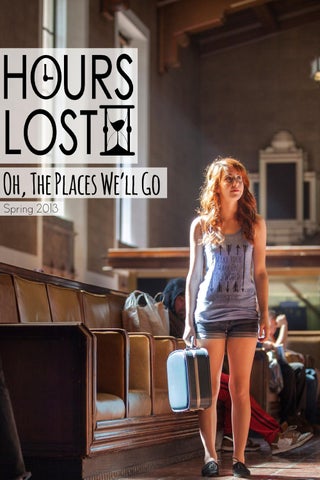 This Is Hours Lost:

A clothing brand based on time, dreams and a “gung-ho” attitude.

A letter from the founder I&#39;m Jenay Ross – the founder and designer of Hours Lost. I&#39;m a Bay Area native, Los Angeles implant with a reputation for being busy almost every second of each day. The most important thing about me? I&#39;m a dreamer and a fighter. College has been a period of time for me to mature and figure out the kind of person I want to be. It hasn&#39;t been an easy balancing act between school, a job, an internship, a small business and attempting to salvage a social life, but it&#39;s all a part of an amazing journey. The idea to create a clothing brand came to me at a very random point in my life in 2011. I was reading the poem “One Art” by Elizabeth Bishop when I came across the line “The hour badly spent.” That bit of poetry spun me into some serious life reflection and I use Hours Lost not only to inspire all of you, but myself as well. To all of you time chasers: Ready? Set. Go seize it. Whatever that “it” may be. With Courage, Jenay Ross

Welcome to the Family

I have Flyleaf and USC&#39;s Daily Trojan to thank for introducing me to photographer Carlo Acenas. In 2010 we were working on the same concert review story for the university&#39;s newspaper. I was providing the words. He was providing the visuals. Over two years later, we&#39;re working together again on a new project. When I was thinking about partnering up with a skilled photographer, he stepped up to the plate. After checking out his latest work, I knew it would be a great collaboration. “I like to work with other entrepreneurs, and with Hours Lost I saw an opportunity to work with a lot of creative people ,” he said. Carlo has been working hard at pursuing a career in photography, specifically in the commerical and advertising realms. “It&#39;s a long road ahead, but I&#39;m looking foward to it,” said Carlo. Right now, he&#39;s spending a lot of time shooting fitness and lifestyle work with a “southern California summer feel.” Keep a look out on his website (www. carloacenas.com) for more information about a philanthropic photography project he&#39;s working on in partnership with a Los Angeles animal shelter. Carlo&#39;s website is a great showcase of his local and international work. Next month, he&#39;ll be heading to Puerto Rico to shoot lifestyle and travel images on the beaches and in the rainforest. Once he&#39;s crosses the stage at USC, he&#39;ll spend some time shooting in the Phillippines. I look forward to seeing where his ambitious character takes him next!

Think about what you&#39;ve accomplished in your life so far and what it took to accomplish it. Are you content? Now think of what you still need to check off of your bucket list; whether it&#39;s taking out the trash (both in a literal and psychological sense), watching every single Ryan Gosling movie, eating that box of chocolate staring you in the face or making your next career move. Life gives us a constant urge to progress and be adventurous, so start checking off that list. The Hours Lost spring 2013 collection, “Oh, The Places We&#39;ll Go”, aspires to kick-start a sense of liberation in you. You are free to make the right decisions for yourself. You are free to ponder, dream, write out a game plan and execute that plan the way you want to. I&#39;m not saying you have to be the next Beyoncé or find the cure for cancer (which would actually be pretty rad). I&#39;m making a statement that says both the little and big things count. If you have an urge to do something that will have a positive effect on your life, what&#39;s holding you back? Imagine the places you could end up if you took a leap of faith. Sure, the struggle is real, but I challenge you to make your mark on the world, because only you can be you.

Currently: Juggling between KXSC, Trojan Vision and two jobs. After college graduation, I want to focus on music and concert/festival production.

Currently: Writing and recording new songs, trying to make tour plans (travel!) and collaborating with other artists in Los Angeles and around the world!

Currently: Performing as a freelance musician with different singers and bandleaders. I&#39;ve been focusing on my first solo EP, funded through Kickstarter.

Bucket List for Next 3 Months: I&#39;m interning with AEG Live right now and would really love to work with Coachella Valley Music and Arts Festival, particularly with any production aspect. In terms of schooling, I&#39;d like to make it out alive. haha. Favortie Quotes “Beware, I bear more grudges than lonely high-court judges. When you sleep, I will creep into your thoughts like a bad debt that you can&#39;t pay.Take the easy way and give in.”-Morrissey Twitter - Radio Show

Bucket List for Next 3 Months: To set up a tour, whether it&#39;s big or small - anything from a West Coast tour to a whole US tour. Or something international! I just want to get on the road and start playing music for people outside of my home. Favorite Quote: ““We shall not cease from exploration. And the end of all our exploring will be to arrive where we started and know the place for the first time.” - T.S. Eliot Facebook - Twitter

Bucklet List ofr Next 3 Months: To be a part of a touring band, whether as a sideman or as an artist myself. It would be awesome to be a part of a fun and funky live band like Bruno Mars&#39; group. I know it&#39;s a long-shot, but a guy can dream, right? Favorite Quote: “To play a wrong note is insignificant; to play without passion is inexcusable” - Ludwig Van Beethoven 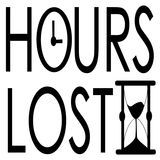