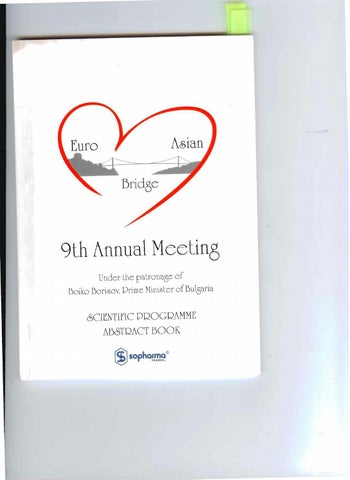 Special Hospital for urgery Fillip II,SkoPJe,Macedonia OBJECTIVE: Aortic valve-reconstructi ve surgery include an armamentarium of procedures, which preserve the aortic cusps in aortic root dilation with aortic insufficiency, The purpose of thi s trial is to specifically outline the surgical indications, to describe the various techniques, and to present results fro m the most current series in aortic valve recosntructive operations , METHODS: During last 12 years we've done aortic reconstructive surgery in 425patients, 90 of them had been with normal root, 298 of them with aortic dissection and 127 with aortic aneurysm. The diagnosis was established on history data and confirmed by tran soesophageal as well as 64 MSCT scan diagnostic, RESULTS: Tyrone David procedure was perform ed in 72pts with aortic dissection, and in 64 with aneurysm, suspension of the aortic annulus was performed in 94pts with dissection and In 97 with aneurysm , and reinforcement of the free margine of the semi lunar leafl et wa s performed in 60pts with prolapsed leaflet, in 20 with dissection and in 18 with aortic aneurysm. Control transoesophageal echo showed re gression of the aortic regurgitati on from +3 on +1 in 98 % only 34 pts (8%) had residua +2. Mortality rate was 4,5% ( 19pts) Follow up period 2-120months. CONCLUSSION: aortic valve reconstructi ve operations are an excellent option for patients with an aortic root aneurysm and normal/minimally diseased aortic cusps ,

M Amosov Na tional institute of cardiovascular surgery NAMS Ukraine, Kyiv Background Aortic root grafting and valve replacement in patients with Marfane syn drome may prevent premature death from aneurysm rupture or aortic dissection . Aim To present many years experience of aortic aneurysms (AA) surgi cal treatment in patients with Marfane syndrome . Materials and methods 204 patients (aged 7 - 57 years, mean 30,6Âą6,8 years) with Marfane symdrome were operated on in the In stitute during 1980 - 20 11 . There were 159 (77,9%) males and 45 (22, 1%) fema les. Diagn OSis of Marfa ne syn dro me was established according to Gent nosology. Diagnos is AA based on th e X-ray end Echo data , CT and aortografia,

Methods From January 2004, 54 patients with Marta n syndrome underwent surgery in our department, of whom 27 underwent AV sparing surgery. We compared the early and late clinical outcomes to a group of 89 non-Marfan patients who had undergone surgery at the same time period . Marfan patients were significanUy younger (33±13 vs 56±16 years ), and had a higher percentage of root aneurysm, compared to ascending aorta aneurysm in the non-Marfan group. More patients in the non· Martan group presented with acute aortic dissection (p=O.023). Results There was 1 early death in the Marfan group and 2 in the non-Marfan group (p=NS). There was no significant difference in other early major complications, which were few in both groups. At follow-up (ranging up to 8 years wi th a mean of 34±25 months), there were no late deaths in the Marfan group and 8 (9%) in the non· Marfan group. Ninety-three percent and 78% of the patients were in NYHA functiona l class I-II in the Marfan and non-Marfan groups respectively. 1 Martan ana 3 non-Marfan patients required re-operation during follow-up. Freedom from recurrent AR >3+ was 92% in both groups. Conclusions AV sparing surgery in Marfan syndrome patients is safe and produces good mid- to long-term clinical outcomes In this group of patients.

OBEJCTlVE: the native aortic valve can be explained with rules of the equal Side triangle , and as a part of the aortic root it is wedged between the heart and the ascending aorta. Beside different types of aortic vC11ve replacements. reconstructive techn iques are increasingly performed to restore normal aortic valve function. Reconstructive techniques themselves catt be divided into isolated reconstruction of aorti c valve/root structures and the Isolated replacement of one or more structures With th is study we evaluated clinical results of reconstructive surgery of the aortic root with 3 leaflets perlcardial patch. METHODS: We created this reconstructive technique using bovine/equine pericardi um, replacing valve cusps on aortic fi brous ring of patient. The leaflets are made from same pericardium from Wll ich other biolog ic val ve prosthesis are done. The rin g of patient's aorta was used as guide for sizing this valve. Leafl ets are implanted separately; using continuous sutures with 2 supported stitches at newly created commisurae, without a stent or sowing ring. Main including criteria was stenosis of tile aortic valve and patients with aortic annuli ring dilatation had been excluded. Intraoperative and postoperative TEE was performed for every created valve.

RESULTS : 178pts wit them got bovine and clamping time was 71 r bypass in combinatic regurgitation . Mortality Conclusions: Aortic Improvement with a sr patients with smal! roo

Objective: We describ agenesis. The Comn prevents cardiac tart Methods: A 64 y4 pain , which then normal, and the mediastinal di!ale ascending aorta minimal pericardi al scan verifie d th e prepared for common femoral huge dilatation of pericardial between the peri relaxation of left cannulation of \lent in RUPV . retrograde and performed a the ostium of calcinosis. We a 21 mechani 183 min, Aortic Results: The on hem idiafragm. In hernidiafrag m In 11th weaned from home in 50th

Following extensive arteriotomy (mea n 4.4±0.7cm for the LAD , 3±0.6 cm for the OM and 3. 2±0.7cm for the RCA) and atheroma remotion (eventually extended to collateral braches),th e dome of the coronary artery was reconstructed with an adequate flap graft of skeleton ized IMA for the LAO(58%)and the OM(23%)and of radial artery for the RCA(1 0% ).The remaining part of the native endarteromized artery forms a posterior gutter giving the origins of collaterals branches. 9 of patie nts underwent coronary EA in multiple distributions. Mean 2.2±0.3 arterial grafts/patient were employed . 53% patients underwent total arteri al myocardial revascula rizatio n. The mean follo w-up was 45±23months.

Results: Hospital mortality was 3.6% (n=1 6). Twenty (4 .5%) patients had a perioperative myocard ial infa rction (MI), of whom 11 in the territory of the endarterectomized vessel. Multiple logistic re gression analysis identlfi ed prolonged AoX time and EF<30% as independent predictors of perioperative death and MI (OR=2.6,CI=1 .87-3 .9,p<0.001; OR=1.2 ,CI=1 .05-1.39 ,p<0 .01, respectively). WithIn one year after surg ery all patien ts ergometri c test and 80% underwent coronary angiog raphy. 14 endarterectomized ve ssels were occl uded (5 LAD, 4 OM and 5 RCA; p=0. 56) . At follow-up, surv ival was 95.4% , with most (93% ,) of the patients symptoms free. In symtomatic patients (n=33,). re-catheterization showed a progress ion of disease in the nonendarterectomized vessels andlor in the vein grafts, and 100% patency in bypass grafts to endartereclomized vessels .. CumUlati ve actuarial survival at 7 years was 96.3% and free-even t cumulallve survival was 93%. The Cox model revealed the LVE F<35%(p=0. 016), age>70 years(p=0.025), NYHA grade"> II I (p=O. 001 9), non TAM R(p=O.002 ) and the preoperative presence of more than one ischemic area(p<O. 001 ) as strong predictors for poor overall cum ulati ve free-event survival. Conclusions: This technique enhances the probability to achieve a complete and arterial revascu larization in patients with an unfavourable anatomical substrate with acceptable operative risk and good long-term resu lts . T he predictors fo r poor ove rall free-event survival seem to be similar to the general population underg oing conventional CAB G.

OBJECTIVE : An increasing number of patients with peripheral and carotidal vascular disease are undergoing coronary artery bypass grafting. Such patients have an increased risk of adverse outcomes. Our aim was to quantify the effect of on time cardiop ulmonary bypass in this group of patients. METHODS: Between March 2006 an d March 2012 , 6090 consecutive patients underwent coronary artery bypass graftin g; 1730 (28.4%) had combined coronary, peripheral and carotidal vascular disease We used multivariate logistiC regression analysis to assess the effect of multimorbidity on post-operative in-hospital mortality and morbidity. 30

MPh OBJ ECTIVE: Interventional tech niques available for use in treating congenital heart disease include ba lloon dilation of valves and vessels, stent placement and coil embolization of collaterals, patent ducts an d other arterial fistul ae . In addition , a variety of devices for closure of atrial and ventricul ar septal defects and patent ducts currently are under investigation. Radiofrequency ablation of arrhythmias also is applicable to the pediatric population METHODS: During tast 8 years 253 patients with congenital heart disease had been treated with interventional procedures in our hospital. All of them had been diagnosed by transthoracic and tra nsoesophageal echocardiograpfy. All patients had one day hospitalization. RESULTS: 123pts with atrial septal defects had been occluded with amplatzer septal occluder, 43pts had interventional closure of the persistent arterial channel between aorta and pulmonary artery by amplatzer AGA vascular plug et coil, 8 pts got ventricular septal defect occlusion by amplatzer septal occl uder; balloon valvuloplasty of the congenital aortic valve sten osis was performed In 5 pts. and ball oon valvuloplasty for pulmonary vahle stenosis was performed in 52 pts .Aortic stent for treatment of the aortic coarctation was implanted in 19pts.With an anpiatzer AGA va scular plug coronary AV fistula was occluded in 3 pis. No mortality and no complications were noted. Follow up period is up t08years . CONCLU SION: interventional catheterizatio n has become solidified as an integra! component of the comprehensive management of patients with essentially all forms of congenital heart disease . Patients are getting permanent solution with minimum side-effects of their health.

OBJECTIVE:Aortoectasia with a severe aortic regurgitation and coarctation of the descending aorta can be successfull y treated with a hybrid strategy. 8alloon expandable stents have bee n used to manage coarctation of the aorta, and in a second step Tyrone David reconstruction have been performed for reconstruction of the ascending aorta in to the normal morphology METHOD:T. T. 22y old patient with a history for a hypertensive disease, and a frequent chest pain an fatigue h d been diagnosed for aortoectasia (?cm ascending aorta with a evere aortic regurgitation and aortic coarctation by echocardlography and multisllce compute red tomography RESULT: In a first step patien t got primary stenting with all immediate relief of the gradient. All antlhypertensiv medications were iscontin ued immediately. After 5 months patient got a surgery in a second slep, preserving a nature aorti c leaflets into th e Dacron graft and with relmplanlalion of the both coronary arteries. Control transoesophageal echoca rdiography and CT scan showed normal morphology of the ascending ao rta , no regurgitate jet trough the aortic valvula, no pressure gradi ent on the descending aorta. CONCLUSION: In patients with coarctation of the aorta and aortoectasia , stent implantation may be a fea sible and improved option to rel ieve the stenosis in a first step, allowing for surg ical reconstruction of the aortic root. Patien t had a normal quality of life after surgery, follow up period 2, 5 years.

Anomalous Ci rcumflex Coro nary Artery is a common coronary anomaly. It s

successfully with bentall operation . Literature review and technical points that were

different in this case, are prese nted.