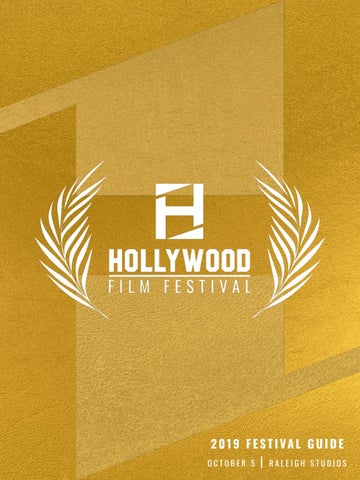 “Hollywood is much more than a dynamic thought-leading community of artists and innovators. It is a leading international tourism destination and hometown to a global entertainment industry. For many people around the world, Hollywood is also a dream and somewhere right now a young girl with a story to tell is picking up her first camera. Somewhere else a young boy is hoping to be inspired by great stories and saving his money for a ticket to the movies or perhaps to buy his first smartphone. Whenever and wherever in the world those two dreams meet, it is there and then the future success of Hollywood will be built. That is why we work hard year round to leverage the vast storytelling and promotional resources of Hollywood to empower our generation's greatest storytellers. Welcome to the 2019 Hollywood Film Festival, setting the gold standard in global entertainment as we search the world for today's most inspiring films and tomorrow’s most exceptional emerging artists. Come celebrate ‘the best of the best’ in film and entertainment, as we honor Hollywood’s past, present ad future. Please join us in building a more inspiring, inclusive, and international future legacy for Hollywood.”

2019 HOLLYWOOD FILM FESTIVAL HOLLYWOOD CONVERSATIONS Defining the Value of Artistic Expression, Intellectual Property & The Future of the Hollywood Audience Experience 100 Years ago, Douglas Fairbanks, Mary Pickford & Charlie Chaplin came together at what is now Raleigh Studios to form United Artists, giving Actors a greater Voice at the Hollywood studio table than ever before. To honor their vision, we invite you to pull up a chair to our Hollywood table for a series of Industry & Audience Conversations about the critical issues, ideas, and innovations of today that will redefine the future legacy of Hollywood’s tomorrow for the next 100 years SESSION 1: THE FUTURE OF HOLLYWOOD 9:30 a.m. Future of Artistic Expression? Hollywood at the Convergence of 5G, AR, VR, MR & AI Chadwick Turner, Simulated Ventures (Moderator) Lisa Gerber, CISCO Variety Social Media Tom Bagamame

10:30 a.m. Tech, Talent or Tweets? Is artistic value in Holyrood driven more by an actor’s artistic talent social networking skills? Is the entertainment value measured by who sees it on the screen or who rates it online? Kate Maberly (Moderator) Niki Charmmane Golan Ramraz Josh Hellman Jennifer Alcott

SESSION 2: THE FUTURE OF HOLLYWOOD’S FILM FESTIVAL Leveraging the Power of Hollywood to Inspire Innovation, Imagination, and Impact in the Lives and Local Communities of our Audiences. 1:30 p.m. The Wakening African Diaspora Building Bridges Between Africa & Hollywood Experience

Future of the Theatrical Experience?

‘Falling’ Narrative Feature | 2016 & 2018 Directed by: Ali Askari Starring: Josh Hellman, Yael Stone, Jennifer Alcott & Paul Sorvino Synopsis: After the death of his wife, Sarah (Yael Stone, Orange is the New Black), young widower Malcolm (Josh Hellman, Fury Road) is reluctantly trying to put his life back together with the help of his plucky sister-in-law, Dee. When he meets Nya, a free spirited young woman, things seem to be looking up… until he starts seeing his dead wife everywhere, and she's not too happy about the fact that he's dating again.

2019 HOLLYWOOD FILM FESTIVAL HOLLYWOOD HONORS More than a Hollywood ‘party’, it's a Hollywood 'experience' that begins the moment you set foot on the lot. Upon arriving at Raleigh Studios, you'll be guided to the event where we begin with a Red Carpet Reception and proceed with an unforgettable evening of live entertainment and special announcements as we celebrate the past, present and future of Hollywood. Join us for delectable fare and distinctive libations. As for the dress code, it's 'anything goes'. Come as you are or as you want to be. No rules, just right. It's Hollywood after all. 5:00 p.m. Red Carpet Cocktail Reception 7:00 p.m. Dinner 7:00 p.m. Hollywood Honors Party

A SPECIAL THANK YOU TO OUR SPONSORS

THANK YOU TO OUR IN-KIND SPONSORS 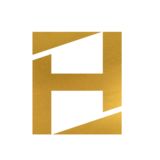