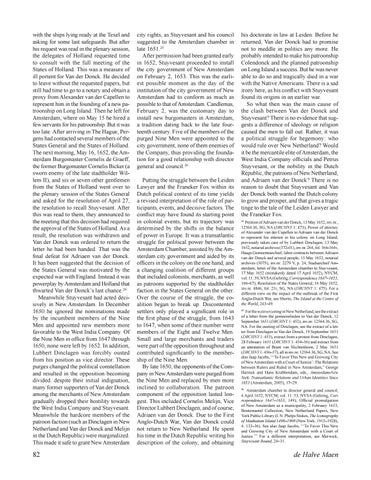 with the ships lying ready at the Texel and asking for some last safeguards. But after his request was read in the plenary session, the delegates of Holland requested time to consult with the full meeting of the States of Holland. This was a measure of ill portent for Van der Donck. He decided to leave without the requested papers, but still had time to go to a notary and obtain a proxy from Alexander van der Capellen to represent him in the founding of a new patroonship on Long Island. Then he left for Amsterdam, where on May 15 he hired a few servants for his patroonship. But it was too late. After arriving in The Hague, Pergens had contacted several members of the States General and the States of Holland. The next morning, May 16, 1652, the Amsterdam Burgomaster Cornelis de Graeff, the former Burgomaster Cornelis Bicker (a sworn enemy of the late stadtholder Willem II), and six or seven other gentlemen from the States of Holland went over to the plenary session of the States General and asked for the resolution of April 27, the resolution to recall Stuyvesant. After this was read to them, they announced to the meeting that this decision had required the approval of the States of Holland. As a result, the resolution was withdrawn and Van der Donck was ordered to return the letter he had been handed. That was the final defeat for Adriaen van der Donck. It has been suggested that the decision of the States General was motivated by the expected war with England. Instead it was powerplay by Amsterdam and Holland that thwarted Van der Donck’s last chance.24 Meanwhile Stuyvesant had acted decisively in New Amsterdam. In December 1650 he ignored the nominations made by the incumbent members of the Nine Men and appointed new members more favorable to the West India Company. Of the Nine Men in office from 1647 through 1650, none were left by 1652. In addition, Lubbert Dinclagen was forcibly ousted from his position as vice director. These purges changed the political constellation and resulted in the opposition becoming divided: despite their initial indignation, many former supporters of Van der Donck among the merchants of New Amsterdam gradually dropped their hostility towards the West India Company and Stuyvesant. Meanwhile the hardcore members of the patroon faction (such as Dinclagen in New Netherland and Van der Donck and Melijn in the Dutch Republic) were marginalized. This made it safe to grant New Amsterdam

city rights, as Stuyvesant and his council suggested to the Amsterdam chamber in late 1651.25 After permission had been granted early in 1652, Stuyvesant proceeded to install the city government of New Amsterdam on February 2, 1653. This was the earliest possible moment as the day of the institution of the city government of New Amsterdam had to conform as much as possible to that of Amsterdam. Candlemas, February 2, was the customary day to install new burgomasters in Amsterdam, a tradition dating back to the late fourteenth century. Five of the members of the purged Nine Men were appointed to the city government, none of them enemies of the Company, thus providing the foundation for a good relationship with director general and council.26 Putting the struggle between the Leiden Lawyer and the Franeker Fox within its Dutch political context of its time yields a revised interpretation of the role of participants, events, and decisive factors. The conflict may have found its starting point in colonial events, but its trajectory was determined by the shifts in the balance of power in Europe. It was a transatlantic struggle for political power between the Amsterdam Chamber, assisted by the Amsterdam city government and aided by its officers in the colony on the one hand, and a changing coalition of different groups that included colonists, merchants, as well as patroons supported by the stadtholder faction in the States General on the other. Over the course of the struggle, the coalition began to break up. Discontented settlers only played a significant role in the first phase of the struggle, from 1643 to 1647, when some of their number were members of the Eight and Twelve Men. Small and large merchants and traders were part of the opposition throughout and contributed significantly to the membership of the Nine Men. By late 1650, the opponents of the Company in New Amsterdam were purged from the Nine Men and replaced by men more inclined to collaboration. The patroon component of the opposition lasted longest. This included Cornelis Melijn, Vice Director Lubbert Dinclagen, and of course, Adriaen van der Donck. Due to the First Anglo-Dutch War, Van der Donck could not return to New Netherland. He spent his time in the Dutch Republic writing his description of the colony, and obtaining

his doctorate in law at Leiden. Before he returned, Van der Donck had to promise not to meddle in politics any more. He probably intended to make his patroonship Colendonck and the planned patroonship on Long Island a success. But he was never able to do so and tragically died in a war with the Native Americans. There is a sad irony here, as his conflict with Stuyvesant found its origins in an earlier war. So what then was the main cause of the clash between Van der Donck and Stuyvesant? There is no evidence that suggests a difference of ideology or religion caused the men to fall out. Rather, it was a political struggle for hegemony: who would rule over New Netherland? Would it be the mercantile elite of Amsterdam, the West India Company officials and Petrus Stuyvesant, or the nobility in the Dutch Republic, the patroons of New Netherland, and Adriaen van der Donck? There is no reason to doubt that Stuyvesant and Van der Donck both wanted the Dutch colony to grow and prosper, and that gives a tragic tinge to the tale of the Leiden Lawyer and the Franeker Fox. 24 Petition of Adriaen van der Donck, 13 May 1652, inv.nr., 12564.36, SG, NA (DRCHNY 1: 473); Power of attorney of Alexander van der Capellen to Adriaen van der Donck to represent his interest in his colony on Long Island, previously taken care of by Lubbert Dinclagen, 13 May 1652, notarial archives (372-01), inv.nr. 264, fol. 164-164v, Haags Gemeentearchief; labor contracts between Adriaen van der Donck and several people, 15 May 1652, notarial archives (5075), inv.nr. 2279 V, p. 24, Stadsarchief Amsterdam; letter of the Amsterdam chamber to Stuyvesant, 17 May 1652 (mistakenly dated 17 April 1652), NYCM, vol. 11: 59, NYSA (Gehring, Correspondence 1647–1653, 166–67); Resolution of the States General, 16 May 1652, inv.nr. 4846, fol. 21r, SG, NA (DRCHNY 1: 475). For a different view on the impact of the outbreak of the First Anglo-Dutch War, see Shorto, The Island at the Centre of the World, 243–49. 25 For the wetsverzetting in New Netherland, see the extract of a letter from the gemeenslieden to Van der Donck, 12 September 1651 (DRCHNY 1: 452), inv.nr. 12564.36, SG, NA. For the ousting of Dinclagen, see the extract of a letter from Dinclagen to Van der Donck, 19 September 1651 (DRCHNY 1: 453), extract from a protest from Dinclagen, 28 February 1651 (DRCHNY 1: 454–56) and extract from an attestation of Brant van Slichtenhorst, 2 May 1651 (DRCHNY 1: 456–57), all in inv.nr. 12564.36, SG, NA. See also Jaap Jacobs, “‘To Favor This New and Growing City of New Amsterdam with a Court of Justice’: The Relations between Rulers and Ruled in New Amsterdam,” George Harinck and Hans Krabbendam, eds., Amsterdam-New York. Transatlantic Relations and Urban Identities Since 1653 (Amsterdam, 2005), 17–29. 26 Amsterdam chamber to director general and council, 4 April 1652, NYCM, vol. 11: 53, NYSA (Gehring, Correspondence 1647–1653, 149); Official promulgation of New Amsterdam as a municipality, 2 February 1653, Bontemantel Collection, New Netherland Papers, New York Public Library (I. N. Phelps Stokes, The Iconography of Manhattan Island 1498–1909 (New York, 1915–1928), 4: 133–36). See also Jaap Jacobs, “‘To Favor This New and Growing City of New Amsterdam with a Court of Justice.’” For a different interpretation, see Merwick, Stuyvesant Bound, 24–31.

de Halve Maen is the publication of the Holland Society of New York. 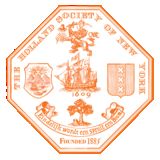 The Holland Society of New York 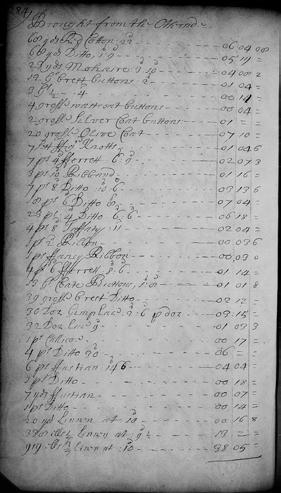 For the chairmanship of the committee, see resolutions of 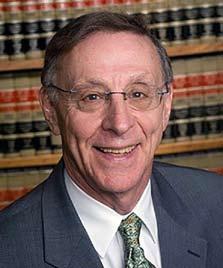 Resolution of the Chamber Amsterdam, 12 May 1652