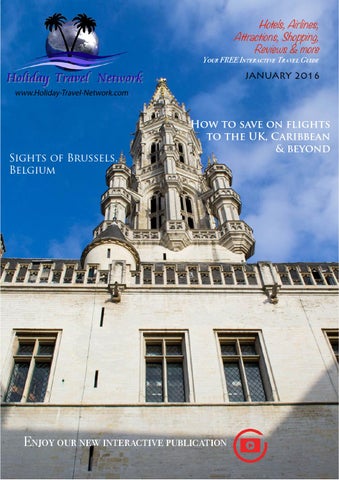 How to save on flights to the UK, Caribbean & beyond

Happy New Year !! We hope that everyone had a great Holiday Season for 2015 and ready to embrace 2016 with new adventures and destinations. This year we will be featuring many new and exciting destinations with in-depth reviews and advice. In our first issue of the year we feature some of the sights and sounds of Brussels, Belgium and reviews on one of the best travel deals to the Caribbean. Coming in the following months: Atomium review in Brussels, highlights of Prague and more.

Get the latest updates and specials via our social media

Four Seasons Hotel London at Park Lane With an ideal location in the centre of London, between Hyde Park and Buckingham Palace Gardens, this Park Lane hotel boasts stunning city views. There is free Wi-Fi throughout. Rooms at Four Seasons Hotel London at Park Lane are elegant and modern, with sleek design. Many have picturesque views, and all benefit from a contemporary bathroom and a TV. The hotelâ&#x20AC;&#x2122;s Amaranto restaurant, lounge and bar serves an Italian-inspired menu â&#x20AC;&#x201C; with in-room dining also possible in the comfort of your own private space. Guests can enjoy delicious breakfasts, lunch, evening meals and afternoon tea. In the heart of Mayfair, the hotel is just a 15-minute walk from the world-famous shops of Oxford Street. Harrods is less than a kilometer from the building.

Havana Air to offer online booking for Cuba flights from January 1st MiamiHerald (Jane Wooldridge) Miami-based Havana Air says it will be become the first airline to offer real-time online booking for flights to Cuba when it launches its new booking engine January 1. The move is the latest effort to claim market share in the burgeoning battle over air travel between the U.S. and Cuba, following an announcement last week that the two countries planned to resume regularly scheduled commercial flights. Last week, American Airlines â&#x20AC;&#x201D; which has long operated charters to Cuba â&#x20AC;&#x201C; announced it had reached an agreement with the island governent to establish regular service, pending approval by the U.S. Department of Transportation. Silver Airways, JetBlue and United have also expressed interest in offering scheduled flights. The flights bookable on Havana Airâ&#x20AC;&#x2122;s website, havanaair.com, will be the 85-plus charter flights the company currently operates each month. Travelers will also be able to handle all required authorization forms and purchase visas online, the company said. Tourism by Americans to Cuba is not legal, but Americans traveling for one of 12 authorized purposes may visit the island without advance authorization from the U.S. government.

At the World Airline Awards ceremony at Paris Airshow, Skytrax announced the world's Top 100 Airlines in 2015, voted for by airline customers around the world.

Skytrax World Airline Awards, described as "the Oscars of the aviation industry", are coveted Quality accolades for the world airline industry, and a global benchmark of airline excellence.

Grand Hotel,Bansko, Bulgaria Grand Hotel Bansko is a hotel complex in Bansko, located at the foot of the beautiful Pirin Mountains and a 5-minute drive away from the ski lift. Shuttle service to the ski slopes is also available and is free of charge. Grand Hotel Bansko includes a lobby bar, the Rococo night club and a casino with roulette table and various game machines. At the night club, you can dance and enjoy exotic rhythms until the early hours. The spa centre features massage rooms, 4 different saunas, a sun bed, a hot tub, a spa bath, a Turkish bath, and a relaxation room. A wide variety of healthy and relaxing treatments are also offered. There are an indoor and an outdoor pool, as well as childrenâ&#x20AC;&#x2122;s outdoor and indoor pool. The property features a restaurant, which serves a wide variety of tasty local and international food, including vegetarian dishes. Guests can also buy ski passes at the hotel.

Sights of the Holidays 15

Travel to Europe or the Caribbean at a fraction of the cost ! THOMAS COOK AIRLINES... BARBADOS - MANCHESTER REVIEW (Premium Class)

In the heart of the winter season most persons try to escape the snow and cold weather by venturing off to a sunny Caribbean island. However, some use this same time to escape the sunshine and spend cold holidays with friends and family. With the high airfare to and from the United Kingdom, partially due to the increased APD (Air Passenger Duty) most travelers have all but given up on taking that sought after vacation. However there’s a great untaped and economical option most are unaware of. Thomas Cook Airlines operates many charter flights throughout the winter period to and from a number of Caribbean destinations including, Barbados, St. Lucia, Antigua and Punta Cana to name a few. One of the more popular routes for such an escape leaves Manchester in the United Kingdom two or three times a week depending on your destination. By comparison, the average return trip from Manchester to Barbados would cost approximately €700 (depending on your dates selected) vs well over €900 from Gatwick on one of the major carriers. Premium seats can actually drop to as low as €300 for a one way to Manchester from the Caribbean! This unheard of special is one not to be missed if you’re looking for a winter escape. Our team recently took advantage of a Premium Class flight from Barbados to Manchester to give you a first hand idea of what Thomas Cook offers vs the other major carriers. One of the first savings made when purchasing a Premium Class ticket is the free choice of seats (a €20 option in economy). With a 2/4/2 layout in the Premium section, it’s not too crowded nor does it feel cluttered. The checkin process is also smooth and painless with a dedicated check-in counter and friendly ground staff at Seawell Air Services. Boarding is done first to Premium, followed immediately by any transit passengers (on this flight it was shared with St. Lucia) then economy. If traveling to or from any destination in the winter season, early boarding is an added plus to secure overhead cabin space which is often filled quickly with thick winter coats. 19

The extras offered in this cabin are best described as....endless. From arrival to your seat you’re provided with a soft blanket and pillow. Just as you get settled in, the crew is on hand to offer a glass of orange juice or sparkling wine, followed by a pretzels as a small snack before take-off. But before that can happen you’re presented with an amenity pack including headphones, earplugs, face mask and a few other items. Premium drinks we complimentary and dinner service was also preceeded by the regular soft drinks and juices. Dinner selection is provided with two choices as most airlines offer, however you’re provided a fairly well prepared James Martin meal. Despite a torrential downpour in Barbados which delayed boarding (Barbados still remains one of the few Caribbean islands without jet bridges), the flight still left on-time. Each seat provides you with your own personal large touchscreen monitor offering a wide variety of new movies (in different languages), TV shows, music and flight status display. Even though the seats had a good improvement of room over the economy section, the lack of movable hand-rests could be an issue for some especially those trying to find a suitable position to sleep. Breakfast is served about an hour before arrival and is somewhat basic as it didn’t include an hot meal which was a bit surprising. A cold towel followed by an amazingly smooth landing wrapped up this interesting experience with Thomas Cook Airlines. So if you’re looking to jet off to the Caribbean or UK during the winter season, be sure to check them out and save on your next vacation. You’ll be pleasantly surprised and see exactly why they have been voted the World’s Leading Charter Airline for 2015!

or high-net-worth flyers, the "on-demand" economy means more than just conjuring a movie, pizza or booty call at the tap of an iPhone screen. Flyers of a certain status want to be able to book a private jet at a moment's notice. "Click, book, buy and pay, that's our raison d'etre," says Clive Jackson, CEO and founder of Victor, an Uberlike app (only instead of taxis, you book private jets). Victor's growth (an average of 142.93% per annum over the last three years) helps tell the story of an industry on the rebound: private jet travel. Since the 2008 recession, private jets have not exactly been a financial priority, even for the uber-rich. This year, however, there has been an uptick in jet charter bookings for the first time in years, at least in Western Europe. The recently released Victor Private Jet Travel Report, which incorporates independent research from WingX -- highlights how (and where) this $14 billion industry is growing. In Europe, France has the biggest appetite for private jet travel, followed by Germany and the United Kingdom. "It shows that the French have a lot of international interests and significant ambition to continue to grow and beat the rest of Europe in taking a bigger slice of that global pie," says Jackson. "They're more willing to justify an aircraft as a business tool that will give them a competitive advantage." 25

Like a time machine for the rich Chartering a jet doesn't necessarily offer a better service than a first-class ticket, and the price is on par -- if not more expensive (roughly $6,000 for a one-way, short-haul ticket). What it does have above commercial flight is a considerable saving in time. "Our consumers want to get many more hours out of a single day, which we know is impossible, but if done correctly, private flight can feel like a time machine," says Jackson. Compared to commercial flight, private jet charter is fast and flexible. Customers can get on a plane an hour after booking and not suffer the rigmarole of airport security. They can also be picked up and dropped off at smaller, private airports closer to their desired destination, and can turn their cabin into a miniature office during flight. Jackson describes a recent customer who used Victor to fly from London to Geneva for an 11 a.m. meeting, back to the UK for an afternoon lecture, into Paris for a speech at a fundraising event, then back into London by 10 p.m. "If he hadn't been able to put together his own itinerary with that jet program, it would have been mission impossible," notes Jackson. The 'empty leg' discount Making the connection between supply and demand less obscure has also helped bring down the price of private jets. For example, if an operator has an "empty leg," -- that is, they've flown someone one way and face a potentially empty cabin on the return flight -- they can offer a discount for that leg of the journey. In this way, private flight has become more affordable, and more accessible, than ever before. Victor is one of several companies that offer the discounted "empty leg" option, in addition to PrivateFly, a European charter company, and U.S. charter company JetSuite, which posts several empty leg sales daily (they dub these "SuiteDeals") via Facebook and Twitter. These range from $499 to $1,499 for one leg of a journey on either a Phenom 100 (which seats up to four) or a CJ3 (which can seat six). That price is not per person; it's per aircraft. "Some of those trips are silly, like Santa Monica to Van Nuys. But sometimes you can get an entire plane for $499 that flies from Los Angeles to New York, and you can split the price between four people," says JetSuite CEO Alex Wilcox. Granted, he notes, "that's a rarity."

Above: Atomium (full review coming in our February 2016 edition) 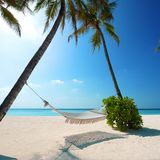 New for 2016 we present our fully interactive digital publications !! Featured in this issue you'll find sights & sounds of Brussels, Belgiu...

New for 2016 we present our fully interactive digital publications !! Featured in this issue you'll find sights & sounds of Brussels, Belgiu...