Assess selective attention and concentration with d2-R In its newest iteration, the d2-R has become one of the most widely-used measures of attention – particularly visual attention – throughout Europe. Used not only within clinical and educational settings, it is also used within call centres, the pharmaceutical and transport sectors, and in areas such as sports psychology.

How does d2-R work? The online d2-R consists of 14 screens in succession, each having 60 symbols laid out in six rows of 10. Each symbol consists of a ‘d’ or ‘p’ marked with one, two, three or four small dashes. The test taker must scan the lines and cross out all occurrences of the letter ‘d’ with two dashes while ignoring all other characters. The assessment takes just 10 minutes to complete and has norms for ages 18 to 55 years. The d2-R measures a variety of facets, including: • Processing speed • Accuracy of visual scanning • Coordination of speed and accuracy • Control of attention • Inhibitory control • Cognitive flexibility • Consistency in work speed and persistence • Rule compliance • Motivation for the tasks

What’s new in the latest revision? The d2-Revised was published in 2016 and includes the following enhancements: • An additional practice phase to enhance test taker understanding. • The removal of ceiling effects by extending the length of the test lines. • New 2015 norms for the UK (n=606) and Europe (n=2100), incorporating data from the Czech Republic, Denmark, Finland, France, Germany, Italy, the Netherlands, Norway, Sweden and the UK.

How can I start using d2-R? The d2-R is available online via our Hogrefe Testsystem 5 with discounted options for self-administration (via our subscription option) or our hands-off Hogrefe administration, which includes candidate set-up and report download. The d2-R is also available in paper and pencil format – contact us to discuss the best fit for you.

One company’s experience When we first started working with Nottingham City Transport (NCT) back in 2005, they faced a host of problems, including a trainee dropout rate of one in three, representing a sizeable financial loss for the company. In addition, 25% of their drivers were close to retirement. It was clear that better assessment of candidate suitability was necessary prior to beginning training, in order to address these issues. A pilot project that allowed NCT to trial several Hogrefe tests revealed that the d2 Test of Attention and the NEO Personality Inventory were most predictive of job performance. The d2 ensures drivers can maintain the basic focus of attention needed to drive a bus safely through the city centre, and the NEO gave insight into their temperament. After implementing the new testing process, including the NEO and the d2, NCT’s dropout rate fell from one in three to one in ten, making a huge difference to the company’s finances.

“The inclusion of Hogrefe psychometric tests early on in the process has allowed us to make better and fast decisions. We are so confident in the test results now that we even use adverse results as reason to stop the assessment straight away.” Nottingham City Transport

As NCT’s experience has demonstrated, assessing personality together with attention can offer more indepth and valuable insight. It can also save valuable resources – NCT estimates savings of £1.2 million using d2 with the NEO.

About us Hogrefe Ltd is part of the Hogrefe Group, with companies and partnerships throughout the world. We publish more than 700 scientifically developed, objective psychometric tools for business, health and education professionals. We have over 35 journals and bring around 200 books to market each year. Established over 60 years ago, we are still family owned, still secure and still growing.

Also available from Hogrefe NEO Personality Inventory (3rd Edition): The NEO is the gold standard assessment of the Five Factor Model of personality. Unlike traditional workplace measures, which shy away from the assessment of emotional stability, the NEO-PI-3 provides the most comprehensive approach to assessing temperament and behavioural style in the workplace. Use the NEO for candidate selection, talent development, team building and coaching. Power and Performance Measures (PPMs): The PPMs are a battery of nine aptitude and ability tests designed to meet the demands of occupational test users seeking high levels of reliability, validity and flexibility. Each of the nine tests can be administered singly to test a test takerâ&#x20AC;&#x2122;s ability level in any of the nine areas represented. Alternatively, the complete battery can be used for vocational guidance where meaningful distinctions between different abilities need to be ascertained in order to provide a test taker with a detailed picture of his/her aptitudes and abilities. Bochum Matrix Test, Advanced Short Version (BOMATSHORT): The BOMAT is used to measure general intelligence and intellectual capacity in the upper cognitive ability range. The assessment measures the analytic and integrative operations involved in complex reasoning. The BOMAT makes it possible to clearly distinguish, with regards to general intelligence and intelligence capacity, between individuals of marked intellectual ability. 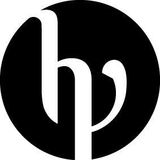