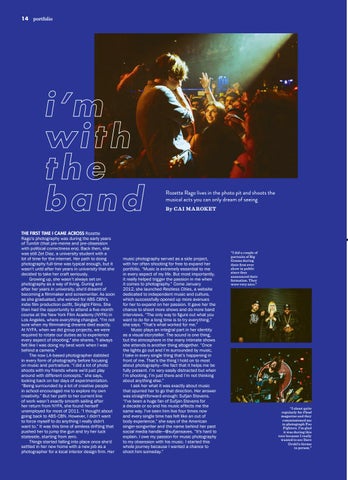 THE FIRST TIME I CAME ACROSS Rozette Rago’s photography was during the early years of Tumblr (that pre-meme and pre-obsession with political correctness era). Back then, she was still Zet Diaz, a university student with a lot of time for the internet. Her path to doing photography full-time was typical enough, but it wasn’t until after her years in university that she decided to take her craft seriously. Growing up, she wasn’t always set on photography as a way of living. During and after her years in university, she'd dreamt of becoming a filmmaker and screenwriter. As soon as she graduated, she worked for ABS-CBN's indie film production outfit, Skylight Films. She then had the opportunity to attend a five-month course at the New York Film Academy (NYFA) in Los Angeles, where everything changed. "I'm not sure when my filmmaking dreams died exactly. At NYFA, when we did group projects, we were required to rotate our duties as to experience every aspect of shooting," she shares. "I always felt like I was doing my best work when I was behind a camera." The now LA-based photographer dabbled in every form of photography before focusing on music and portraiture. “I did a lot of photo shoots with my friends where we'd just play around with different concepts,” she says, looking back on her days of experimentation. “Being surrounded by a lot of creative people in school encouraged me to explore my own creativity.” But her path to her current line of work wasn’t exactly smooth sailing after her return from NYFA, she found herself unemployed for most of 2011. “I thought about going back to ABS-CBN. However, I didn't want to force myself to do anything I really didn't want to.” It was this time of aimless drifting that pushed her to jump the gun and try her luck stateside, starting from zero. Things started falling into place once she’d settled in her new home with a new job as a photographer for a local interior design firm. Her

music photography served as a side project, with her often shooting for free to expand her portfolio. “Music is extremely essential to me in every aspect of my life. But most importantly, it really helped trigger the passion in me when it comes to photography.” Come January 2012, she launched Restless Cities, a website dedicated to independent music and culture, which successfully opened up more avenues for her to expand on her passion. It gave her the chance to shoot more shows and do more band interviews. “The only way to figure out what you want to do for a long time is to try everything,” she says. “That’s what worked for me.” Music plays an integral part in her identity as a visual storyteller. The sound is one thing, but the atmosphere in the many intimate shows she attends is another thing altogether. “Once the lights go out and I’m surrounded by music, I take in every single thing that’s happening in front of me. That’s the thing I hold on to most about photography—the fact that it helps me be fully present. I’m very easily distracted but when I’m shooting, I’m just there and I’m not thinking about anything else.” I ask her what it was exactly about music that spurred her to go that direction. Her answer was straightforward enough: Sufjan Stevens. “I've been a huge fan of Sufjan Stevens for a decade or so and his music affects me the same way. I've seen him live four times now and every single time has felt like an out of body experience,” she says of the American singer-songwriter and the name behind her past social media handle—@sufjansaves. “It's hard to explain. I owe my passion for music photography to my obsession with his music. I started this whole journey because I wanted a chance to shoot him someday.”

“I did a couple of portraits of Big Grams during their first ever show in public since they announced their formation. They were very nice.”

“I shoot quite regularly for Flood magazine and they commissioned me to photograph Foo Fighters. I’m glad it was during this tour because I really wanted to see Dave Grohl’s throne in person.” 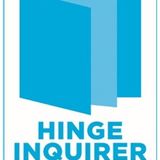 Scrappy. Creative. Curious. These are the words that describe Scout, the only free publication designed for millennials that focuses on thei...

Scrappy. Creative. Curious. These are the words that describe Scout, the only free publication designed for millennials that focuses on thei...