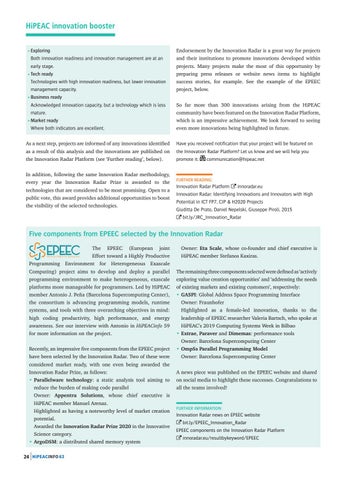 • Exploring Both innovation readiness and innovation management are at an

and their institutions to promote innovations developed within

projects. Many projects make the most of this opportunity by

success stories, for example. See the example of the EPEEC

• Business ready Acknowledged innovation capacity, but a technology which is less

So far more than 300 innovations arising from the HiPEAC

community have been featured on the Innovation Radar Platform, which is an impressive achievement. We look forward to seeing

even more innovations being highlighted in future.

Where both indicators are excellent. As a next step, projects are informed of any innovations identified

Have you received notification that your project will be featured on

the Innovation Radar Platform? Let us know and we will help you

In addition, following the same Innovation Radar methodology, every year the Innovation Radar Prize is awarded to the technologies that are considered to be most promising. Open to a public vote, this award provides additional opportunities to boost the visibility of the selected technologies.

Five components from EPEEC selected by the Innovation Radar The

Effort toward a Highly Productive

The remaining three components selected were defined as ‘actively

systems, and tools with three overarching objectives in mind:

Highlighted as a female-led innovation, thanks to the

leadership of EPEEC researcher Valeria Bartsch, who spoke at

awareness. See our interview with Antonio in HiPEACinfo 59

for more information on the project.

Recently, an impressive five components from the EPEEC project

Owner: Barcelona Supercomputing Center have been selected by the Innovation Radar. Two of these were

considered market ready, with one even being awarded the Innovation Radar Prize, as follows:

A news piece was published on the EPEEC website and shared

on social media to highlight these successes. Congratulations to

all the teams involved!

This issue includes a special feature on European cascade funding, which is powering innovation across Europe, as well as the latest in EU-funded high-performance and embedded systems research. Plus a look at future computing systems with recommendations from the HiPEAC Vision 2021, a processing-in-memory breakthrough, the EU's Innovation Radar and much more. 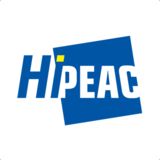 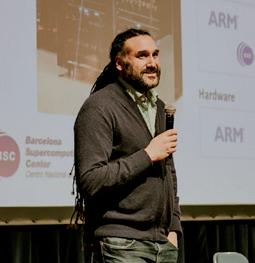 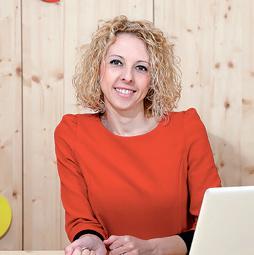 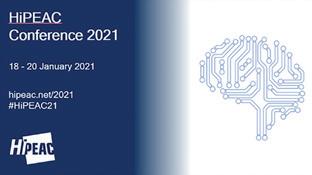 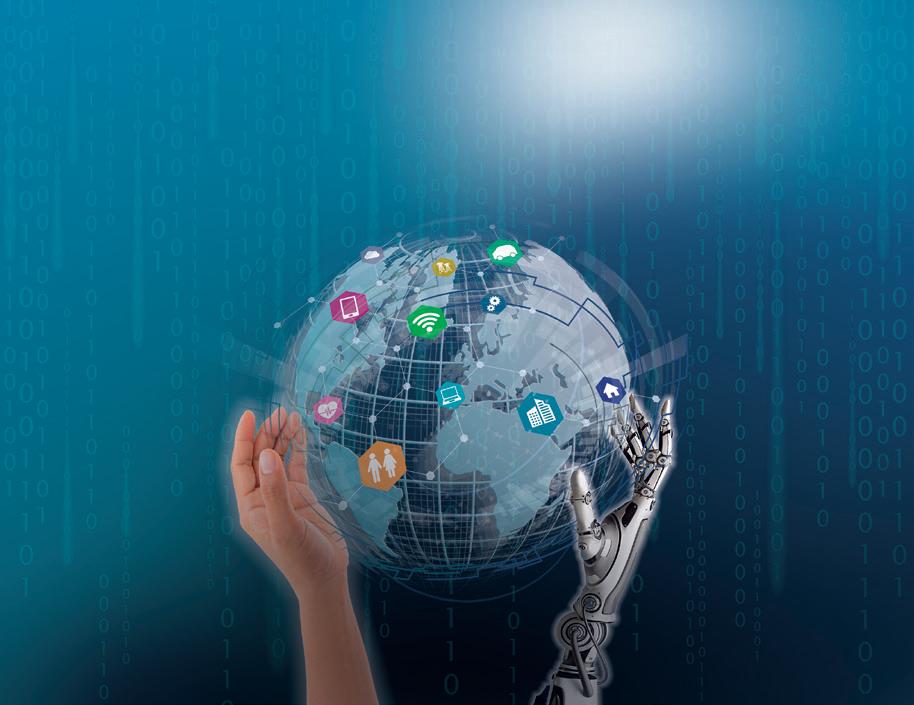 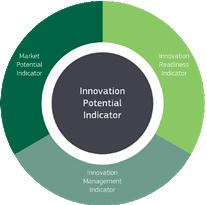 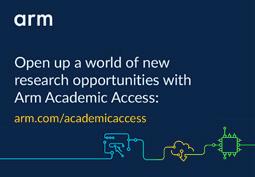 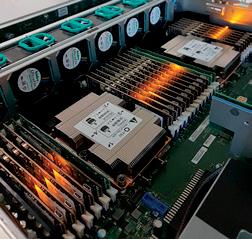 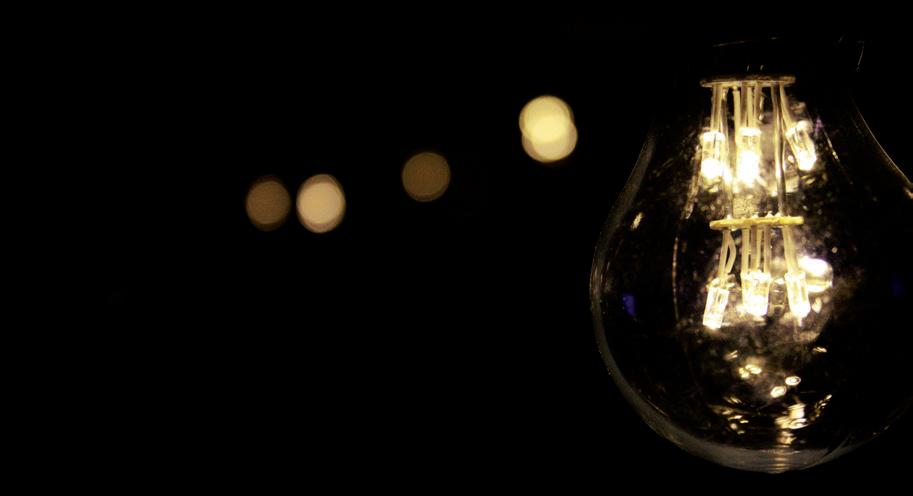 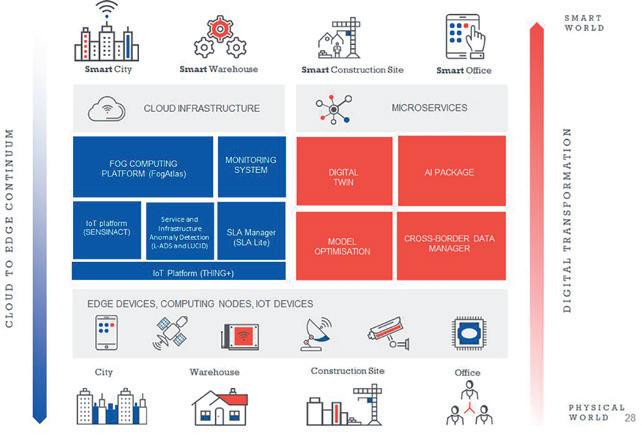 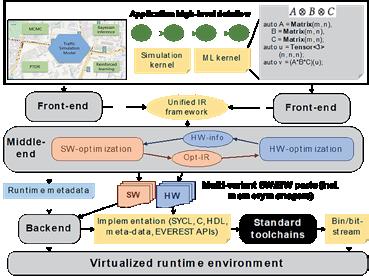 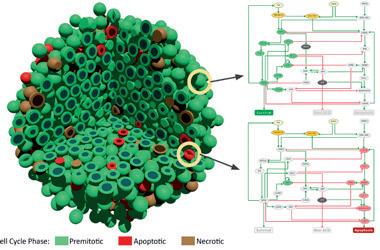