As if it was a children’s game, the designer provided a long room along the side

The vertically placed aluminium slats enforced a 100mm spacing which

that faces a forthcoming new block, bringing all the service spaces together,

extended to all elevations, resulting in precise adjustments to the locations

and then the corridor and the five classrooms. To make the layout fit the plot,

of all the windows. The colors are deployed in accordance with a repeated

they rotated one of the 1 ～ 2 years classrooms, placing it on the hypotenuse

sequence whereby white slats alternate with colored slats, such that in front of

and they moved the other one forwards, leaving a multi-use space, while the

The corners are covered with folded aluminium plates, which have the same

area, to look like boxes on top of the rest of the building which is covered with

visible thickness in each elevation as the slats themselves. With this uniform

approach to the elevations, the space, while being made up of the collection of

those colors as the “material” from which to build the elevations of the new building.

the white ones are interrupted.

As the existing nursery is grey with a few touches of color, they have taken

The simplistic geometrical design of the floorplan has a volumetric impact. The

the flat roof and the boxes with pitched roofs, is not decomposed into separate pieces, rather can be understood as a whole, a “sculpture” composed of a mass of strips of different colors. 25 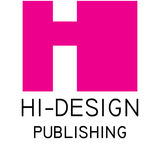