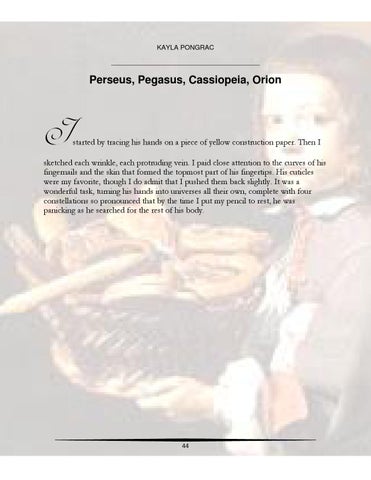 started by tracing his hands on a piece of yellow construction paper. Then I

sketched each wrinkle, each protruding vein. I paid close attention to the curves of his fingernails and the skin that formed the topmost part of his fingertips. His cuticles were my favorite, though I do admit that I pushed them back slightly. It was a wonderful task, turning his hands into universes all their own, complete with four constellations so pronounced that by the time I put my pencil to rest, he was panicking as he searched for the rest of his body. 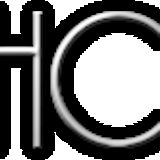