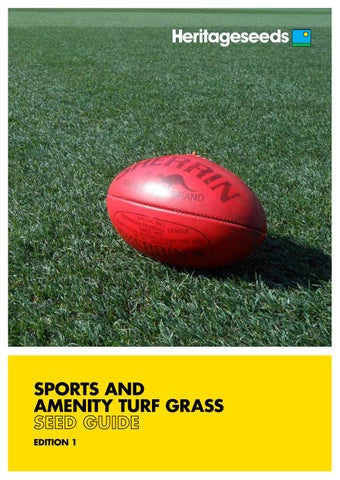 Heritage Seeds offers a wide range of turf grasses that have been trialled and tested independently, and used throughout Australia for many years with pleasing and reliable performance. Ryegrass is used extensively for turf applications including sportsfields and golf course oversowing. In these situations, turf ryegrass may be utilised as a permanent stand or in transitional regions as a temporary turf when overseeding dormant, warm season grasses.

SPORTFIELD RYEGRASSES STRIKER Premium sports surfaces for wear tolerance Striker Regenerator has been designed to give end users the best of both worlds. Using revolutionary mobile technology, it has superior wear tolerance and regeneration compared to other grasses thanks to the unique pseudo-stolons of Regenerating perennial ryegrass (RPR). Combined with Derby Xtreme ryegrass, this blend has exceptionally high turf quality as experienced on Blundstone Arena in Tasmania.

STRIKER Sportsfields Striker Wintersport is your perfect combination of speed and density for good establishment and wear tolerance during the winter months. This fine leaf ryegrass blend has very fast germination thanks to Journey winter ryegrass, and is complemented with high wear and recovery characteristics.

STRIKER Premium sports surfaces An elite blend of ryegrasses containing three of the best continental varietiesâ&#x20AC;&#x201C;Premier II, Derby Xtreme and Barorlando ryegrass. The Continental ryegrasses in this mix are backed up by independent trials conducted by John Neylan. Striker Gold is Australiaâ&#x20AC;&#x2122;s #1 sports ground ryegrass blend. It is a significant improvement over previous commercial varieties of turf-type perennial ryegrass and Mediterranean genetics.

Sportsfields Striker BF1000 has been formulated to meet the overseeding needs of the most demanding sport turf situations. BF1000 is a blend of genetically improved turf - type perennial ryegrass varieties including Pinnacle III, Premier II and Barorlando. These varieties have been chosen due to their dark green genetic colour, fine leaf texture and wear tolerance. Sowing rate: 3-5kg/ 100m2

RACETRACKS STRIKER Perennial ryegrass racetracks Striker Trifecta is a combination of three of the best perennial ryegrasses–Bealey, Rohan SPR and RPR. The #1 performing Bealey is unbeatable in independent trial work. The inclusion of Rohan SPR provides excellent root structure and growth late in winter/early spring. Together with RPR, Striker Trifecta is the perfect year round partnership.

STRIKER Golf greens A blend of elite poa trivialis, Striker One Putt is ideal for overseeding dormant couch greens for winter colour and wear. It will provide a medium dark green colour, with a very fine leaf texture. One Putt has excellent turf density with a more upright growth habit which makes an excellent putting surface. Sowing rate: 4-6kg/ 100m2

Prosper is very versatile, and can withstand drought better than any other cool season grass. In a drought study in Canberra, the trial included 22 tall fescues and 4 fine fescues over 11 months with no irrigation. Prosper was the #1 performer for drought tolerance and significantly greater recovery than all other grasses. This mix is the ideal choice for roadsides, open space, waterways and reclamation areas where persistence is required. 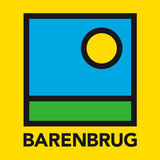 Heritage Seeds offers a wide range of turf grasses that have been trialled and tested independently, and used throughout Australia for many...

Heritage Seeds offers a wide range of turf grasses that have been trialled and tested independently, and used throughout Australia for many...