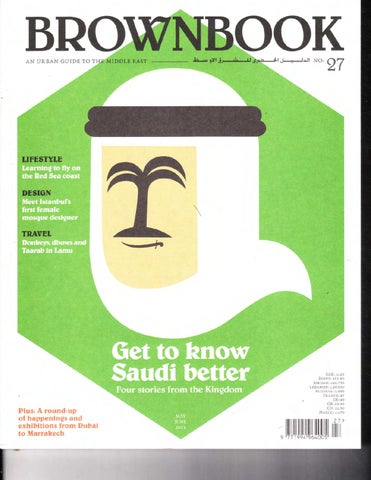 lmost two decades ago, when he had waist-length

hair and an untrimmed beard. Shaahin Chevene cut the kind offigure that few people over the age

of3o took seriously. Yetwhile still in his teens he invented a herbal supplement that became one ofthe fastest selling/ pills of his generation and it made him a multimillionairt( before he reached his 18th birthday. But rather than sit back on his laurels and bask in the profits of the US$35o million dollar company he had founded, Cheyene continued to push his own boundaries and is now on the brink ofspearheading a whole new wave of alternative medicine, which, he claims, will improve the

Using only natural ingredients and relying on the knowledge of15 years ofresearch in the field ofherbal medicine, Cheyene has created two new pills, Excelerol and Neurodrin, which have been produced under the guidance of a leading pharmaceutical company and will be on the market in less than three months. . Born in Tehran in 1975, the herbalist, naturopath and entrepreneur, is confident this will be the 'next revolution' of medical care. 'People think that the brain we are born with is all we have to work with, but this is not the case. The brain is plastic, by that I mean it is malleable, and we can improve it with herbal supplementation.' Excelerol and Neurodrin contain precise formulas of Omega 3 fatty acids and vitamins Brz and 86 as well as extracts ofa Chinese plant called Huperzia Serrata and a small, creeping herb with light purple flowers called Bacopa Monniera. They help improve short and long-term memory as well as boosting concentration. There is no secret into what goes into them, he tells us,

it is just a matter of presentation.

ingredients; we're required to have full disclosure, by law, so there is no magic or hidden recipes. It is more the process and the quality ofthe product.' 'We all know that if we get a burger at McDonalds or at the finest organic restaurant with prime beef, we will still

be eating meat. What makes the difference is the quality of the ingredients, the way they put it together and how it has been presentated.' Cheyene says he has been working on this product for the last five years, but credits his knowledge and in part his

success, to the five generations oflranian herbalists who preceded him. 'I'm a fifth generation herbalist, all my grandfathers were medicine men and I am incredibiy fortunate to have been born into such a rich cultural heritage that has so much to offer as far as traditional medicines go. 'In Iran, and across the Middle East, we have a treasure trove ofknowledge about these things 'Not many people talk about the fact that the Canon of modern Western medicine was brought to the west by an Arab. From a Middle Eastern perspective I want to encourage people to come forward and share this knowledge. Itwould benefit all of humanity.' Cheyene left Iran in rg8o and settled in the United Stares, where he now divides his time between his home in Venice, California and New York City. He has written numerous

books, including 'Salvia Divinorum'. which is about a powerful shamanic plant traditionally used in Mexico for ancient healing practices.

In zooo he invented, patented and developed a new medicine delivery machine called the Vapir Vaporizer, which facilitates the inhalation ofpure plant extracts. He published a book called 'Vapor: The Art and Science oflnhaling Pure Plant Essences' and sold the company to a private investment group in Silicon Valley in zoo6. Most ofhis work has centred on using new technologies to extract the essence offresh herbs to create the most potent and effective formulas, as well as the best methodsofdelivery in the name of moving alternative medicine forward. +

# 'For our new products we are using liquid suspenston technology, where there are two or three stages ofdelivery within each capsule,' he explains. 'This is the most effective way ofgetting the most from each ingredient.' Whilst there are many sceptical arguments surrounding the efficacy ofusing herbs - or neutraceuticals - instead of pharmaceuticals, Cheyene says there is clear evidence that

they work. 'We have tested these pills in clinical trials and they are being launched under the guidance ofone ofthe world's leading

pharmaceutical companies. I do believe there is a place for Western medicine but Eastern medicine has also been scienti6cally proven and I really think you have to explore what works best for you.'

In addition to his neutraceutical work, Cheyene runs his own private practice where patients come for treatment of terminal diseases. 'I have spent a lot of time with terminally ill cancer patients working on a one-on-one basis and I have seen a number of cases go into full remission,' he says. 'It has gone both ways but the very least we can do is improve someone's qualitl' of life. It all goes back to treating it on a holistic level, we take a very different approach to Western medicine.' Cheyene says he looks at the patient as an entire being and

tries to find the cause of the illness rather than treating symptoms. He focuses on a person's diet, exercise, level of stress and emotional well-being. From a scientific stand point, he says, it is impossible to blame someone's illness on their emotions, but they can play a vital role. 'Maybe emotions don't affect your health but they do affect your brain,' he tells us. 'Our brains consume zo per cent ofthe oxygen we breathe and it is well known that brains are affected by emotions so therefore they also affect your health. This is why I have concentrated all my recent work on the brain.'

The goal ofhis new company, Accelerated Intelligence, is to help people stabilise and regulate the hormones that enter your brain during times ofstress - namely cortisol, a steroid hormone produced by the adrenal gland. Whilst cortisol, or hydrocortisone, is essential to the body's well being, it also suppresses the immune system and decreases bone formation. 'We don't know yet the affect of being able to regulate the cortisol levels but we do know that distress means promoting a state away from health, balance, and ease.' He has ambitious plans for the future, hoping to float the company on the stock market within the next five years and continue to create a global conversation among others

in his field. Despite all the wealth Cheyene's products have brought him, he insists he is not driven by financial gain. 'I love what I do and I am driven every day by the work that I do. I feel like I am contributing to people's overall health and wellbeing. Yes, sure you can rest once you've made some money but ultimately if you want to be fulfilled in life then you have to give back. I don't work for money, I work to create and I work to bring about products that I hope will revolutionise people's lives.'B Almost two decades ago, when he had waist length hair and an untrimmed beard, Shaahin Cheyene cut the kind of figure that few people over th...

Almost two decades ago, when he had waist length hair and an untrimmed beard, Shaahin Cheyene cut the kind of figure that few people over th...