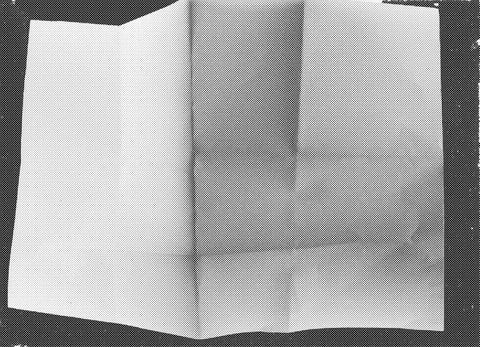 You May Destroy the Body Matt Morris

My partner remembers an afternoon when he was a child. He was playing Legos in the living room on a day when it was too hot to want to be outside in the backyard. Anyway the neighbor boy’s parents hadn’t wanted him to come over ever since that day the boys had tried kissing together. A stack of red plastic bricks occupied him. His dog lay on the cool tile floor of the dining room, just beyond the sofa that served as a divider. His mother was leaning against the kitchen counter, absently flipping through a coupon mailer. The dog’s ears twitched but he didn’t lift his head from the hide toy on which he chewed when they heard the father’s truck pull down the drive. The low growl of the garage door lifting and then lowering. Wayne, the boy’s father entered the kitchen from the garage, a cold can of beer already gotten from the fridge on the carport. Kris, mother, greeted him without looking up. The boy’s eyes shown, and he surveyed what he’d built so far, judging whether he had reason to boast of it to his father.  Wayne crossed the kitchen to stand facing Kris and unfolded a page he’d drawn from his pocket. Laid it on the counter and opened the beer can. “This says you spent two hundred dollars at the grocery store. Is that right?” “Hm? Sure that sounds about right.” “What the hell were you buying at the store that cost so damn much?” A pause as mother, son, pet adjusted to the mood Wayne brought into the room. “Well we had everyone over on the fourth, so I’m guessing I got all the stuff to cook out, along with the regular groceries.” “Kris, we can’t just be spending money like that. You should have talked to me before putting that on a card.” “Do you want to do the shopping next time? Shit.” The boy was building a fire station. Thinking that perhaps they’d forgotten he was there listening to their voices rising, he made a clatter of digging through his bin of pieces. Clinks of plastic. The dog, a golden retriever mix, made to lay more flatly against the floor a few steps away from Wayne. The parents were already preoccupied with this new dispute, and soon they were yelling. Then they weren’t even using full sentences: “How could you?—” “LISTEN, would you—” “Goddamnit if you aren’t always like this!” Both of Kris’ hands were planted on the counter as she leaned forward, spitting her words at her spouse. Then in a quick shove, she pushed the stack of mail and coupons off the edge of the counter, and crossed her arms as Wayne ranted.

He raised his right hand, “I’ll show you––!!!!” he yelled, but his swing didn’t stop at his wife. His body followed the dropping motion of his fist, crouched as he swung so that this punch landed with force on the hindquarters of the dog. A bark broke into shattered whistles, and he scurried to get away. But the first strike was followed by others, while Wayne yelled, “Goddamn fuck!!! You never listen!” and drove his fist and the dog’s hip into the floor. Any child would’ve screamed, run toward this outburst to protect his dog or away to shield himself from witnessing such torture. Instead, the little boy kept playing with his toys. He remembers that this wasn’t unusual in his home—not the first or last time the dog was hit so brutally.  Though none of them would say so, the entire family knew this was why they kept a dog. They all beat him so their frustrations might be vented. When the boy’s two older sisters hung up on their school crushes out of rejection or disappointment, they would hurl the phone’s receiver at the canine’s head. His mother slapped at the dog like a punching bag, especially when she’d rather be hitting her children. He’d done so himself, like the time when he had spread his favorite drawings and coloring book pages across his bed, and the dog mistook it as a playful moment of fetch. Hurting him was commonplace.  The dog had screamed and made to crawl underneath the dining room table in escape from Wayne’s beatings. For days afterward, he limped, sometimes dragging his right hind leg, a spot rubbed bare on his furry foot.  ··· Shortly after 2am on June 12, forty-nine people were shot dead in a gay club in Orlando. Fifty-three others were wounded, and, three hours later, police killed the shooter. News of this massacre was the first thing I saw on my phone when I checked the time upon waking a couple of hours later. For the better part of the following day, I wrestled with thoughts before feelings, and it wasn’t until late that night that this wrestling dropped down from my mind into my body.  My partner and I started to argue. He’d misspoken when we were talking about what we were grateful for, our habit before we go to sleep. I think we became deranged. We contradicted ourselves, wanting space away from each other while viciously accusing one another of abandonment. I withdrew from our bedroom to my office. He stomped after me; he crouched on the floor in the dark beside the chair where I sat. Our argument escalated. I kicked my foot toward him, and demanded he get away from me. He rose from the ground and turned against a wall that he began punching hard. I heard a painting fall from the other side of the

wall. My gay boyfriend decided in that moment that our apartment was in need of drastic redecorating. We were possessed of violent ghosts. I was terrified of the sounds of him striking the walls and of what I couldn’t see in the darkened apartment. I lunged after him and punched at him, multiple blows across his side. I hardly formed words between my trembles and anger and fear and latently triggered grief: ‘don’t hurt our home’ was all I could speak, and I spoke it several times while we struggled. I think we became a reenactment of the invaded sanctuary, inner personal conflict, and threat that we read in the news that morning. He grabbed me and shook me. We fell against the floor and then against the sofa. I yelled for him to let me go and he yelled ‘no’ more loudly. I drew my hands around his throat and pressed my fingernails into his skin until he released me.  In the darkness I couldn’t see his face. Afterward, he said that when a light from outside our window fell across my face, I was transformed by terror. ··· Many of the men on Grindr with whom I flirt turn out to be prostitutes. One said he would only charge me seventy dollars to suck him off, as long as I was willing to swallow. The man I invited over early in June just wanted to play. In the pictures he sent, he was lean with thin dreadlocks twisting down to his shoulders. In one image, muscles bulged on his arms as he hung from a doorframe opening onto a kitchen. He was topless and had light blue sweatpants pulled down far enough that a viewer could see the base of his shaft, the rest of him sheathed visibly under cotton. When I walked outside of my building to meet him, he shook his hair from side to side and smiled widely. He was wearing shorts and a white tank top. As he approached me, he rubbed his hands across his own body, lifting the edge of his shirt to show off the muscular definition of his torso. Across one half of his stomach was a bulky white bandage, as if a pillow was taped around his hip. We greeted each other and I asked if he was okay, pointing to the pile of gauze. “Oh this? I was just shot a couple of weeks ago. I’m fine.” I steadied myself against the brick exterior of my building, already deciding that I wouldn’t invite him up to fuck. “It’s all good. See?” He lifted his shirt and pulled the tape from one edge of the gauze. I saw inside of him. His skin was broken open and the wound gaped. His insides were completely visible. I steadied myself against my building.

follows upon the Surrealist privileging of automatic drawing and writing; upon Rauschenberg duplicating and disrupting what is meaningful in the hand; upon Lichtenstein, Quaytman, Owens, and Wool who have represented gesture by way of other, less obvious gestures. Likewise for Jessica Labatte, multiple exposures and abstract still life arrangements only initiate many of her photographic works, which also depict layers of writhing marks and traces her assistants leave when spot cleaning and editing the files. Edmund Chia’s “Diagram for a New Architecture” works serve as optimistic maps for how mediums—in this case abstract painting, collage, and embroidery— and methods for living collide. Daniel Baird compliments Chia’s future oriented teleology by bringing a range of technologies to bear on his explorations of caves and caverns in Iowa. Amidst Baird’s combined markers of time, man and his fragile lifespan are measured against immensities—conceptual, physical, and technological. For several sites including the columns here at iMOCA, Kelly Lloyd matches latex paint to the color of her skin. While some may take this as a deconstructed self portrait, the move to displace signs of selfhood away from her person and onto the apparatus that holds art—the institutions that render the activities of our field recognizable—is also to scrutinize how much a viewer might presume to understand her position by only grasping what is skin deep. ··· Their three children had gone to bed upstairs. Kris turned off the television, and Wayne tossed his last empty beer can into the bin for recycling. He went into the bathroom and she into their bedroom. The toilet flushed, and he walked into the unlit room where their large bed dominated. He wore the boxers and undershirt he’d undressed to shortly after getting home from work. Shortly after they yelled at one another. His wife lay on her side on the bed in a short nightgown. Her glasses were on the nightstand behind her. They look at one another. He tugged on his crotch through striped boxers then crawled across the bed to her. He put a hand on her ass, and she cupped his face while they kissed. He held one of her nipples between thumb and forefinger and then pinched harder. She sighed and her heartbeat sped. She looked up at him and whispered, “Beat me like one of your dogs.”

··· On Tinder one swipes left, and on Grindr one swipes up, and for Leah Mackin, the quick, grazing touch of the swipe is potent apart from the uses for which it’s employed. Her forensic excavation of the gesture

You May Destroy the Body

Exhibition essay to accompany 'Habeas Corpus,' an exhibition curated by Michael Milano for the Indianapolis Museum of Contemporary Art featu...

You May Destroy the Body

Exhibition essay to accompany 'Habeas Corpus,' an exhibition curated by Michael Milano for the Indianapolis Museum of Contemporary Art featu...