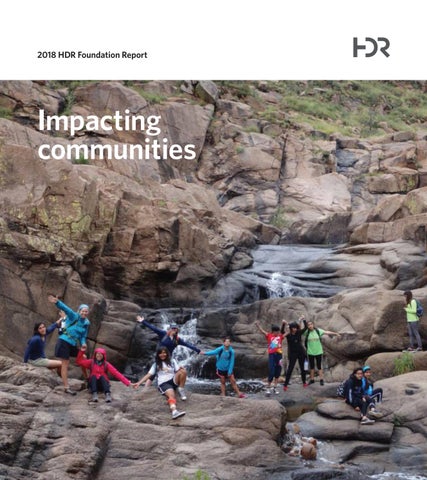 Our HDR Foundation is employee driven.

Our mission is simple: to encourage volunteerism and to use our expertise for impacting the communities where we work and live. By all measures, the success of our HDR Foundation is thanks to you, our employee owners. As you scroll through this 2018 year, I encourage you to read the stories behind the numbers. Pay attention to the enthusiasm of our employee sponsors who feel personal success and joy in helping bring a project to success. Meet our new HDR Foundation Director, Nancy Hales. And take a moment to reflect on the values behind the grants — we care about people; we want the best for our communities; we believe we can make a difference. Thank you all for what we’re doing together.

Board Chair, HDR Foundation Board

We’re here because of you.

It’s an honor to serve as your new Executive Director. I am pleased to bring a decades-long career in philanthropic leadership, and a personal belief that everyone can and does make a difference. It’s a privilege to join at this time – our Foundation is strong and solid financially. It is driven by the same core values that drive our company. It is here in perpetuity, to cement our commitment to the communities we call home. We have an ambitious vision for our future. So, keep an eye out!

Senior Vice President (board member through 2018)

The organization helps underserved and minority youth in Chicago’s South Side schools. Middle school students play sports like squash, but the real goal is mentoring, improving math scores and preparing for college. This year alone, the students increased their math scores by 35 percent. Our grant purchased supplies including: laptops, math assessment software, squash equipment and uniforms. Our HDR employees also volunteer with the students, including making no-sew blankets (pictured).

Spending time with the students has not only made us appreciate their curious minds, but has pushed us to be better, give back, and make a difference for our future generations. Janet Gonzalez

HDR volunteers joined [the kids] to make blankets as a service project. I made a new friend and we all came away with all of our fingers!

Girls are thirsty for knowledge about science, technology and how the natural world works. Our grant to the Girl Scouts of San Gorgonio reached 2,250 budding naturalists by funding tools and equipment for the Skyland Ranch Environmental Education Program. Girls received hands-on learning experiences, bringing hard-to-understand environmental concepts right into their own binoculars and microscopes.

When the girls work together, it builds courage, confidence and character. Client Development Leader

I think Explore Austin is a great fit and a great partnership for the Foundation. George Doubleday Water Resources Engineer

Aspire! provides intensive afterschool and summer programs to help at-risk students bolster their academics. It has a proven track record of student success, but the center had limited space and resources. The HDR Foundation grant provided new furniture and equipment to expand the program site. This doubled the number of kids served, reaching an additional 150 students in the community.

Managing Principal, HDR Architecture Arlington and Chairman of the Board, Aspire! Afterschool Learning

Aspire! is making a profound impact in the community in which many of us in the Arlington office live and work.

It’s where we live. It’s where we work. The HDR Foundation is centered on helping the communities where we are rooted. Our areas of focus mirror HDR’s breadth of knowledge and expertise. Education | Our company, clients and communities benefit from a well-educated, skilled and informed population. We fund education projects that support all areas of HDR’s practice. Health | With a healthcare design practice that is consistently ranked No. 1, we value the importance of healthcare and healthy communities. We strive to support active lifestyles, wellness education, preventative healthcare and more. Environment | We promote the value of environmentally responsible practices to our clients, employee-owners and communities. The Foundation supports community-led projects that promote sustainable transportation, waste reduction, renewable resources and restoration efforts.

Grants showcased (right) demonstrate the geographic reach and community engagement of our employees.

No matter how big or small, every gathering is an opportunity to support the HDR Foundation through awareness and giving. From an impromptu plant sale to community building events at conferences, every hour and dollar makes a difference.

During the Day of Giving, we unite to set the stage for changing communities … to be part of something bigger … to continue our legacy. Your donation truly makes it possible for us to do great things for those in need around us.

We’re hoping 2019’s Day of Giving is even bigger. Mark your calendars for March 6, and consider how you will play your part. 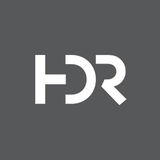 This report tells the story of our foundation in 2016. But it’s much more than numbers. You can see the impact we created in the communities...

This report tells the story of our foundation in 2016. But it’s much more than numbers. You can see the impact we created in the communities...