See what you'll do with a Hampshire education. 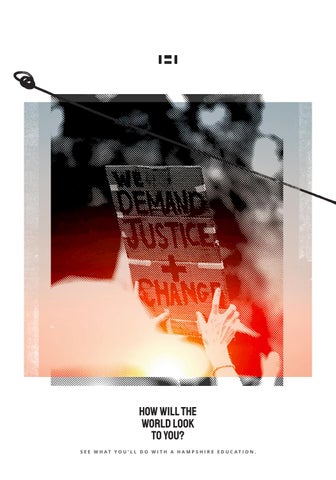 My Hampshire education taught me how to take just a sketch of an idea and make something concrete from that. It taught me to investigate things and to lean into that which sparks your imagination.”

65% of alums earn advanced degrees within ten years of graduating

HEAD OF INSTAGR AM JAPAN

Ian 94F has been named one of Forbe’s most creative people, and has held UX and design positions at tech giants such as Foursquare and YouTube. Currently, he’s head of Instagram Japan.

complete at least one internship or similar activity

of our graduates start their own business or nonprofit

Hampshire is in the

of the nationâ&amp;#x20AC;&amp;#x2122;s colleges whose graduates go on to earn research doctorates

Nicole DelRosso 12F Nicole 12F came to Hampshire to study sculpture. She left as the winner of a Fulbright, sculpting a nanoscale motor to work inside human cells to treat diseases and monitor health. Sheâ&amp;#x20AC;&amp;#x2122;s now pursuing a Ph.D. in biophysics at Stanford University.

of students complete Campus and Community-Engaged Learning that combines academics with impact on campus, locally, or globally

What will you make of yourself?

I always thought differently from the people around me, but I didn’t dream of becoming an entrepreneur. Hampshire is really good at teasing out entrepreneurial abilities in its students, most of whom don’t conform to the standard. That fuels entrepreneurship, and makes the world a better place.”

See what you'll do with a Hampshire education.

What will you make of yourself? Join other agents of radical, positive change at Hampshire College. 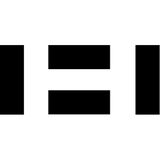