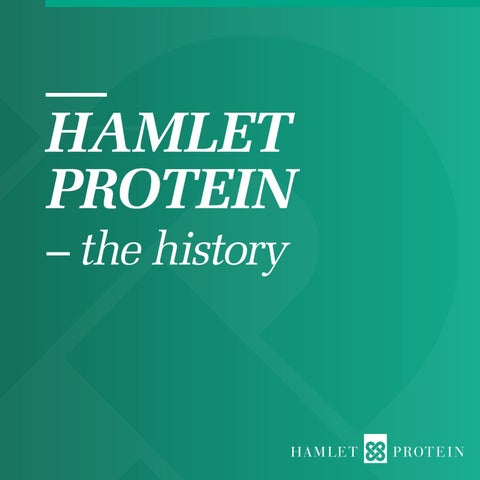 Beginnings of an idea Is there enough protein to meet the needs of the world’s growing population? That question was already being asked back in the early 1970s when a chemical engineer by the name of Ole Kaae Hansen was developing new microbial enzymes for a Danish ingredient company. It got him wondering whether a bioprocessing technique could be used to improve the quality of vegetable proteins. So he started to conduct his own experiments and found that one solution in particular had a good effect on soy and other pulses. With the approval of his then employer, he patented the finding in his own name. Ole Kaae Hansen didn’t know it at the time. But his idea was the beginning of a new adventure. It just didn’t get going for another 15 years.

Creation of the pilot plant There were two initial objectives: to construct a pilot plant for producing specialty soy proteins based on Ole’s original idea, and to test and optimize the prototype proteins it produced. Once financing was in place, a formal project was launched, and work began on designing the processing line.

... Crisis is the turning point

It soon emerged that standard equipment was not able to meet all requirements. This was something Ole and his small team were prepared for. To solve

The turning point was an actual protein supply crisis

the problem, they engineered their own special

in 1988. It squeezed supplies of special feed proteins,

all teething problems were overcome. HAMLET PROTEIN now had its own fully functioning pilot

Demand grew for high-quality protein. By the end of

plant – the same machine that still runs in the pilot

the year, the initiatives to the enterprise that became

HAMLET PROTEIN had been set in motion.

products for our customers.

No need for anything new? The strategy was to start out with proteins for calf

A factory and a flagship

milk replacer and the piglet feed segment. But, as Ole recalls, at that time the use of soy protein con-

Before commercial production could begin, a new part-

ner was needed to finance a factory and its employees. The German oilseed crusher Oelmühle Hamburg

“We were advised to forget about it. Fishmeal and

skimmed milk powder, we were told, were the best

was registered as a 50:50 Danish/German joint venture,

protein sources for piglets, so there was no need to

a suitable site was found in Horsens, Denmark, and con-

come up with anything new.

“But the results of our piglet feeding trials told

By 1993, HAMLET PROTEIN was ready to launch its

a different story – as did our trials with calf milk

replacement. We were sure that our products could

compete on price and quality.”

International sales take off Within five years, the capacity of the Horsens factory

The next growth generation

was expanded three times to meet growing demand from Denmark and abroad. Work to develop new,

To secure the company’s future growth, in 2007

innovative products was continuous. In 2001, the

Ole and Stephen sold the majority of shares to the

company was ready with a new product series

that increased the digestibility of minerals, such

began for a generation change at management level.

Over the next two years, a new team of managers

was appointed – with Ole still on hand to share valuable knowledge.

One success led to another and, by 2006, the fifth factory expansion was complete. That same year, Ole

bought Oelmühle Hamburg out of the company.

Production born in the USA HAMLET PROTEIN started a new chapter in its history in 2012 with the opening of a second factory in Findlay, Ohio, USA to strenghten sales in North America. By this time, HAMLET PROTEIN had gained international recognition for its expertise within young animal nutrition and ability to support customers with their starter feed formulations. Sales growth in North America and new markets, such

as Brazil, Cambodia, Russia, Ukraine and Vietnam, was

In 2015, Altor and Goldman Sachs Merchant

soon once again on the way to exceeding production

from Polaris and Ole Kaae Hansen. The future

processing line in the US, doubling capacity. A third

of HAMLET PROTEIN is now being shaped under

Whatâ&#x20AC;&#x2122;s in a name? A name that is already well known and has strong links to Denmark - Hamlet was an obvious choice when Ole Kaae Hansen christened his new enterprise in 1988. But thatâ&#x20AC;&#x2122;s where the connection ends. Unlike the famous Shakespeare play, the story of HAMLET PROTEIN is one of unbroken success.