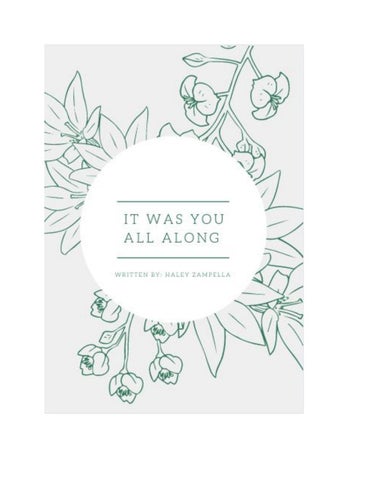 I want to be able to dedicate this book to someone who has always been there for me and has seen all sides of me, the happy, sad, and angry side. You have always told me when I was acting crazy and needed to just stop what I was doing and breathe and just take a break. You showed me how to be there for someone through anything and not judge them for their worst. That is why I based the character Nick off of you because he's a character who has Skylars back through everything despite the whole falling in love with her, he shows his love for the friendship and she can always count on him. Like I can always count on you seb.

“Em I just don’t know what to do,” Skylar cried out over facetime. “Look, Skylar just breathe,” Emily spoke. “I just don’t think I can do this anymore but I’m afraid to let him go since we’ve been together for so long.” Skylar tapping her fingers on her desk nervously. “Love, you just need to do what's best for you if you aren’t happy with him. The years spent with him shouldn’t matter.” Emily tried to explain to Skylar. “Yeah, and I think I might be falling for Nick.” Skylar whispered in confusion. “OMG! HOLD UP SERIOUSLY.” Emily yelled “Yeah but I’m not sure like whenever I’m with him I am so happy.” Skylar started to smile. “OMG YOU ARE SMILING.” Emily squealing You could tell Emily was excited about the new more than how happy Skylar got when she was with Nick. But all Skylar could think about was how confused she is. “It’s just a lot to think about and I don’t know how he feels and I don’t wanna look stupid.” Skylar stated as she let out a yawn. “Yeah I get that but the way you guys are I think he might, because how could he not fall in love with you, my gorgeous best friend.” As Emily hyped Skylar up. “I just don’t know, I don’t think he would like me, but i’ll just sleep on it, it’s getting late anyways.” Skylar quietly whispered so she didn’t get caught by her mom for being on her phone. The girls hung up facetime and put their phones down and went to bed. The next morning, Skylar and Emily met up at the school in the front lobby where they met everyday. Skylar was tired and exhausted since she couldn’t fall asleep since all she could

think about was Nick and how maybe she was catching feelings for him, and she knew she shouldn’t since she is still with Dylan. But her mind was going back that maybe she should end things with Dylan. Skylar was just all confused and didn’t know what she should do. “Sky how are you feeling this morning?” Emily asked. “Very confused.” Skylar said with and ugh. The girls separated and went to their first period classes. Skylar walked with her head down, her hair in a messy bun flopped over to the right side with some of her baby hairs hanging out. She wore sweatpants, a sweatshirt black Nike slides and her glasses on with no makeup. She clearly didn’t want to be bothered; she just wanted to be left alone to think. Skylar being Skylar she didn’t let her boy problems that she has been going through get in the way of keeping a smile on her face and acting like nothing was wrong. She still walked into class with a smile on her face acting like she wasn’t hurting but some people could tell she was hurting. “Skylar?” A voice in the distance called out. “Oh hey Kayla.” Skylar spoke “Is everything okay you don’t seem like yourself?” Kayla questioned. Normally Skylar didn’t like to tell people her problems but she thought maybe it was better if she could talk about what was going on and get advice from other people for what she should do, because whenever she felt like she was ready to think about everything her head would just spin in all different directions. But today was different she told Kayla everything that happened and just asked her for some advice because Skylar has never been in a situation like this ever before. “Wow.” Kayla shockenly said

“Yeah it’s a lot and my head is just spinning in all of these directions.” Skylar continued “Just take a breather. And tell me why you are feeling this way” grabbing Skylars hand and whispering to her Skylar told her how Dylan was never honest with her. Whenever there was a fight he would hit her and make sure no one would ever find out what he would do to her. She’s scared to speak up just like anyone else going through an abusive relationship with anyone. Skylar doesn’t know how to break up with him or even talk to anyone about this. She has this fear of not making someone proud and that someone she can’t make proud is her own boyfriend, who is supposed to have her back and love her but all he can do is yell at her and hurt her and she blames it all on herself. Maybe that’s why Skylar can’t find the courage to walk up to Dylan and just tell him things between them are over. She is living in a relationship that she is afraid of, and can’t get out of. “You need to get out of this relationship,” Kayla signed “I know but how, I’m scared he’s going to hurt me,” Skylar stated “What if Emily and I go with you and for that he can’t freak out and hurt you,” Kayla suggested “You guys would do that?” Skylar questioned “Of course we would.” Emily and Kayla nodded “You guys are the best but I need to get to practice before the coach yells at me,” Skylar whispered as she got up quickly from the table outside of school.

Skylar is a level ten gymnast who competes at a high level but decided to stay and go to highschool and not homeschooled. She got to practice and her mind wasn’t with the sport, all she could think about was confronting Dylan and telling him things between them were over. So that night Skylar put her phone away after her facetime call with Nick and just needed to sleep on all of the things her mind couldn’t wrap around. It was the next day finals were over so classes weren’t doing too much, they were just watching movies and doing worksheets so the days were going by really fast. Normally Skylar would like that, but today was the day she was going to regret. The school bell rang and it was time. Skylar walked out of the school with her two best friends behind her and she pulled Dylan aside “Dylan we need to talk,” Skylar sighed “Yeah mhm,” Dylan snotted “Look I don’t know how to put this or anything,” Skylar uncomfortably said “Just say it,” Dylan demanded “I don’t think this is going to work out, we both haven’t been happy,” Skylar shouted Grabbing Skylar’s arm “YOU DON’T MEAN THAT,” Dylan yelled “GET OFF OF HER,” Emily yelled at Dylan Kayla then grabbed Skylar away from Dylan and then called the cops. Dylan started to walk away as Nick approached and punched Dyan straight across the face. They kept Dylan on the floor until the cops came and arrested Dylan to keep him as far away from Skylar as they could get him. “Hey you are you okay,” Nick asked as he pulled Skylar into a tight hug

“I’m okay I’m just happy you’re here.” Skylar smiled “Well we are going to get out of here and leave you too alone.” Emily smirked Emily and Kayla walked away from the two of them and went down the street to the cute little coffee shop on the end of the street. “Hey look I’m really happy you’re in my life and can be here for me.” Skylar cried “Hey....Hey don’t cry I am so happy I am in your life.” Nick said as he pulled her tighter “Look Nick..” Skylar sits up from Nick arms, “I think I am really falling for you.” Skylar shaked “Oh my gosh Sky,” Nick said “Oh my gosh why did I say that omg I feel so so stupid,” Skylar regretted “No..Sky wait...would it be crazy if I said the same thing,” Nick admitted Skylar and Nick didn’t have that much to say to each other. Besides just being in shock that they could actually be living this. Nick didn’t think in a million years that Skylar would ever feel the same way about him then she does. Who would’ve thought two best friends could fall in love and he could help her out of the deep deep hole she fell in because some boy couldn’t love how any girl could dream about, but maybe that’s what fairy tales are supposed to be.

Haley Zampella didn’t think she would ever be able to write a novel, but here she is. She’s never really been the best at expressing her feelings but as much as she didn’t like her creative writing class in the beginning but she took a chance on it and she started to really fall in love with the idea of being able to express the way you are feeling and no one really has to know if it’s your pain or happiness or the character you are writing about. 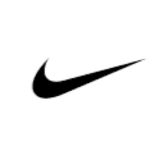 It Was You All Along

The book is about a girl who is confused about her feelings for her best friend and doesn't know how he feels, and she also is in 2 year rel...

It Was You All Along

The book is about a girl who is confused about her feelings for her best friend and doesn't know how he feels, and she also is in 2 year rel...