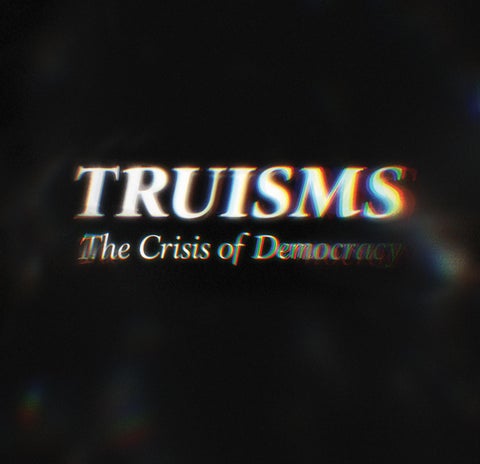 Man is, by nature, a political animal.

Man is born, lives and dies as a member of a community and the affairs of that community are therefore his and vice-versa.

I have been a tireless defender of democracy all my life because I am convinced it is the political system most conducive to peace, sustainable development,

and the rule of law and the respect for human rights, the three pillars of any healthy and democratic society.

We have to admit that democracy is experiencing a crisis of confidence.

Not only does it face increasingly assertive opponents, but growing numbers of its beneficiaries either take it for gran ted, or else doubt its merits.

We are witnessing a shift in the perceptions and practice of democracy, evidenced by ever lower levels of voter participation, falling membership of political parties and declining trust in politicians and institutions. Governments appear powerless in the face of such challenges as the Euro crisis, the migration crisis, or the debt crisis. This has set the scene for the resurgence of populism – charismatic individuals or fake prophets promising simplistic solutions to people ’s grievances through radical policies that dismis s institutions and laws as either irrelevant or inconv enient. The uneven beneffts of globalisation are dividing societies into winners and losers on an unprecedented scale.

g billionaires, Global markets are creatin middle and the whilst the incomes of countries ped elo working classes in dev lihoods live ir the have stagnated and able ner vul re mo are becoming ever bal glo and nge to technological cha lity, qua ine g din competition. Compoun fin ted ancial integra increasingly markets have allowed globalisation’s winners to park their proffts footloose in tax havens, while the tax burden on the middle class continues to rise. rA istotle himself stressed the importance of the middle class for the sustainability of democracy. When wealth is too concentrated, the polity becomes vulnerable to oligarchy. If there are too many poor, the polity can degenerate into populism, disorder and the conffscation of private property. The middle class is the backbone of a democracy and rA istotle advocated that it should always far outnumber both the poor and the rich.

powerle ss Governments are looking increasingly in the face of the imperatives of the global economy and the ever-growing web of regional and global agreements they have entered into. The management of the 2008 Great Recession has increased suspicions that democratic governments have been captured by special

There is a crisis of eectiveness. e P ople, especially in developing countries that are struggling to overcome poverty and low growth, look at these achievements and o w nder h w ether democratic governance, at least in its ew stern incarnation, really delivers. Elections, however awed, have become almost universal, illustrating the power of legitimacy they oer. o P lls show that most people around the o w rld aspire to more freedom, more rule of law, more accountability and more say in politics. In short, democracy remains a universal aspiration.

Because it actually delivers.

Subordination to the caprices of other human beings, rather than to the law , is a source of despair to th e human

Rather than looking for alternatives to liberal democracy, we should instead seek to reform our systems through concrete measures.

We are trying to solve today’s problems with yesterday’s

We must harness new technologies and management techniques to overhaul the administration of the state to make our democracies less bureaucratic and more responsive to families and individuals, especially those who cannot afford high-priced lawyers and lobbyists.

We need to tackle inequality, both economic and political.

We need to make our democracies more inclusive. This requires bold and innovative reforms to bring in the young, the poor and minorities into the political system.

In a world of

“alternative facts”, who do we believe?

Democracies have to reclaim the lost ground by defending and promoting liberal ideas, just as they did against democracy’s past ideological enemies.

Democracy is vulnerable. We should remember that democracy is always a work in progress .

But a system created thousands of years ago continues to inspire democrats throughout the world today. We must cherish, reform and defend democracy, or else it may be lost for future generations.

This unique publication was created in response to the 2021 International Society of Typographic Designers Student Briefs, specifically responding to the topic of revolution through design. Drawing inspiration from the projection works of neo-conceptual artist and designer Jenny Holzer the book's content is made up of Holzer's 'Truisms' and the transcript of Kofi annan's 'The Crisis of Democracy' speech given at the 2017 Athens Democracy Forum