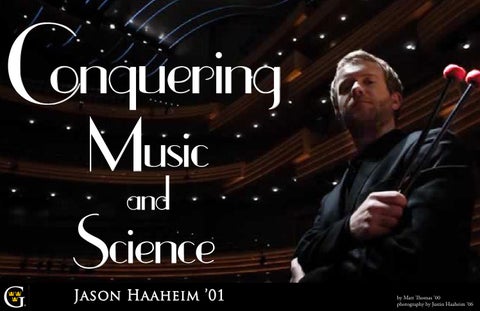 Fast forward 12 years and Haaheim’s current resume tells a story of an individual who is not afraid to fail and who is motivated and determined to succeed in whatever he puts his mind to. “Jason is an individual who has a strong and innate curiosity about everything,” said Gustavus Professor of Music Douglas Nimmo. “For him, the process of learning seems to be a completely fulfilling enterprise. While he was at Gustavus, I never heard him use the word ‘impossible.’ For Jason, the world is a ‘glass is overflowing’ place of opportunity.” Haaheim continued his studies after Gustavus and earned a master’s degree in electrical engineering from the University of California, Santa Barbara in June of 2003. He used that degree to become a successful Senior Scientist at NanoInk, Inc., a nanotechnology company in Skokie, Illinois. During his ten years with the company, Haaheim leveraged his expertise in Atomic Force Microscopy (AFM), Dip Pen Nanolithography (DPN), and Micro Electrical Mechanical Systems (MEMS) to pioneer a broad range of advancements in the field of nanoscale surface patterning, documented in a variety of peer-reviewed publications. This work led to numerous published patents and several others that are currently pending. Haaheim credits much of his professional scientific success to the groundwork that was laid during his studies within the Gustavus physics department. “The physics department at Gustavus is truly world class, and Professors Niederriter,

Haaheim credits much of his professional scientific success to the groundwork that was laid during his studies within the Gustavus physics department.

Mellema, Saulnier, Huber, and others taught me to think and deconstruct problems in a way that put me on more-than-level footing with my grad school classmates at a first tier research university,” Haaheim said. But science and engineering are only half of Haaheim’s story. The other half revolves around music and a recently received oncein-a-lifetime appointment. After earning his master’s degree, Haaheim decided to stay involved in music. He served as the assistant and then principal timpanist of the Civic Orchestra of Chicago (training orchestra of the Chicago Symphony) from 2004 to 2008. He later served as co-principal timpanist of the Peoria Symphony Orchestra (2010 to 2012) and principal timpanist of the Southwest Michigan Symphony Orchestra (2011 to 2013). After reaching the semifinals and finals during the auditioning process for several premier orchestras around the country, Haaheim broke through in a big way in January of 2013 when he won the principal timpani audition for the Metropolitan Opera Orchestra in New York. A position that would typically be won by someone who attended a music school such as Julliard, Eastman, Curtis, or the Cleveland Institute of Music, was given to an engineer with a music background developed at a small liberal arts college in St. Peter, Minnesota. “My path to the Met has certainly been unorthodox by the standards of traditional matriculation in the orchestral world,” Haaheim said. “But I’m proud of that, and I think it illustrates several important things about Gustavus’ core values, and what a Gustavus Adolphus College

liberal arts education really means in the 21st century.” Haaheim’s music instructors and mentors at Gustavus say they saw Haaheim’s potential to become a professional musician early on during his four years on the hill. “I had Jason as a high school student for a year at the MacPhail Center for Music and then all four years at Gustavus,” MacPhail Instructor of Percussion Bob Adney said. “Jason always had questions, he was always attentive to detail, and during lessons he would even take notes. Jason was the type of student that I felt I had to prepare for as he was always moving forward.” “Jason quickly became a student leader in our percussion program and over the course of his undergraduate years became a respected student leader in our music program. In my courses, I was impressed by his intelligence, confidence, commitment, and tremendous sense of pride in doing his best work at all times,” Professor of Music Rick Orpen said. “Jason’s confidence and determination to remain vigilant, learn from his experiences, continue his studies, and refine his knowledge and skills resulted in this remarkable outcome.” While the music faculty at Gustavus are quick to give Haaheim credit where credit is due, Haaheim says he would not be where he is today without the instruction he received from the music department combined with the culture of learning that exists at Gustavus. “The music department at Gustavus realizes that you can engage music in your life and draw immense meaning from this, whether you’re a music major, or a physics major, or both,” Haaheim said. “Opening up that breadth of participation in the college’s ensembles is inherently enriching for everyone involved, and creates a fertile field for lifelong friendships and cultivated musical passions.” “Professor Warren Friesen and Dr. Nimmo were certainly central to this with the orchestra and wind ensemble, but Dr. Steve Wright (Director of Jazz Ensembles) also helped me learn how to ‘drive the band’ and use the rhythmic ‘pocket’ as an expressive tool — a critical part of being an orchestral timpanist. Professor Adney was a

steadfast percussion mentor who promoted an intrinsically-derived work ethic that remains open-minded and exploratory, while Dr. Patricia Kazarow opened my eyes to the academic side of musical arts, and instilled an intellectual curiosity that deeply informs my approach to performance. But in highlighting these individuals, I don’t want to lose sight of the nature of the Gustavus music family. Everyone is critical to creating that community, and that is precisely what is so special about Gustavus.” Haaheim’s story paints a picture that conveys why a liberal arts education from Gustavus is so valuable. An 18-year old kid from Chaska began his college career with passions for science and music and found a way to study both fields. Today he is excelling in both fields. “I see these different threads of my education as uniquely Gustavian and absolutely pivotal to my successes,” Haaheim said. “For me, music and physics augment each other. They are crosspollinating and multiplicatively enriching. Gustavus is not a place you go to simply acquire knowledge – you go to learn how to learn, and what you truly value. My four years at Gustavus gave me the ability to take stock of my life and distill what I really wanted to do with it; my passion for music fueled the dedication to win a job in a major orchestra; teaching myself how to solve problems helped me refine myself as a musician and elevate my playing to the point where I’m now privileged to play with one of the finest orchestras in the world. These are all demonstrably core virtues of the liberal arts education I’ve valued so dearly.” *** For more information on Jason Haaheim, visit jasonhaaheim.com Matt Thomas is the Director of Media Relations and Internal Communication at Gustavus Adolphus College. After graduating from Gustavus in 2000 with degrees in Communication Studies and History, Thomas worked mainly as a sports journalist in the western suburbs of Minneapolis before returning to Gustavus in 2007. 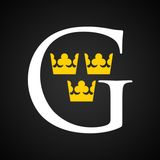