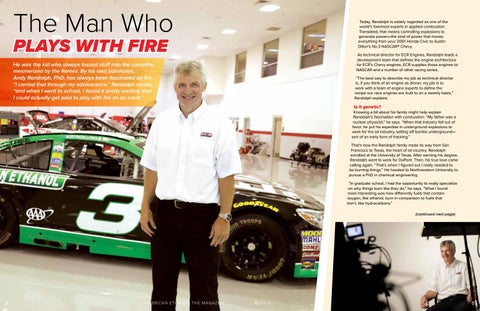 Today, Randolph is widely regarded as one of the world’s foremost experts in applied combustion. Translated, that means controlling explosions to generate power—the kind of power that moves everything from your 2001 Honda Civic to Austin Dillon’s No.3 NASCAR® Chevy.

As technical director for ECR Engines, Randolph leads a development team that defines the engine architecture for ECR’s Chevy engines. ECR supplies those engines to NASCAR and a number of other racing series.

He was the kid who always tossed stuff into the campfire, mesmerized by the flames. By his own admission, Andy Randolph, PhD, has always been fascinated by fire. “I carried that through my adolescence,” Randolph recalls, “and when I went to school, I found it pretty exciting that I could actually get paid to play with fire as an adult.”

“The best way to describe my job as technical director is, if you think of an engine as dinner, my job is to work with a team of engine experts to define the recipe our race engines are built to on a weekly basis,” Randolph explains.

Knowing a bit about his family might help explain Randolph’s fascination with combustion. “My father was a nuclear physicist,” he says. “When that industry fell out of favor, he put his expertise in underground explosions to work for the oil industry, setting off bombs underground— sort of an early form of fracking.” That’s how the Randolph family made its way from San Francisco to Texas, the heart of oil country. Randolph enrolled at the University of Texas. After earning his degree, Randolph went to work for DuPont. Then, his true love came calling again. “That’s when I figured out I really needed to be burning things.” He headed to Northwestern University to pursue a PhD in chemical engineering. “In graduate school, I had the opportunity to really specialize on why things burn like they do,” he says. “What I found most interesting was how differently fuels that contain oxygen, like ethanol, burn in comparison to fuels that don’t, like hydrocarbons.” (continued next page) 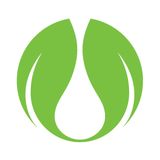