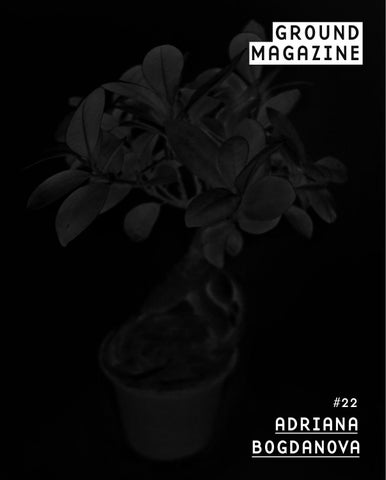 At face value, Adriana Bogdanova’s series Nocturnes and White Cube can be taken as color studies, explorations of the capacity of tonal shifts to model form. They are in a sense like contemporary grisailles, the monochrome paintings that often decorated the palaces and patrician houses of early modern Europe. Working with a limited palette of greys and whites, the painter would build up in two dimensions the stunning illusion of sculptural relief. Thus muses and gods of classical antiquity would dance across façades or pose in an interior niche, their trompe-l’oeil marble cheaper for the patron and a venue for the artist’s deceptive skill. While Bogdanova is no less concerned with her materials – with light – her technique appears to achieve the opposite effect sought by the painter of the grisaille. Rather than constituting the illusion of presence, long held to be the very essence of photography, her objects dissolve into a white haze or rot with the necrosis of solarized inversion. These objects seem ideal for her study. Her animal figurines are the fodder of salvage shops, and desert plants need so little water that they are often bought for the very reason that they can be neglected. These are forgotten objects then, items with so little cultural valence that they can be safely used by the photographer with no worry of reactivating what might be their lost or hidden meaning. For me, however, these objects resist.

After all, the grisaille does not merely represent but in fact somehow revives the figures of the classical past, gives them new life through their remediation in a way that viewing Greek or Roman statues themselves could maybe not achieve. And precisely because she does not attempt to simply show us a white porcelain menagerie or a collection of succulents, they resonate through their haze with the unsettling force of distant memory. In the case of her plant studies, this haze is quite literal. The 20th-century waiting room was rarely non-smoking, and this was (and probably still is) the de facto native habitat of the stunted palmetto or potted cactus. The malaise that would build up from the heat and boredom in a place like the Department of Motor Vehicles – the American equivalent maybe to the Dutch Gemeentehuis – could charge a seemingly harmless object like a plant with sinister intent. And in the black wash that overtakes even the orchid in Bogdanova’s series, there is a flash of that experience of waiting with my mother at the DMV, completely powerless, as the numbers called out from the desk seemed so hopelessly distant from the one on the little paper tab that she held in her hand.

Time moves unevenly, from town to town, even from street to street and at a different pace even through individual houses. This phenomenon is one of the chief devices of horror movies: the neighbors who seem to be living in another decade – century even – foreshadowing the ghost that is the past itself come back to life. My friend Shane’s own mother was an example of what we might call this anachronism. When I was in high school, sometime in the early 1990s, they lived on a street called Fairlane which stopped abruptly at the back of an overgrown field that had once been a farm. Most of the development along the street had happened in the 1960s, and Shane lived in a particular type of American house that Nabokov so aptly called the “Colonial monstrosity”. His mother kept a shrine to Jackie Kennedy in one corner of the living room, not far from her turntable and Carpenters records. She called her bedroom the “master suite” – this was particularly upsetting to me for some reason – and in a little cabinet there on the wall she displayed her “knick-knacks”, a genus that included Hummel figurines, souvenir thimbles and, indeed, glazed white porcelain animals. These places are the mines from which David Lynch has drawn his ore, and in the almost faceless figures of Bogdanova’s White Cube, I can see Shane’s mom standing out in the street, twirling her high school marching baton like it’s 1963.

Maybe Lynchian is the adjective I would use – admiringly so – in describing Bogdanova’s photographs. But you can take them as color studies, in which case beautiful, I think, will also suffice. 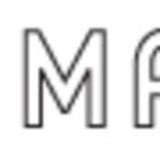