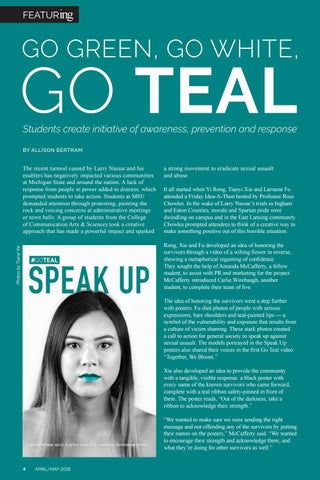 The recent turmoil caused by Larry Nassar and his enablers has negatively impacted various communities at Michigan State and around the nation. A lack of response from people in power added to distress, which prompted students to take action. Students at MSU demanded attention through protesting, painting the rock and voicing concerns at administrative meetings or town halls. A group of students from the College of Communication Arts &amp; Sciences took a creative approach that has made a powerful impact and sparked

a strong movement to eradicate sexual assault and abuse. It all started when Yi Rong, Tianyi Xie and Larraine Fu attended a Friday Idea-A-Thon hosted by Professor Ross Chowles. In the wake of Larry Nassar’s trials in Ingham and Eaton Counties, morale and Spartan pride were dwindling on campus and in the East Lansing community. Chowles prompted attendees to think of a creative way to make something positive out of this horrible situation.

Rong, Xie and Fu developed an idea of honoring the survivors through a video of a wilting flower in reverse, showing a metaphorical regaining of confidence. They sought the help of Amanda McCafferty, a fellow student, to assist with PR and marketing for the project. McCafferty introduced Carlie Wirebaugh, another student, to complete their team of five. The idea of honoring the survivors went a step further with posters. Fu shot photos of people with serious expressions, bare shoulders and teal-painted lips — a symbol of the vulnerability and exposure that results from a culture of victim shaming. These stark photos created a call to action for general society to speak up against sexual assault. The models portrayed in the Speak Up posters also shared their voices in the first Go Teal video: “Together, We Bloom.” Xie also developed an idea to provide the community with a tangible, visible response: a black poster with every name of the known survivors who came forward, complete with a teal ribbon safety-pinned in front of them. The poster reads, “Out of the darkness, take a ribbon to acknowledge their strength.” “We wanted to make sure we were sending the right message and not offending any of the survivors by putting their names on the posters,” McCafferty said. “We wanted to encourage their strength and acknowledge them, and what they’re doing for other survivors as well.” 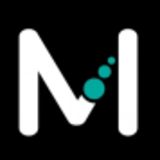