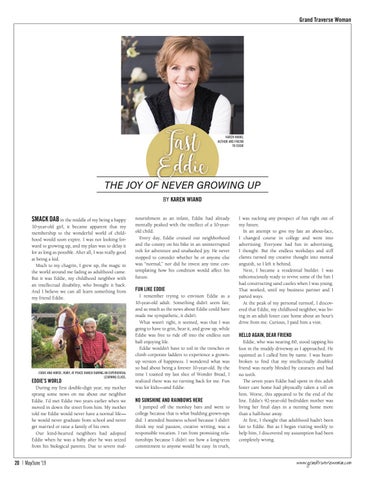 THE JOY OF NEVER GROWING UP BY KAREN WIAND

SMACK DAB in the middle of my being a happy 10-year-old girl, it became apparent that my membership to the wonderful world of childhood would soon expire. I was not looking forward to growing up, and my plan was to delay it for as long as possible. After all, I was really good at being a kid. Much to my chagrin, I grew up, the magic in the world around me fading as adulthood came. But it was Eddie, my childhood neighbor with an intellectual disability, who brought it back. And I believe we can all learn something from my friend Eddie.

EDDIE AND HORSE, RUBY, AT PEACE RANCH DURING AN EXPERIENTIAL LEARNING CLASS.

During my first double-digit year, my mother sprang some news on me about our neighbor Eddie. I’d met Eddie two years earlier when we moved in down the street from him. My mother told me Eddie would never have a normal life— he would never graduate from school and never get married or raise a family of his own. Our kind-hearted neighbors had adopted Eddie when he was a baby after he was seized from his biological parents. Due to severe mal-

nourishment as an infant, Eddie had already mentally peaked with the intellect of a 10-yearold child. Every day, Eddie cruised our neighborhood and the county on his bike in an uninterrupted trek for adventure and unabashed joy. He never stopped to consider whether he or anyone else was “normal,” nor did he invest any time contemplating how his condition would affect his future.

FUN LIKE EDDIE I remember trying to envision Eddie as a 10-year-old adult. Something didn’t seem fair, and as much as the news about Eddie could have made me sympathetic, it didn’t. What wasn’t right, it seemed, was that I was going to have to grin, bear it, and grow up, while Eddie was free to ride off into the endless sun ball enjoying life. Eddie wouldn’t have to toil in the trenches or climb corporate ladders to experience a grownup version of happiness. I wondered what was so bad about being a forever 10-year-old. By the time I toasted my last slice of Wonder Bread, I realized there was no turning back for me. Fun was for kids—and Eddie.

NO SUNSHINE AND RAINBOWS HERE I jumped off the monkey bars and went to college because that is what budding grown-ups did. I attended business school because I didn’t think my real passion, creative writing, was a responsible vocation. I ran from promising relationships because I didn’t see how a long-term commitment to anyone would be easy. In truth,

I was sucking any prospect of fun right out of my future. In an attempt to give my fate an about-face, I changed course in college and went into advertising. Everyone had fun in advertising, I thought. But the endless workdays and stiff clients turned my creative thought into mental anguish, so I left it behind. Next, I became a residential builder. I was subconsciously ready to revive some of the fun I had constructing sand castles when I was young. That worked, until my business partner and I parted ways. At the peak of my personal turmoil, I discovered that Eddie, my childhood neighbor, was living in an adult foster care home about an hour’s drive from me. Curious, I paid him a visit.

HELLO AGAIN, DEAR FRIEND Eddie, who was nearing 60, stood tapping his foot in the muddy driveway as I approached. He squinted as I called him by name. I was heartbroken to find that my intellectually disabled friend was nearly blinded by cataracts and had no teeth. The seven years Eddie had spent in this adult foster care home had physically taken a toll on him. Worse, this appeared to be the end of the line. Eddie’s 92-year-old bedridden mother was living her final days in a nursing home more than a half-hour away. At first, I thought that adulthood hadn’t been fair to Eddie. But as I began visiting weekly to help him, I discovered my assumption had been completely wrong. 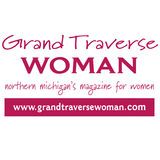 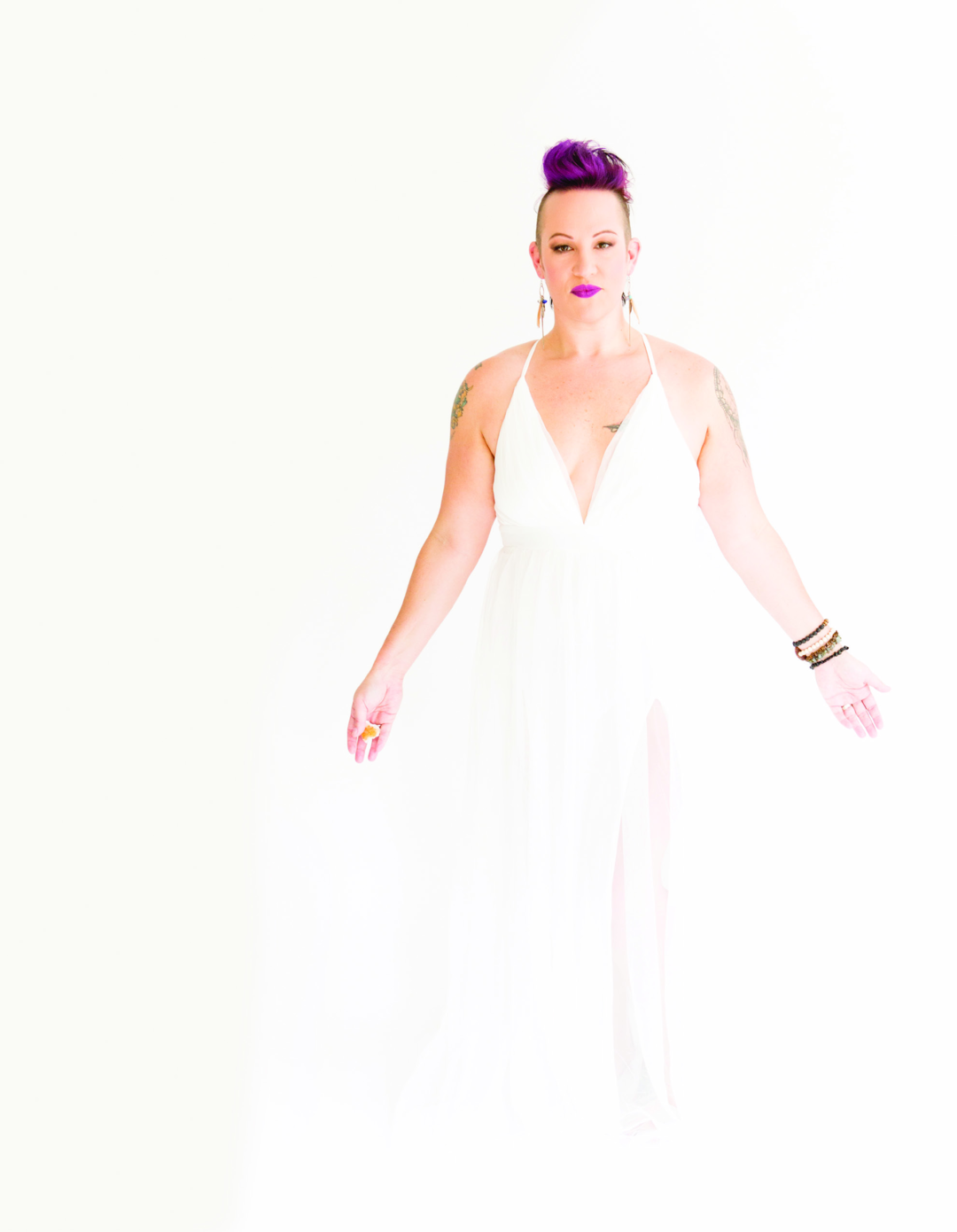 Meet Jaclyn Roof - mother of two, cage fighter and leadership coach. And our GTWoman Luncheon Speaker on May 8, 2019.