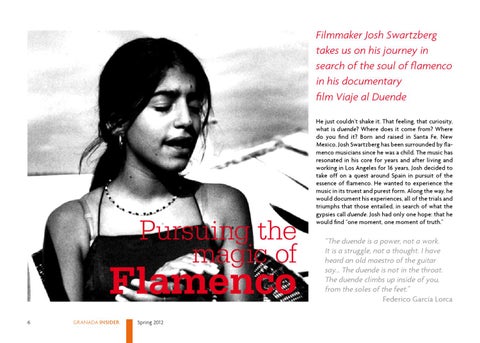 Pursuing the magic of

He just couldn’t shake it. That feeling, that curiosity, what is duende? Where does it come from? Where do you find it? Born and raised in Santa Fe, New Mexico, Josh Swartzberg has been surrounded by fla‑ menco musicians since he was a child. The music has resonated in his core for years and after living and working in Los Angeles for 16 years, Josh decided to take off on a quest around Spain in pursuit of the essence of flamenco. He wanted to experience the music in its truest and purest form. Along the way, he would document his experiences, all of the trials and triumphs that those entailed, in search of what the gypsies call duende. Josh had only one hope: that he would find “one moment, one moment of truth.”

“The duende is a power, not a work. It is a struggle, not a thought. I have heard an old maestro of the guitar say... The duende is not in the throat. The duende climbs up inside of you, from the soles of the feet.” Federico García Lorca

All the best about Granada, semana santa, flamenco, food, drink, culture and much more. 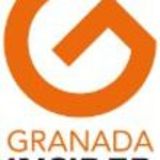