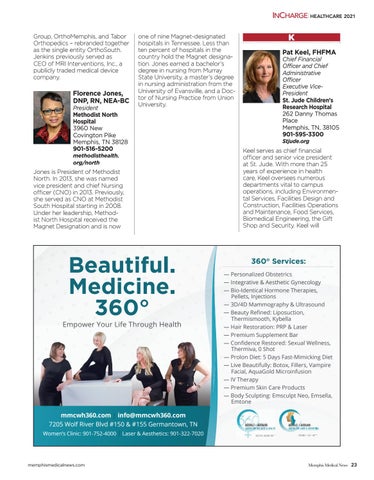 Jones is President of Methodist North. In 2013, she was named vice president and chief Nursing officer (CNO) in 2013. Previously, she served as CNO at Methodist South Hospital starting in 2008. Under her leadership, Methodist North Hospital received the Magnet Designation and is now