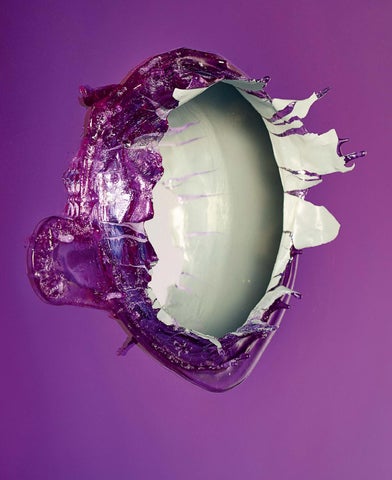 PAINTING DOES NOT TAKE ITS OWN LEGITIMACY FOR GRANTED Dale Frank - Artist Statement, 2015 What continues to give an edge to any discussion about the current status of painting is that this particular debate raises the following fundamental question: which forms of artistic production can count as contemporary and which should be rejected as irrelevant? Any consideration of painting in isolation tends to be reactionary. Today every medium represents only one possibility among many. The only thing that counts is the artist’s conceptual project. The choice of a particular medium only has meaning inasmuch as it relates to a strategic gain within the overall project. If a conceptual statement can be adequately formulated in terms of painting, then artists paint, but if a different medium proves to be more useful, they turn to that. In this context, anybody who looks at the medium alone is missing the most important thing. Bold demands for an examination of the general conditions of art, successfully abolished the dogma of the primacy of the medium in 20th century painting. At the same time, the freedom art gained through its emancipation from the material specific and its manual production is a deceptive freedom. The emancipatory status of art can also be understood as a reflex of the latest metamorphosis in the conditions of production. Just as pop art and minimal art still celebrate industrial production and mass consumption in their materials and subjects, art today, through its fixation on immaterial qualities, involuntarily replicates the way in which real work has become immaterial in the service society, and thus erects a monument to the aesthetics of bureaucracy. The arrival of the ‘post-medium-condition’ in artistic practice coincides with art’s subjugation to the dictate of institutions and laws of the market, so it is an historical necessity to adopt a detached, meta-critical position in relation to the system of art. Modernism still permitted artists to produce revolutions through continuous work in their own medium. A radical understanding of conceptualism in art today, however, requires every producer of art to change history, by coming up with a unique idea starting from absolute zero - he/she must do this in a manner that is both clear and lucid. The pressure to succeed, which modernism’s dedication to relentless avantgardism had already introduced, is now experienced even more acutely. As a result, we now have the tragic figure of the melancholy artist, alone on the internet in an empty room, waiting desperately for a revolutionary idea to come to them. Or worse still, waiting for the next idea to come, trying to reinvent their work after their first success. Brian O’Doherty in “Inside the White Cube” describes the conceptual gesture not only in terms of the logic of strategic intervention in history, but also in terms of an aesthetics of its own: I suppose the formal content of a gesture lies in its aptness, economy and grace. It dispatches the bull of history with a single thrust. Yet it needs that bull, for it shifts perspective suddenly on a body of assumptions and ideas. It is to that degree didactic. If it teaches, it is by irony and epigram, by cunning and shock. A gesture wises you up. It depends for its effect on the context of ideas it changes and joins. It is art-like and thus has a meta-life around and about art. Insofar as it is unsuccessful it remains a frozen curio, if remembered at all. If it is successful it becomes history and tends to eliminate itself. It resurrects itself when the context mimics the one that stimulated it, making it ‘relevant’ again. So a gesture has an odd historical appearance, always fainting and reviving. The meaning of a gesture (of painting) cannot therefore be taken directly

from the gesture itself, but is dependent upon the historical context that it both actively construes and is retroactively perceived in. You might say that a postmodern theorisation of the conceptual gesture differs from the modernist definition in that it understands the gesture not as a singular event with validity but as a strategic intervention into the history of art with a situational meaning. From the postmodern point of view, conceptual gestures reflect the history and conditions of art by producing reflective situations that show art in a light that is constantly new and changing. The medium of painting is by nature conceptual, and its conceptuality is produced by way of positioning a work within a particular set of external references. Painting is essentially conceptual when it self-referentially and self-critically addresses its material qualities as well as the symbolic grammar of its own formal language. This means that this gesture essentially derives its critical force from the structural self-inquiry of a medium-specific art practice. This conceptuality, however, only exists as a potential. Consequently, you must differentiate between a progressive type of painting, one that recognises and develops this conceptual potential, and a more conventional painting that relies uncritically on a traditional understanding of the medium. The medium-specific approach to painting is still possible in artistic practice and in critique. All it has lost is its status as self-evident. It is not enough, in order for there to be painting, it is necessary that it be worth the effort, it is necessary that [the painter] succeed in demonstrating to us that painting is something we positively cannot do without, that it is indispensable to us, and that it would be madness - worse still, a historical error - to let it lie today. This pleads for the possibility of justifying the medium of painting by developing its immanent conceptual potential, mediated between a conceptual and a medium-specific perspective. Today, a strategic reading of painting is strictly anti-historicist: it does not believe in the exhaustion of things, in the linear genealogy offered to us by art criticism, always ready, unconsciously or not, to follow the demands of the market in search of new products. Today, it is necessarily a form of conceptual art, and as such it must be judged in relation to conceptual practices in other media, and it must hold its own in this comparison. (Every group exhibition where different media are presented demonstrates this at a quite banal level) But this also means that painting as practice can take strength precisely from the fact that, through an immanent dialogue with its own history and conditions as a medium, it arrives at a (strategic) self-justification within a more widely-spread conceptual world. Any crisis in painting should be understood as a positive opportunity, and the loss of its self-evident justification as a productive possibility that could provide painting with a conceptual basis again. Forcing painting potentially into a more enthralling, adventurous and critically engaging approach than any other medium. An obvious limitation of the ‘strategic model’ is that, given the conceptual apparatus at its disposal, it does not provide any useful steps toward grasping the immanent qualities of a painting. All it can do is state that, for particular conceptual reasons, a painting is what it is. Any statement about what experience a painting communicates as a painting can scarcely be formulated with concepts like position, verification and demonstration. In fact it is questionable whether the quality of experience can ever be comprehended in conceptual or any categories at all, but rather that at the moment when the ‘ tragic model’ reaches its limits, really is the time when the art of describing aesthetic experiences comes into its own once again, in the face of the awe and beauty. 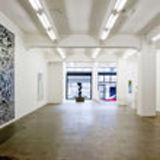