Years ago Jim was injured on the job where he worked as a pre-press operator in the printing industry. All day long for almost 25 years, Jim would be sitting at a computer doing electronic pre-press. He ended up having carpal tunnel syndrome surgery on both wrists and had to have two “tennis elbow” surgeries on his right elbow due to the repetitive motion of his work. Out of work and fighting corporate bureaucracy and workman’s comp for his surgeries, it took three and a half years to finally settle the matter. When Jim was finally able to go back to work, they informed him over the phone that he was no longer needed. Discarded. There must be something special in taking something that’s been neglected and discarded and giving it new life. Maybe a reflection of his own life —scraping by and feeling down-and-out from being thrown away by

“I’m Jim Turner, and I build functional art that re-imagines furniture and lighting. I create things for people who see beauty in neglected objects, especially when they’re given new and lasting purpose. People who believe that’s possible for themselves, too.”

his employer—Jim was inspired by his wife to “make furniture!” And that’s what he’s been doing. Jim repurposed and refocused his talents and has given himself new life after being discarded like an unwanted toy or rusted-out tailgate. At Lockjaw Garage, Jim now repurposes unwanted objects into furniture, lighting, and works of art that people can enjoy every day; helping customers do the same for their own fading memories. Jim takes something old; something that people think is useless; something they’re going to throw away and destroy; something from a forgotten time that needed to be brought to light to rekindle the memory, and he turns it into something useful, reusable, and beautiful. Something that can be used and appreciated for generations to come. 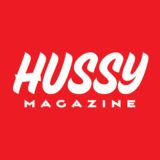