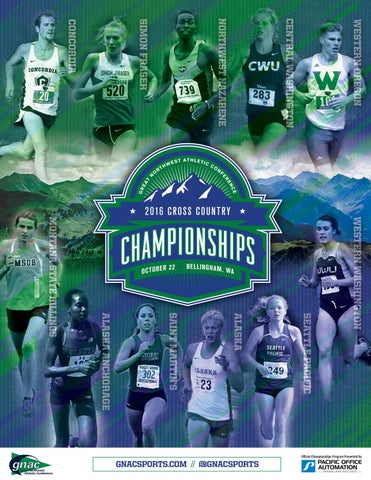 About The GNAC With members in five states and the province of Canada and with a strong presence in or near the largest city of each, the Great Northwest Athletic Conference has established itself as one of the top Division II athletic conferences in the NCAA during its 15-year history. Founded in July 2001, GNAC teams have had a remarkable 87 Division II top-10 national team finishes in 15 of the 16 sports that it sponsors. The GNAC was well represented at the 2015 NCAA Division II Cross Country Championships. Alaska Anchorage’s men placed third, the highest nationals finish for a conference cross country program. Western Washington’s women placed sixth and the UAA women placed eighth. The conference yielded eight All-Americans in the meet, led by the Seawolves’ Henry Cheseto (third) and Caroline Kurgat (sixth). The cross country success was the beginning of an unprecedented season of success for the GNAC. Western Washington’s women’s soccer program advanced to the Division II semifinals for the second time in three seasons while the Vikings’ volleyball program also made a final four appearance. Both of the GNAC’s basketball finalists advanced to the Division II Elite Eight. The Alaska Anchorage women advanced to the national championship game while Western Oregon’s men appeared in the national semifinals. Central Washington softball finished off the banner season with an appearance in the Division II West Super Regional. GNAC teams have won three national titles: Seattle University women’s soccer in 2004, Seattle Pacific women’s soccer in 2008 and Western Washington men’s basketball in 2012.

Some of the top runners in the conference are featured on this year’s GNAC Cross Country Championships program.

Over the last six seasons, Alaska Anchorage has been nothing short of dominant at the GNAC Cross Country Championships. The Seawolves hope to win lucky title No. 7 on Saturday as the championship meet returns to Bellingham’s Lake Padden Park. In four of the last five championship meets, the Seawolves have scored under 30 points and put together near perfect scores of 18 points in 2014 and 21 points in 2015. In their three meets this season, UAA has finished no worse than second, recording a perfect 15 once, and has not lost to another GNAC team. Western Oregon junior David Ribich It helps that eight runners return has won two meets this season and from last year’s squad that not only was second in his third meet. won the GNAC and West Regional meets, but went on to place third at the NCAA Division II Championships. Junior Edwin Kangogo and senior Michel Ramirez led the Alaska Anchorage charge and both are contenders for the individual title. Kangogo, a 2015 All-American, placed third at last year’s championships and has a win and a top-five finish under his belt in 2016. Ramirez, a 2014 All-American, has placed no worse than fourth in any meet this season. Two-time defending GNAC individual champion Henry Cheseto also returns to the fold, but has finished no better than 11th in two races after winning all but two races he competed in as a sophomore. That opens the door for a number of talented individuals who would like to be the first non-UAA athlete to win the individual title since 2007. Western Oregon’s David Ribich tops the list. The junior placed fourth last year and won his first two races of the season in 2016. Ribich, however, has not raced since placing second at the Sept. 17 Sundodger Invitational. Western Washington junior Isaac Derline put his name on the watch list after winning the WWU Classic on the Lake Padden course on Oct. 8. Derline ran 31:13.2 for the NCAA championship distance of 10,000 meters, finishing 23 seconds ahead of Ramirez. Others to watch in the podium chase include Northwest Nazarene freshman Godfrey Kemboi, who ran a season-best 25:40 for 8,000 meters last week at the Lewis & Clark Invitational, and Western Washington junior Andrew Wise, who was 10th at last year’s GNAC meet. Other top-10 finishers from last year’s meet on the team rosters for 2016 include Simon Fraser’s Marc-Antoine Rouleau (seventh), Alaska Anchorage’s Victor Samoei (sixth) and Nathan Kipchumba (ninth) and Northwest Nazarene’s Isaac Mitchell (eighth). In the team competition, Simon Fraser and Western Washington stand the best chance to dethrone the Seawolves. The Clan and Vikings finished third and fourth, respectively, to UAA at the Western Washington Classic. Simon Fraser returns five competitors from last year’s meet while Western Washington returns seven. Western Oregon also stands to make a charge at the team title. The Wolves finished ahead of Simon Fraser at September’s Ash Creek Invitational and has solid depth with Ribich, freshman Justin Crosswhite and sophomore Dustin Nading.

There is a score to be settled when Alaska Anchorage and Western Washington meet this weekend at the 2016 GNAC Cross Country Championships. It began at last year’s GNAC Championships, when the Seawolves placed their five scoring runners in the top-15 to score 39 points and win their sixth title in a seven-year span on the Vikings’ home course. Western Washington, however, had its say at the regional and national meets. The Vikings finished ahead of the Seawolves in both competitions, placing second at the West Regional Championships Alaska Anchorage senior Joyce and sixth at the NCAA Division II Chelimo looks to win her second Championships. straight GNAC individual title. The two teams are expected to battle for the championship trophy once again and bring a lot of experience back. The Seawolves return eight of nine competitors that ran in last year’s meet while the Vikings return seven. Alaska Anchorage will be led by the potent one-two punch of senior Joyce Chelimo and junior Caroline Kurgat. Chelimo is the defending individual champion and a two-time All-American, but did not race this season until the Oct. 8 Western Washington Classic, where she finished 10th. Kurgat was the runner-up to Chelimo at the 2015 GNAC Championships and placed sixth at the national meet. So far this season, Kurgat has finished no worse than third in three meets, winning the Notre Dame de Namur Argo Invitational and placing second at the WWU Classic. Chelimo and Kurgat will not be the only contenders. After an AllAmerican junior season on the track, Saint Martin’s senior Shannon Porter has made her mark on the cross country course. Porter has three victories to her credit this season and placed fifth at the WWU Classic, just 21 seconds off the pace set by Kurgat. Seattle Pacific brings to the table a one-two punch of its own in junior Mary Charleson and senior Sarah Macdonald. Charleson opened the season with a win at the Humboldt State Invitational, running against some of the region’s top teams, and has finished no worse than 11th in any race this season. Macdonald placed third at Humboldt and was fourth in the virtual championship preview at the WWU Classic. Simon Fraser’s Rebecca Bassett will also have a chance to earn the Clan’s first GNAC individual cross country title. The senior placed third at last year’s championship and has one win on the season at September’s Ash Creek Invitational. Two other top-10 finishers from last year’s meet return: Western Washington’s Brittany Grant (eighth) and Alaska Anchorage’s Kimberly Cosica (ninth). Other runners to watch in the individual race include Northwest Nazarene’s sister act of Sierra and Anysja Manzer. Sierra, a sophomore, has three top-five finishes on the season, topped by a win at the season-opening Idaho State Invitational. Anysja had three top-10 finishes, including a third place finish at September’s Yellowjacket Open. Simon Fraser is expected to contend for the team title after winning in 2014 and placing third in 2015. In addition to Bassett, junior Julia Howley has paced the Clan to solid team finishes all season. Seattle Pacific is also in the mix thanks to the work of Charleson and Macdonald along with senior Hannah Calvert.

The Nanooks have seen steady improvement, particularly in the women’s program. Senior Dorothy O’Donnell notched a top-five finish at the Willamette Invitational while she and Kali Striker were among the top GNAC performers at the WWU Classic. Lukash Platil and Alex Eckert lead the Alaska men. The two have shared the No. 1 spot the majority of the season, with Platil notching top-50 finishes at both the Willamette Invitational and Sundodger Invitational.

The Manzer sisters provide a solid one-two punch for the Crusaders’ women. Sophomore Sierra Manzer won the Idaho State Invitational and has top-five finishes in all four meets this season. Anysja Manzer placed fifth the L&C Invitational and ninth at San Francisco State. Freshman Godfrey Kemboi has established himself as a men’s front-runner, winning the Yellowjacket Invitational and placing fifth at Idaho State. Senior Isaac Mitchell returns with All-GNAC credentials. He led the Crusaders with his sixth place finish at San Francisco State.

The Falcons return one of the most experienced teams of women to this year’s meet. Junior Mary Charleson won the Humboldt State Invitational to open the year, placed second at the SMU Open and 11th at the WWU Classic. Senior Sarah Macdonald was the second GNAC runner to cross the line at the WWU Classic, placing fourth, and has top-five finishes in all three of her meets this season. Junior Ben Halladay is the leader of the Seattle Pacific men, topped by a 19th place finish at the Humboldt State Invitational and a 35th place finish at the WWU Classic. Freshman Danny Provo has stepped up as the No. 2 runner in all three meets. Men 181 Ben Halladay 182 Brysten James 183 David McLeod 184 Jesse Phan 185 Danny Provo 186 Clark Sterling 187 Joey Walker

The Clan aim to be challengers for both the men’s and women’s team titles. The SFU men return most of its runners from last year’s runner-up finish. Junior Braeden Charlton has led the way in 2016 with three top-20 finishes, paced by a 12th place finish at the WWU Classic. Senior Oliver Jorgensen also returns, but has yet to run in a meet this season. Rebecca Bassett hopes to challenge for the women’s individual title. The senior won the Ash Creek Invitational in September and has placed in the top-20 of all four meets this season. Junior Julia Howley has followed close behind in each meet, placing third at Ash Creek and joining Bassett as a top-20 finisher at the Stanford Invitational. Men Yr. 188 Braeden Charlton Sr. 189 Mateo de Dalmases Jr. 190 Rowan Doherty So. 191 Thomas Gallagher Fr. 192 Phillipe Gravel Jr. 193 Sean Miller So. 194 Timothy Mustard So. 195 Marc-Antoine Rouleau Sr. 196 Samuel Serviss So. 197 Lorenzo Smith Sr. 198 Ephraim Tadesse Jr. Women 80 Miryam Bassett 81 Rebecca Bassett 82 Erina Cho 83 Reta Dobie 84 Julia Howley 85 Paige Nock 86 Chelsea Riberio 87 Addy Townsend 88 Dana Townsend

Running on its home course, Western Washington is a contender in both the men’s and women’s races. The Vikings’ women placed second to UAA last year before bettering the Seawolves at both the regional and national meets. Senior Brittany Grant provides solid leadership up front, opening her season with a 15th place finish at the Roy Griak Invitational and was 17th at the WWU Classic. Junior Lillianna Stelling was second at the CWU Invitational and 27th at the Griak. For the men, junior Isaac Derline placed sixth in his first two meets before winning the WWU Classic. Derline figures to be in the mix for the individual title. Junior Andrew Wise won the CWU Invitational and placed 10th at the Griak while senior Matthew Lutz placed sixth at the WWU Classic. Men Yr. 210 Peter Butler Fr. 211 Liam Cossette Fr. 212 Ben Crowell Fr. 213 Isaac Derline Jr. 214 Sean Eustis Jr. 215 Cameron Freshwaters Jr. 216 Logan Giese Jr. 217 Dylan Hayes So. 218 Justin Irvine So. 219 Matthew Lutz Sr. 220 Cody McCranie Sr. 221 Nick Mounier So. 222 Max Romey Jr. 223 Andrew Wise Jr. 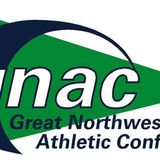