NOW IS THE TIME TO ADVERTISE 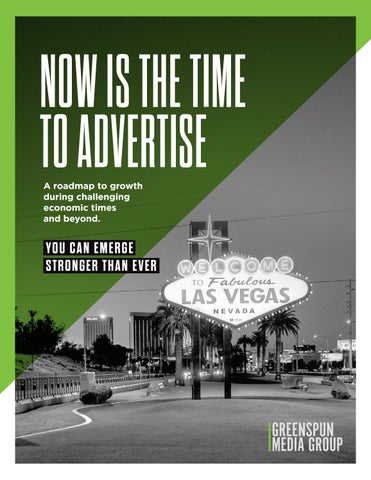 NOW IS THE TIME TO ADVERTISE A roadmap to growth during challenging economic times and beyond.

YOU CAN EMERGE STRONGER THAN EVER

A downturn is scary for everyone, but it presents a unique opportunity for businesses. As other companies cut marketing and advertising budgets, savvy organizations are adapting to the changing marketplace to secure decades of future growth. Nearly a century of data can conclusively tell us:

Now is the time to advertise.

7 REASONS WHY NOW IS THE TIME TO ADVERTISE

Other companies — including your competitors — are scaling back their advertising efforts to save money, leaving the door open for other businesses to gain market share. With fewer advertisers in the space, your share of voice will increase, leading to an increase in share of mind, and most importantly, increased market share. Advertising now means you’ll gain the market share that you’ll continue to enjoy and leverage for years to come. In a study of recent U.S. recessions, McGraw-Hill Research evaluated 600 companies from 1980 to 1985. They found that business-to-business firms that maintained or increased their advertising during the 1981-82 recession had significantly higher growth on average during the recession and in the years following, compared with businesses that decreased advertising. By 1985, the companies that advertised aggressively during the recession experienced 256% growth. (1)

the amount of growth by companies that continued to advertise through the 1981-82 recession.

Sales for the companies analyzed were almost equal before the recession but varied greatly during and in the years following the downturn. Companies that decreased their advertising during the time period maintained flat sales and only modest growth afterward. Companies that advertised experienced significant, long term growth.

BECOME OR STAY A MARKET LEADER As other brands go quiet, your consistent messaging positions your business as the leader and authority in the marketplace. This also gives businesses the opportunity to refocus and reposition their brand to meet new customers, maybe even introducing new products or services. Let your customers and the community at large know you’re alive, stable and here for them. Penton Research Services, Coopers &amp; Lybrand and Business Science International conducted an analysis of the 1990-1991 recession. They concluded that businesses that performed well focused on a strong marketing program because this strategy allowed them to solidify their customer base, take business away from their competitors and positioned themselves for future growth during the rebound.

“When times are good, you should advertise. When times are bad, you must advertise.” Research firm Meldrum &amp; Fewsmith conducted six studies that conclusively demonstrate that advertising aggressively during recessions increases sales and profits. This has been true for all postWorld War II recessions studied by the American Business Press beginning in 1949. (1)

In the 2008 crash more than half of brands that stopped advertising saw a ...

Decrease in consumer brand use

Decrease in brand image in the eyes of consumers

And brands that cut their advertising at a higher rate than their competitors were at a greater risk of market share loss. (4) —Millward Brown

According to The Strategic Planning Institute of Cambridge, MA, a recessionary market can provide an opportunity for aggressive advertisers to build a greater market share, while businesses that reduce media spending lose their market share. This demonstrates that during a recession, businesses can accomplish greater gains without reducing short-term profitability.

PROTECT YOUR INVESTMENT FROM COMPETITORS WHO ARE STILL ADVERTISING

It’s a good time to increase advertising, but it’s a dangerous time to cut because doing so cedes ground to your competitors. When times are tough, businesses need to do everything they can to protect their investments — including the equity they’ve built in their advertising and marketing. If companies decrease or even eliminate their advertising during a downturn, the cost to regain share of voice in the market can be many times the cost to have maintained it. (2)

CONSUMER BASE WHEN ALL BUSINESSES ARE ADVERTISING

CONSUMER BASE LOST TO OTHER BUSINESESS AS SOME CUT ADVERTISING

After advertising cuts, consumers of Businesses A and D are lost to Businesses B and C, which are still advertising to draw customers and maintain brand awareness.

CAPTURE THE MOST VALUABLE CUSTOMER Customers spending money right now are optimists. They’re the highest-spending and most valuable customers out there. Further, people who are visiting Las Vegas right now have the means to defy the recession. They’re adventurous, they’re traveled, and they’re willing to shell out for a good time. Capturing their loyalty now will mean having it for years to come. Give them permission to enjoy again. Las Vegas offers an emotional release and represents a return to normalcy, joy and even revelry. Giving customers that comfort now will not be forgotten later. Capture that customer before your competitors do.

SHOW THEM WHO YOU ARE Brand opportunities are abound during tough times — and it’s the right time communicate who you are to the community. Tailor your voice, demonstrate your value, earn consumer trust, be the ally everyone needs right now. In today’s world, brands live and die on their messaging — show them you’re the good guys. Be consistent when everything else is uncertain. During downturns, customers are more discerning about where they spend their money. They want a high value product, but also want to feel good about it. Advertising isn’t just an opportunity for large and mid-size businesses, it’s a powerful way for small businesses to get in front of customers who want to support the community and make their dollars count.

7 REASONS WHY NOW IS THE TIME TO ADVERTISE

YOUR AD DOLLARS GO FURTHER During a downturn, your advertising dollars go further and reach farther. With a less saturated market, capturing a high share of voice is easier and less expensive than it is when the economy is booming. You’ll also probably be able to find better deals on advertising, including placements and campaigns that you may not have been able to afford otherwise. This means higher share of voice, more influence and less dollars spent. It’s similar to buying stocks when the market dips — you get a lot more value for your dollar today, and the future payoff will be massive. A study out of Oregon analyzed 2,662 firms during 1970-1991 to determine the effect of advertising during a recession. Firms that advertised during a recession increased in value and got more marketing bang for their buck — in some cases, three years after the recession ended. (5)

YOU WON’T SEE THE EFFECT OF AD CUTS UNTIL IT’S TOO LATE A 2008 study by the Institute of Practitioners in Advertising reported that, “following a budget cut, a brand will continue to benefit from the marketing investment made over the previous few years. This will mitigate any short-term business effects and will result in a dangerously misleading increase in short-term profitability. The longer-term business harm will be more considerable but will not be noticed at first.” Further, “A brand judged to be on the way down, because it has fallen silent, will very rapidly see this manifested in word-of-mouth, which will accelerate the perception of failure.” (4)

The adage that no two recessions are ever the same holds true, now more than ever. But countless studies, spanning more than 100 years and multiple downturns tell us this: Advertising now is an insurance policy for the future. If you want your business to not only survive the downswing but thrive during the upswing, advertising is necessary today. While the COVID-19 pandemic and the associated consequences are unprecedented in recent decades, it’s not an entirely unprecedented circumstance. The last time large swaths of Americans were asked to stay home as a result of a contagious disease was during the 1918-1920 flu pandemic. Here are two important things we learned about advertising in years following: Businesses thrived by advertising: Advertising executive Roland S. Vaile evaluated 200 companies during the recession of 1923. In a report published by the Harvard Business Review in 1927, Vaile concluded that companies who advertised during the economic downturn were 20% ahead of where they were before the recession. Companies that reduced advertising were still in the recession and 7% below their 1920 levels. (5)

Long-lasting, powerhouse brands were formed: In the 1920s, Post was the category leader in the ready-to-eat cereal category. During the Great Depression, Post cut down its advertising significantly while competitor Kellogg’s doubled its advertising and introduced Rice Krispies. As a result, Kellogg’s profits grew 30%, and the company became the category leader, a position it has since maintained for decades. (6)

All businesses have to manage spending right now, but they cannot lose sight of the brand they need to support.

Advertising is how you support a business. It’s how you set the foundation of a long-lasting future. And the data repeatedly and conclusively demonstrates vast returns on advertising investments following a downturn.

NOW IS THE TIME TO ADVERTISE

A roadmap to growth during challenging economic times and beyond. You can emerge stronger than ever. 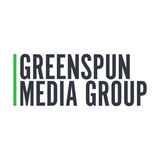