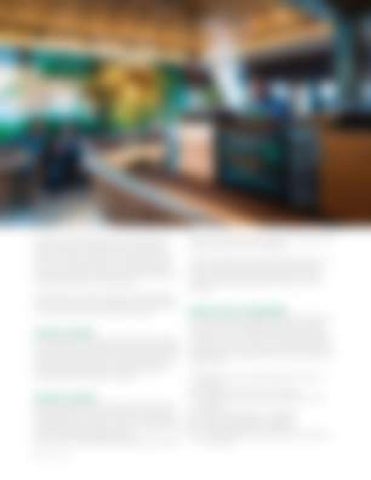 the Amazon call centre in Jamaica. As you may already be aware, Starbucks is now open in Montego Bay. I’ve read in the Jamaica Observer shortly after the first store’s launch that they were hiring for their second location in Kingston. The company’s website also reports that they intend to open 15 locations across the island in 5 years. These companies join a long list of other international brands successfully doing business in and from Jamaica. What is it that they see? What is driving them to invest in Jamaica? Here are a few macro factors to consider that give understanding of the investment prospect and growth trajectory of Jamaica.

POLITICAL CLIMATE The political construct of Jamaica is considered to be stable. Jamaica is a commonwealth country employing a social democratic ideology equally endorsed by its two major political parties. Neither of the two political parties’ philosophy in their current form have the potential to cause the country to shift towards communist or dictatorial ideologies and that’s assuring for most investors.

Jamaica and strictly adhere to global Anti-Money Laundering policies, allowing for the smooth flow of funds globally. The value of the Jamaica currency against its North American and European counterparts tips the scales to the benefit of foreign investors from these locations as their foreign currency have the power to stretch farther in Jamaica than it would in their home economies.

JAMAICA’S POLICY FRAMEWORK One has to look no farther than Jamaica’s Ministry of Justice website to recognize there has been significant priming within the policy framework to create an enabling environment for investments and economic growth. A cursory look at the recent laws being passed or amended over the last few years shows tremendous activity within the policy framework to stimulate investments and economic growth. Let me site a few: n n

FINANCIAL SYSTEMS Jamaica has a stable financial system allowing for the exchange of funds between lenders, investors, and borrowers. The Jamaica Stock Exchange (JSE) over the last few years has been counted among the best performing Stock Exchanges in the world and in 2015 was ranked as the #1 Stock Exchange having grown by 80%. Jamaica has seven commercial banks tightly regulated by the Bank of 18 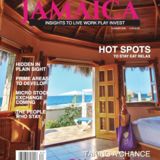