How Catalytic Converters Are Used In The Long Term 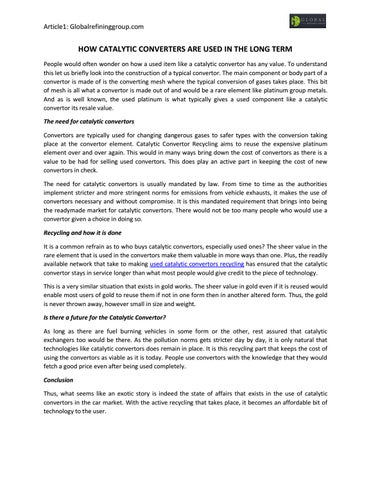 HOW CATALYTIC CONVERTERS ARE USED IN THE LONG TERM People would often wonder on how a used item like a catalytic convertor has any value. To understand this let us briefly look into the construction of a typical convertor. The main component or body part of a convertor is made of is the converting mesh where the typical conversion of gases takes place. This bit of mesh is all what a convertor is made out of and would be a rare element like platinum group metals. And as is well known, the used platinum is what typically gives a used component like a catalytic convertor its resale value. The need for catalytic convertors Convertors are typically used for changing dangerous gases to safer types with the conversion taking place at the convertor element. Catalytic Convertor Recycling aims to reuse the expensive platinum element over and over again. This would in many ways bring down the cost of convertors as there is a value to be had for selling used convertors. This does play an active part in keeping the cost of new convertors in check. The need for catalytic convertors is usually mandated by law. From time to time as the authorities implement stricter and more stringent norms for emissions from vehicle exhausts, it makes the use of convertors necessary and without compromise. It is this mandated requirement that brings into being the readymade market for catalytic convertors. There would not be too many people who would use a convertor given a choice in doing so. Recycling and how it is done It is a common refrain as to who buys catalytic convertors, especially used ones? The sheer value in the rare element that is used in the convertors make them valuable in more ways than one. Plus, the readily available network that take to making used catalytic convertors recycling has ensured that the catalytic convertor stays in service longer than what most people would give credit to the piece of technology. This is a very similar situation that exists in gold works. The sheer value in gold even if it is reused would enable most users of gold to reuse them if not in one form then in another altered form. Thus, the gold is never thrown away, however small in size and weight. Is there a future for the Catalytic Convertor? As long as there are fuel burning vehicles in some form or the other, rest assured that catalytic exchangers too would be there. As the pollution norms gets stricter day by day, it is only natural that technologies like catalytic convertors does remain in place. It is this recycling part that keeps the cost of using the convertors as viable as it is today. People use convertors with the knowledge that they would fetch a good price even after being used completely. Conclusion Thus, what seems like an exotic story is indeed the state of affairs that exists in the use of catalytic convertors in the car market. With the active recycling that takes place, it becomes an affordable bit of technology to the user.

ABOUT THE AUTHOR Joey Campbell is a travel enthusiast and golf aficionado. He loves going all over the country in search of the best golf resort packages and deals. In his articles, you will find information on the most interesting golf trips in the US along with details of the best resorts to stay in and he always recommend Golftripjunkie.com for best golf resort packages

How Catalytic Converters Are Used In The Long Term

People would often wonder on how a used item like a catalytic convertor has any value. To understand this let us briefly look into the construction of a typical convertor. Read more. 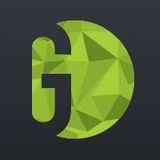