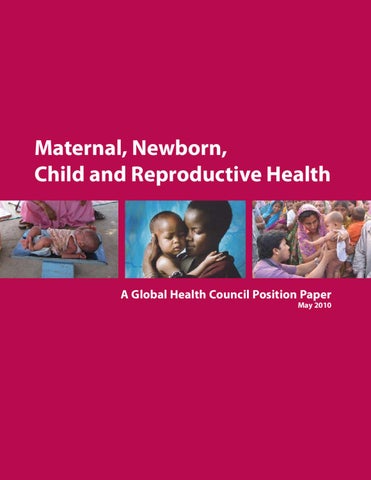 Improved maternal, newborn and child health can enable families to break out of a cycle of ill health and poverty that may otherwise continue for generations. Smaller family size and appropriately spaced births allow families and governments to invest more in each child’s education and health, which raises productivity and economic growth.20 Poor health adversely affects family income, caregiving, and productivity.20, 21 Illness and death contribute to the impoverishment of families through medical expenditures they can ill afford, reducing funds for necessities, such as food and education.

Maternal, Newborn and Child Mortality Every year, between one-third and one-half million women die from causes related to pregnancy and childbirth, and millions more suffer from pregnancy-related complications.2, 38 Nearly 9 million children under the age of five die annually, mostly from preventable and treatable causes. Of these, 3.7 million die before they are one month old.1, 2 Nearly 99 percent of maternal and child deaths occur in low- and middle-income countries—about half occur in sub-Saharan Africa and about a third in South Asia. Nearly one-third of child deaths occur in India and Nigeria; nearly one-quarter of maternal deaths occur in India. 1-4 In sub-Saharan Africa, 50 percent of maternal deaths take place within one day of childbirth, while 30–50 percent of newborn deaths occur during the first day.5

Reproductive Heath Every year, 250 million years of productive life are lost due to death or disability related to poor sexual and reproductive health, especially among women in lowincome countries.11, 12 Providing modern contraceptives could avert 52 million unintended pregnancies, 142,000 maternal deaths, 22 million induced abortions, and save 505,000 children from losing their mothers each year.13 Total fertility rates in 32 countries remains at or above five births per woman; on average, only 12 percent of women in these countries use a modern method of contraception.14

Achieving Millennium Development Goals (MDGs) 4 and 5 would reduce maternal and child deaths to less than 147,000 and 4.2 million, respectively and contribute to progress on the other MDGs.

In some low- and middle-income countries, up to half of hospital budgets allocated to obstetrics and gynecology are spent treating complications of unsafe abortion.17

USAID estimates the annual lost productivity cost of maternal and newborn mortality to be $15 billion.7 Countries with the highest child mortality rates also have high birth rates, maternal mortality ratios, lifetime risk of maternal death, and population growth rates.8, 9 Since 1970, the birth rate in developing countries has dropped from 5.7 births per woman to 3.3 and

A billion sexually transmitted infections (STIs) (one per every three adults) occur each year.18 Symptomatic and asymptomatic STIs can be passed to infants or result in infertility. Gender-based violence (GBV) is often exacerbated by pregnancy or may result in pregnancy.19

Pregnancy and Delivery In addition to access to reproductive health care, key elements of maternal heath include timely prenatal and postnatal care, skilled care during delivery, and emergency obstetrical care.2 Women who have intended pregnancies and experience a healthy pregnancy and childbirth are more likely to have healthy babies than those whose pregnancies are unintended or unsupported by good care.2 Every year about 10 million women endure lifethreatening complications during pregnancy and childbirth, often suffering long-term disability.6 More than half of births in Africa and nearly onethird in Asia take place without a skilled attendant present, increasing the risk of death or disability for both mother and newborn.24 Maternal nutrition during pregnancy is critical, as malnutrition can lead to pregnancy and birth complications, as well as low birth weight.2, 25 Younger mothers are more likely to die during pregnancy and childbirth. Compared to women age 20–24, girls age 10–14 have a five-fold increase in likelihood of death; those age 15–19 are at twice the risk.26 Most maternal deaths stem from emergencies that do not receive the rapid, skilled intervention they require— skilled care during delivery and emergency obstetrical care are essential.2

Postpartum and Newborn Period The first week of life is the riskiest time of life— threequarters of all neonatal deaths occur during this period; most on the first day of life.2 Incomplete vital statistics are common, thus perinatal deaths may be higher. An estimated 20 percent of newborns in developing countries have a low birth weight (less than 2,500 grams or about 5.5 pounds), which is associated with maternal malnutrition.25

Newborn deaths can be averted by having trained personnel available during and following birth and through simple practices, including breastfeeding and keeping the baby warm.27

Childhood Period Child illnesses and deaths are preventable with simple, proven, low cost interventions, including immunizations, vitamin and micronutrient supplementation, and prevention or treatment of pneumonia and diarrhea.28 For example, in just six years, measles vaccinations reduced child deaths due to measles by 60 percent, from nearly 900,000 in 1999 to about 400,000 in 2005.29 Overall, 80 percent of the package costs are for preventing, rather than treating disease.30 Some preventive efforts, like vaccines, are easily affordable; others, such as improving access to clean water and sanitation, are initially costly but ultimately highly cost-effective.31, 32 An integrated approach to child health reduces implementation costs and provides more comprehensive care by addressing multiple health issues.9 For every dollar spent on the diphtheria/tetanus/pertussis vaccine, economists estimate a savings of $29; for the measles/mumps/rubella vaccine, $21.33 Undernutrition contributes to 35 percent of child deaths; it weakens the ability of children to fight off infection.25 Motherless children are at greater risk of malnutrition, inadequate schooling, disease and death.34 Millions of children suffer from short- and long-term consequences of illness, malnutrition and injuries that reduce their educational and employment opportunities later in life.35 Interventions to improve child nutrition are costeffective, have long-term benefits on schooling and intelligence tests in adulthood and return up to $3 in additional wages for every $1 invested.36, 37 Girls who are stunted become women who are more likely to have low birth weight babies, reinforcing the transmission of poverty from generation to generation.2

Reproductive health education and services for men and boys Immunization

Delay of marriage until age 18

The MNCRH strategy should reflect the disease burden in each country and address health systems strengthening, the underlying causes of illness and death, and the needs of poor or marginalized populations.

The MNCRH strategy should be led by national governments in partnership with other stakeholders and should be responsive to existing structures and capacity.

Investment in maternal, newborn, child and reproductive health must increase substantially to achieve MDG 4 and 5; decisions regarding investment should prioritize countries most in need.

International stakeholders need to work together to establish effective partnerships and to promote and sustain long-term commitments to support holistic and integrated MNCRH strategies and programs.

Recommendations Promote integrated programs where possible—combining maternal, newborn, child and reproductive health services, as well as programs on HIV/AIDS, malaria programs and other infectious diseases. Focus on health systems—ensuring that resources are available for optimum care delivery and for the training of health care workers, including skilled birth attendants. Establish standard metrics and methodologies—ensuring that monitoring and evaluation data, operations and implementation research measures, and health outcome information are systematically collected. Conduct epidemiological assessments—documenting each country’s burden of disease and targeting services based on the evidence to those most in need. Deliver health services in an equitable manner—distributing care so that those most in need receive adequate care, particularly families with incomes in the lowest quintile and those in rural areas. Promote national authority—enabling countries to determine strategies for achieving MDGs 4 and 5 and using the Three Ones Principle—one country plan, one coordinating mechanism and one monitoring and evaluation strategy.

Hold stakeholders accountable for results—ensuring that countries and programs can demonstrate that the resources spent are linked to the results achieved. Increase resources to maternal, newborn, child and reproductive health—committing an additional US$10 billion per year needed to save millions of lives. Increase support to country-led efforts—developing strategic national plans that are cost-effective and efficient and expand community-based coverage to complement facility-based services. Harmonize funding from all sources—coordinating resources at the national level and streamlining the evaluation and reporting processes to avoid duplication of effort and reduce administrative burden. Hold governments to their international agreement commitments – including both developing country governments, who need to increase domestic health expenditures, and donor governments, who should meet their targets. Encourage partnerships and evidence-based programming—promoting sustained commitment, collaboration in prioritization and investment, and cost-effectiveness in service delivery.

The Global Health Council is the world’s largest membership alliance dedicated to saving lives by improving health throughout the world. GHC serves and represents public health organizations and professionals working in more than 140 countries on six continents.

Improved maternal, newborn and child health can enable families to break out of a cycle of ill health and poverty that may otherwise continue for generations. Smaller family size and appropriately spaced births allow families and governments to invest more in each child’s education and health, which raises productivity and economic growth. Poor health adversely affects family income, caregiving, and productivity. Illness and death contribute to the impoverishment of families through medical expenditures they can ill afford, reducing funds for necessities, such as food and education. 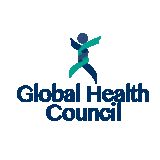