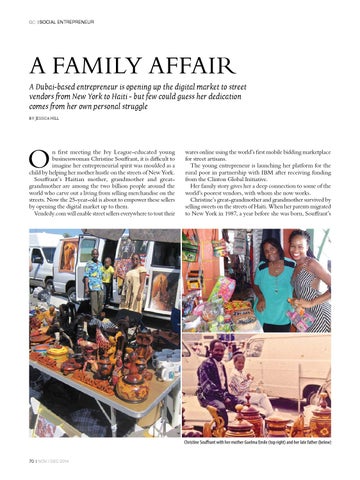 n first meeting the Ivy League-educated young businesswoman Christine Souffrant, it is difficult to imagine her entrepreneurial spirit was moulded as a child by helping her mother hustle on the streets of New York. Souffrant’s Haitian mother, grandmother and greatgrandmother are among the two billion people around the world who carve out a living from selling merchandise on the streets. Now the 25-year-old is about to empower these sellers by opening the digital market up to them. Vendedy.com will enable street sellers everywhere to tout their

wares online using the world’s first mobile bidding marketplace for street artisans. The young entrepreneur is launching her platform for the rural poor in partnership with IBM after receiving funding from the Clinton Global Initiative. Her family story gives her a deep connection to some of the world’s poorest vendors, with whom she now works. Christine’s great-grandmother and grandmother survived by selling sweets on the streets of Haiti. When her parents migrated to New York in 1987, a year before she was born, Souffrant’s 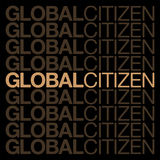 Brad Pitt on the cover. Global Citizen Magazine is a bi-monthly publication with a unique blend of business, art, philanthropy, and fashion...

Brad Pitt on the cover. Global Citizen Magazine is a bi-monthly publication with a unique blend of business, art, philanthropy, and fashion...