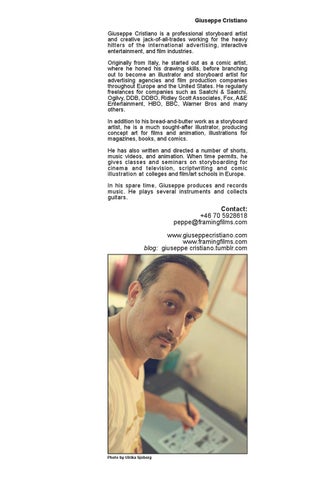 Giuseppe Cristiano Giuseppe Cristiano is a professional storyboard artist and creative jack-of-all-trades working for the heavy hitters of the international advertising, interactive entertainment, and film industries. Originally from Italy, he started out as a comic artist, where he honed his drawing skills, before branching out to become an illustrator and storyboard artist for advertising agencies and film production companies throughout Europe and the United States. He regularly freelances for companies such as Saatchi & Saatchi, Ogilvy, DDB, DDBO, Ridley Scott Associates, Fox, A&E Entertainment, HBO, BBC, Warner Bros and many others. In addition to his bread-and-butter work as a storyboard artist, he is a much sought-after illustrator, producing concept art for films and animation, illustrations for magazines, books, and comics. He has also written and directed a number of shorts, music videos, and animation. When time permits, he gives classes and seminars on storyboarding for cinema and television, scriptwriting and comic illustration at colleges and film/art schools in Europe. In his spare time, Giuseppe produces and records music. He plays several instruments and collects guitars. 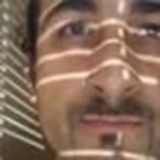