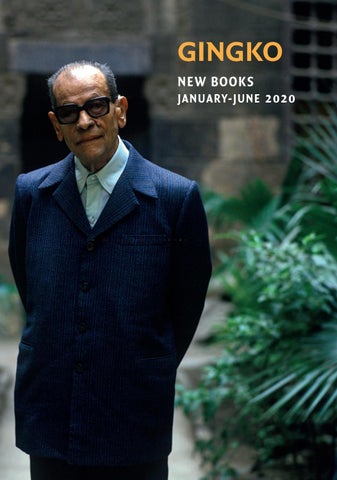 ‘It is only with the publication of… Mahfouz’s non-ﬁction writing that there is a body of journalism and essays through which to trace Mahfouz’s intellectual journey.’ –Financial Times This volume consists of essays published in newspapers between 1982 and 1988, coinciding with the early years of Hosni Mubarak’s presidency described by Mahfouz as an ‘unhurried democracy’. Mahfouz’s exceptional humanity is most prominent in the careful attention he pays to the daily challenges faced by Egyptians. The writing presented here reveals his remarkable insight into the country’s political and social issues, as well as a pragmatic capacity to see the bigger picture, particularly when it comes to the role of Egypt in the Arab world. A recurring theme in the majority of the essays is Mahfouz’s perseverance in insisting, despite hardships, on tolerance and justice, on peaceful coexistence, on the maintenance of work ethics, on the importance of cultural education, and the merits of democracy. Naguib Mahfouz was the most important Arab writer of his generation. He is the winner of the 1988 Nobel Prize for Literature. Russell Harris is an established translator of literary works from French and Arabic. Rasheed El-Enany is Professor Emeritus of Modern Arabic Literature, University of Exeter. ................ NEW

Egyptian and Middle Eastern 20th century society through the lens of Egypt's greatest modern writer Naguib Mahfouz was familiar to newspaper readers across Egypt for his column in the leading daily Al-Ahram, in which he reflected on issues of the day, from domestic and international events, politics, and economics to culture. This volume brings together his articles written between January 1989 and the knife attack in October 1994 that almost ended his life. In carefully crafted short texts his social conscience is revealed as he highlights political shortcomings, economic injustice, and corruption in Egypt and the wider Arab world. His philosophical sensitivity comes to the fore as he contemplates the meaning of a historic event, the contribution of an influential person, or what is required to lead a good life. The collapse of the Soviet Union, the New World Order, the Oslo peace accords, the spread of terrorism, the Cairo earthquake and even climate change—these and more come under Naguib Mahfouz’s fine scrutiny. Naguib Mahfouz was the most important Arab writer of his generation. He was the winner of the 1988 Nobel Prize for Literature. R. Neil Hewison is an author and translator. He was Associate Director at the American University in Cairo Press. Rasheed El-Enany is Professor Emeritus of Modern Arabic Literature at the University of Exeter. ................ NEW

On Literature and Philosophy The Non-Fiction Writing of Naguib Mahfouz: Volume I

Bringing together Mahfouz’s early non-fiction writings (mostly penned during the 1930s) which have never before been available in English, this volume offers a rare glimpse into the early development of the renowned author. As these pieces show, Mahfouz was deeply interested in literature and philosophy, and his early writing engages with the origins of philosophy and its development and place in the history of thought. In his literary essays, he discusses a wide range of authors, from Anton Chekhov to his own Arab contemporaries such as Taha Hussein.

Essays of the Sadat Era 1974-1981 The Non-Fiction Writing of Naguib Mahfouz: Volume II

This fascinating volume brings together Mafouz’s nonfiction writings penned during the era of Anwar Sadat, whose presidency comprised some of the most dramatic events in Egyptian history: from Sadat’s ‘Corrective Revolution’ to the Yom Kippur War with Israel. In this collection Mahfouz deals with diverse political topics, such as socio-economic classes, democracy and dictatorship, Islam and extremism – topics which still seem highly pertinent in relation to the situation in Egypt today. While Mahfouz’s opinions are often considered to be obscured in his fiction writing, here we gain an extraordinarily clear insight into his personal views which helped shape his novels.

OFF LIMITS New Writings on Fear and Sin

‘The leading spokeswoman on the status of women in the Arab world.’ —Guardian ‘At a time when nobody else was talking, [El Saadawi] spoke the unspeakable.’ —Margaret Atwood ‘El Saadawi writes with directness and passion.’ —New York Times Well beyond the Arab world, from Woman at Point Zero to The Fall of the Imam to her prison memoirs, El Saadawi’s fiction and non-fiction works have earned her a reputation for providing a fresh voice in feminist debates concerning the Middle East. This series of essays form a selection of El Saadawi’s most recent recollections and reflections, considers the role of women in Egyptian and wider Islamic society, the inextricability of imperialism from patriarchy, the meeting point of East and West and many other topics. The essays leave no stone unturned and no view unchallenged, and offer the interested reader new insight into El Saadawi’s thoughts and political beliefs. Nawal El Saadawi was born in 1931. She is an Egyptian feminist author, activist, physician and psychiatrist, whose writings focus on the subject of women in Islam. She is founder and president of the Arab Women’s Solidarity Association, and co-founder of the Arab Association for Human Rights. ................ NEW

The aim of this volume is to adopt an original analytical approach in explaining various dynamics at work behind the Arab Spring, through giving voice to local dynamics and legacies rather than concentrating on debates about paradigms. It highlights micro-perspectives of change and resistance as well as of contentious politics that are often marginalised and left unexplored in favour of macro-analyses. First, the stories of the uprisings in Tunisia, Egypt, Syria, Morocco and Algeria is told through diverse and novel perspectives, looking at factors that have not yet been sufficiently underlined but carry explanatory power for what has occurred. Second, rather than focusing on macro-comparative regional trends – however useful they might be – the contributors to the book focus on the particularities of each country, highlighting distinctive micro-dynamics of change and continuity. The essays collected here are contributions from renowned writers and researchers from the Middle East and North Africa, along with Western experts, thus allowing the formation of a sophisticated dialogic exchange. Fatima El-Issawi is a Reader in Journalism and Media Studies at the University of Essex. Francesco Cavatorta is Professor of Political Science and Director of the Centre Interdisciplinaire de Recherche sur l’Afrique et le Moyen Orient (CIRAM) at Laval University in Quebec, Canada. ................ NEW

THE EARLY OTTOMAN PELOPONNESE A study in the Light of an Annotated editio princeps of the TT10-1/14662 Ottoman Taxation Cadastre (ca. 1460-1463)

A monumental and unique work of research and scholarship sheds light on important aspects of Ottoman Peloponnese society In this book, Georgios C. Liakopoulos presents a unique insight into late Byzantine Peloponnese society and its economy, and how these were incorporated into the Ottoman Empire, using as reference the cadastre compiled immediately after the Ottoman conquest. What makes this study imperative is the fact that no similar Byzantine document of the period has survived. The author oﬀers a thorough analysis of the demography of the Peloponnese and its categorisation into urban/rural and sedentary/nomadic, concentrating on the Albanians, the second largest ethnic group after the Greeks. A detailed presentation of the level of agricultural production, livestock, ﬁshing and commerce is illustrated with tables and charts. The book is complemented with a diplomatic edition of the transcribed Ottoman text and facsimiles of the cadastre. Georgios C. Liakopoulos taught Modern Turkish Language and Ottoman History and Palaeography at the University of Athens. He is currently senior postdoctoral researcher at the Max Planck Institute for the Science of Human History in Jena.

One of the major works of world literature finally available in a new, complete and annotated translation In 1814, Goethe read the poems of the great fourteenth-century Persian poet Hafiz in a newly published translation by Joseph von Hammer-Purgstall. The book was a revelation. He called Hafiz his twin and was immediately inspired to create a Divan of his own. At the same time he met Marianne von Willemer, with whom he rapidly fell in love. She became the Suleika to his Hatem and a conversation begun with Hafiz blossomed into a duet for two lovers. In this much awaited new translation, Eric Ormsby’s clear prose is accompanied by explanatory notes of both the verse in German and in English and of Goethe’s own commentary, the ‘Notes and Essays for a Better Understanding of the West-Eastern Divan’. Johann Wolfgang von Goethe (1749-1832) was a German poet, novelist, playwright and natural philosopher, considered one of the greatest figures in Western literature. His most famous work is Faust, a poetic drama in two parts. Eric Ormsby is a distinguished scholar in the field of Islamic Studies. He taught at McGill University where he was Professor and Director of the Institute of Islamic Studies. ................ RECENTLY PUBLISHED

A NEW DIVAN A Lyrical Dialogue between East & West

‘The multilingual delights of A New Divan, published 200 years after Goethe’s, are inspired by the inspiration Goethe took from Hafiz, and his passionate vision of common humanity across cultural difference.’ —Ruth Padel, Financial Times A New Divan contains outstanding new poems by twenty-four leading poets, twelve from the East and twelve from the West, and presents a truly international poetic dialogue inspired by the culture of the Other and Goethe’s late, great work. Writing in Arabic, Persian, Turkish, English, French, German, Portuguese, Russian, Spanish and Slovenian, each pair of poets has responded to one of the themes of the twelve books of Goethe’s Divan. Working either directly with the original poets or via a bridge translation, the twenty-two English-language poets have created poems that draw on the poetic forms and cultures of the poets taking part. Three pairs of essays enhance and complement the poems, mirroring Goethe’s original ‘Notes and Essays for a Better Understanding of the West-Eastern Divan’. Bill Swainson is a freelance editor and literary consultant. In 2015 he was awarded an OBE for services to literary translation. Barbara Schwepcke is the founder of Gingko and the chair of its board of trustees. In 2003 she founded Haus Publishing.

NORTH AMERICA AND REST OF THE WORLD SALES AND DISTRIBUTION

INSPECTION COPIES Titles are availabe to bona fide academic teaching staff to review as possible required texts for their students. For more information and to order an inspection copy please email gingko@gingkolibrary.com.

PUBLISHING WITH GINGKO We welcome proposals for new, learned books that deal with topics pertaining to the Middle East and North Africa, or the Islamic world in general, whether they are academic monographs, edited volumes, or general interest (non-fiction) books. If you have a project that you would like us to consider, please get in touch with our editorial department at gingko@gingkolibrary.com. For more information, please visit the Academic Advisory Board page on our website.

WHY PUBLISH WITH US? ethical publishing

Gingko is an independent publisher. Our aim is to advance informed discourse about the Middle East and North Africa for the benefit of academics and the wider public rigour

We care about quality; all of our publications are subject to peer review facility

We aim to publish within a year of a manuscriptâ&#x20AC;&#x2122;s acceptance promotion

We exhibit at conferences worldwide, including MESA and BRISMES worldwide distribution and sales

Gingko promotes and facilitates dialogue between the Middle East and the Western world through conferences, scholarly publications, student retreats and cultural projects such as the New Divan.

In the face of an increasingly virulent divide between East and West, we enable constructive, informed and open discussion, giving a voice to a new generation of thinkers and opinion formers.