Advantages of Solar Street Lights Over Other Street Lights The use of solar panels in the provision of electricity is increasingly gaining momentum in recent time with usage and power production capacity which far outweigh that of its hydro and biological source counterparts. Today, virtually every outdoor usage appliance which previously makes use of power generated from grids and/or rechargeable batteries is now being designed to operate with the power generated from the sun; an important part of which is the solar street light. Unlike every other types of available street lights; be it grid or battery, the solar powered street lights comes with many advantages among which includes: i.

Conserve Energy and Reduce Reliance on National Grid: - the production of energy, its distribution as well as consumption are the three important stages of power circulation. At the level of consumption, the use of power; like that of water or any other public utilities, also require conservation so as to bring about the optimum satisfaction during usage. While the other types of street lights (electricity or battery powered) often consume more power and are operated directly or indirectly from the national grid, solar street lights work completely independent of the national grid and consume relatively lower energy when compared to its counterparts.

It is Cost Effective: - due to its ability to work independent of the national grid vis-Ă -vis its minimal energy consumption capability, the solar street light type is relatively cost effective, wireless in nature, and does not require an unnecessary allegiance to a utility company for power provision. In addition to these, it is also durable and does not require much maintenance as is the case with the other types of street lights available.

They Pose Lesser Risk: - unlike the electricity powered street lights types, solar powered street lights pose little or no risk at all. This is however unconnected with the nature of its connections which are strictly panel-based and do not require the use of wire in the transfer of high voltage currents which invariably can bring about the risk of electrocution, strangulation and overheating among several others.

It is Environment Friendly: - if there is any serious commitment at all towards the preservation of the environment against any form of emission or hazard, then the use of a solar-powered street lights should be considered as among the greatest priorities. This is because solar-powered street lights generate their power directly from the sun, and are free from greenhouse emissions or any other form of environmental hazards which are often associated with the other types of street light categories.

Consistency in Power Supply: - unlike the electricity or battery powered street light types whose functioning and operations solely depends on the availability of electricity; one which can be hampered by several human and environmental factors among which are wind, heavy rain among several others. The solar powered street lights guarantee better illumination at night as it owes its operation solely to the availability of a little amount of sunlight with which to recharge the battery and as well provide light as at when required. 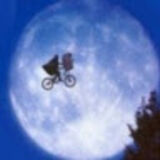 The use of solar panels in the provision of electricity is increasingly gaining momentum in recent time with usage and power production capa...

The use of solar panels in the provision of electricity is increasingly gaining momentum in recent time with usage and power production capa...