OUR MISSION OF HELPING IOWAâ&#x20AC;&#x2122;S FARM FAMILIES GROW SUCCESSFULLY + RESPONSIBLY IS STILL AS IMPORTANT TO THE STATE TODAY AS IT WAS 15 YEARS AGO.

A SOCIAL LICENSE TO FARM? EARNING THE TRUST OF A NON-FARMING PUBLIC LAURIE JOHNS - COMMUNICATIONS CONSULTANT

YOUR FARM. YOUR FUTURE.

CSIF is a non-profit, non-partisan

The Coalition has assisted more

assistance to farmers at no cost.

It does not lobby or develop

The Coalition to Support Iowa’s Farmers was created by farmers in 2004 with the mission of working with farmers to advocate and help implement on-farm bestmanagement practices that assist Iowa’s farm families in raising livestock responsibly + successfully.

AMAZING PEOPLE WORKING AS A TEAM

WE HAVE A LIFETIME OF FARMING AHEAD OF US + WE HOPE TO CONTINUE TO GROW WITH LIVESTOCK. I’M THANKFUL WE HAVE CSIF TO HELP. -LUCAS TJELMELAND

Like many of today’s young producers, he realizes a diversified crop + livestock operation is the way to accomplish his dreams. Tjelmeland knew that he needed to further diversify into livestock production to grow the family farm, but wanted assistance in doing it right + understanding the environmental rules that

would apply to his farm. Those reasons prompted him to call the Coalition to Support Iowa’s Farmers when he was finally ready to construct a 4,000 head hog confinement unit in 2014.

THE BEST IN THE BARN

Communicates the Coalition’s mission + services by sharing the stories of Iowa’s farm families who have grown their livestock farms successfully + responsibly.

UNDER ATTACK: PERSPECTIVE FROM THE FRONTLINE

Andy Curliss is CEO of the North Carolina Pork Council, the statewide trade association that advocates on behalf of the stateâ&#x20AC;&#x2122;s farmers + business partners who produce $3 billion in pork products that feed families in North Carolina, across the nation, + around the world.

Eldon McAfee was raised on a farm near Atlantic, Iowa, + continues to operate the family farm with his family in a crop-share lease. Utilizing his farm experience, he went to Drake University Law School in the agricultural law program. Since graduation in 1991 Eldon’s law practice has focused on agricultural law + he is now recognized as one of Iowa’s preeminent attorneys, authors + presenters in agricultural law.

Since joining the Alliance in 2014, Hannah has led the development + implementation of communications strategy + uses traditional, digital + social media to help connect consumers + influencers with factual information about modern food production. Hannah holds a B.S. in agricultural communications + an M.S. in agricultural + extension education from The Ohio State University.

Laurie grew up on a Century hog farm in Wright County + was already working in broadcast news when she graduated from ISU. After a highly successful 25 year career in news, she joined Iowa Farm Bureau, where she helped thousands of Iowa farmers build trust with consumers. Although she just retired from Farm Bureau, Laurie continues to produce + anchor the Iowa Minute, as well as the Spokesman Speaks podcast.

Josh Flint is the Associate Director of Communications + Talent Acquisition at The Maschhoffs, a large, familyowned hog production company. Prior to The Maschhoffs, Josh was an editor at a number of ag magazines, including Prairie Farmer. His passion is telling the story of agriculture + attracting new people to this amazing industry.

oversees the organization’s State + Federal policy initiatives as well as environmental programming. joined IPPA in 2016 as their Producer Education Director. graduated from Iowa State University where he received his bachelors degree majoring in Agricultural Business. grew up on his family’s crop + livestock farm in Lyon County, Iowa.

assists members with general legal information, state + national regulatory affairs + the state legislative program. Chris joined Farm Bureau in 1990. She graduated from Drake University with a Juris Doctorate degree, + also holds an undergraduate degree from the University of Iowa. Chris grew up on a farm in Eastern Iowa + now resides near Des Moines.

SEE YOU IN THE FUTURE 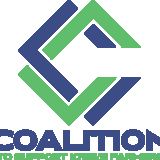 2020 Farming for the Future Program

2020 Farming for the Future Program