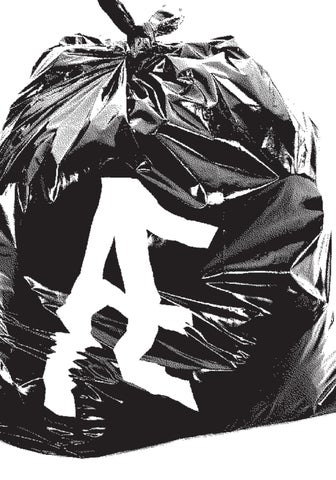 C1 — ÆNGSTASY Science is based on reproducibility and manufactured objectivity. As strong as that makes its ability to generate claims about matter and energy, it also makes scientific knowledge inapplicable to the existential, visceral nature of human life, which is unique and subjective and unpredictable. Ængstasy = Affection, Anger, Angst, Anguish, Annoyance, Anticipation, Anxiety, Apathy, Arousal, Awe, Boredom, Confidence, Contempt, Contentment, Courage, Curiosity, Depression, Desire, Despair, Disappointment, Disgust, Distrust, Ecstasy, Embarrassment, Empathy, Enthusiasm, Envy, Euphoria, Fear, Frustration, Gratitude, Grief, Guilt, Happiness, Hatred, Hope, Horror, Hostility, Humiliation, Interest, Jealousy, Joy, Loneliness, Love, Lust, Outrage, Panic, Passion, Pity, Pleasure, Pride, Rage, Regret, Rejection, Remorse, Resentment, Sadness, Saudade, Schadenfreude, Self-confidence, Shame, Shock, Shyness, Sorrow, Suffering, Surprise, Trust. C2 — EPIC SCRIBBLES Life is really simple, but we insist on making it complicated. t’s your life, and your choice. Try something, see how it works, then try making some adjustments. Perhaps you get more out of that complexity than you initially thought. Don’t feel bad about adding it back, there is such a thing as “too little,” and it’s a personal decision just like “too much.” Epic Scribbles do not intend to be a scientific art, which they are in no sense. Retro-Jihad has become a decorative art of romantic ornamentism. There is a hierarchy in design: everyone else is at the base, Æther-Design at the summit. Epic Scribbles are as good as the intrinsic qualities of their epic elements, not their representative or narrative possibilities. Epic Scribbles want to be conceived clearly, are executed loyally, exactly without deceits; they abandon troubled conceptions, summary or bristling executions. A serious Epic Scribble must banish all techniques not faithful to the real value of the conception. An Epic

Scribble consists in the conception before anything else. Technique is only a tool, humbly at the service of the conception. Epic Scribbles fear the bizarre and the original. They seek the pure element in order to reconstruct Æther-Stylez that seem to be facts from nature herself. The Epic Scribble must be sure enough not to hinder the conception. Epic Scribbles do not believe that returning to nature signifies the copying of nature. C3 — FACEAPP The human soul is hungry for beauty; we seek it everywhere - in landscape, music, art, clothes, furniture, gardening, companionship, love, religion, and in ourselves. No one would desire not to be beautiful. When we experience the beautiful, there is a sense of homecoming. The most conspicuous directional asymmetries are sometimes only temporary. For example, during speech, most people (76%) tend to express greater amplitude of movement on the right side of their mouth. This is most likely caused by the uneven strengths of contralateral neural connections between the left hemisphere of the brain (linguistic localization) and the right side of the face. Evolutionary theorists in biology and psychology argue that more symmetric faces are preferred because symmetry is a possible honest sign of superior genetic quality and developmental stability. Current studies indicate that face preferences in adults can be predicted by the number of infections in childhood. People who had more infections as children prefer more sex-typical and symmetric faces because those faces indicate being healthy. Especially recent infections trigger this preference. C4 — FACEMAKER The brain is behind the really big questions we have. Who am I, what is my identity? What is that based on? If memories are encoded in connectomes, your personality might be in your connectome. If that’s the case, that’s the basis of your uniqueness as a person. — The ritual cleansing and high qualifications of those making the face. — The use of some form of soil (sometimes clay or dust) to form the face,

particularly soil which has never been plowed or used in any way. — The use of a verbal ritual to form the face into human form. — A concluding word or Name of God is used to activate the creature. C5 — GEANSPIX The combination of a blazer over any T-shirt with a pair of jeans is foolproof. Whether secreted away in a smoky basement laboratory or gleefully experimenting in a well-respected school of magic, the alchemist is often regarded as being just as unstable, unpredictable, and dangerous as the concoctions she brews.Few people know that she is also an artist; she truly enjoys sketching and drawing. C6 — HAZING Each larger society contains within it several distinctly separate groupings. In addition, all these groups break down into still smaller societies in subgroups. Hazing is seen in many different types of social groups, including gangs, sports teams, schools, military units, and fraternities and graphic design offices. The effects of a T3-XMAS-Hazing include increased empathy, euphoria, and heightened sensations, but also memory problems, paranoia, difficulty sleeping, teeth grinding, blurred vision, sweating, and a rapid heartbeat. C6.1 — MOCKUPS I could work in the shower if I had plastic paper. In aesthetics, the uncanny valley is a hypothesized relationship between the degree of an object’s resemblance to a human being and the emotional response to such an object. The concept of the uncanny valley suggests humanoid objects which appear almost, but not exactly, like real human beings elicit uncanny, or strangely familiar, feelings of eeriness and revulsion in observers. C7 — TEAMEME Timmy was a childhood hero. He was a great distributor, elusive, good stepper, very physical, defensively very sound. Today, the devastating news arrived that Timmy had been killed in Misratah, Li-

bya. He was many things: a wake’n’bake kind of guy, a social media expert, a man in black, an artist and friend. He recently won popular acclaim after a poster with a tennis ball, which he designed, was nominated for an Oscar. Timmy was always trying to pull together the bits and pieces of all the shit that was going on around him, to figure out how to follow them through to tell the whole story. C8 — KEEZY Feelings aroused by the touch of someone’s hand, the sound of keezy, the smell of a flower, a beautiful sunset, a work of art, love, laughter, hope and faith – all work on both the unconscious and the conscious aspects of the self, and they have physiological consequences as well. this music is so enticing because it has something to say that can only be said in the near future, something that’s stuttering to come out and is on the tips of everyone’s tongues. Perhaps it’s something to do with the interaction of machines and intelligence, human, post-human or otherwise. So much of this music suggests a strange and vast intelligence newly awoken, confused and trapped within its confined technological systems and yet vastly, ominously powerful for its presence within them. Whether secreted away in a smoky basement laboratory or gleefully experimenting in a well-respected school of magic, the alchemist is often regarded as being just as unstable,

unpredictable, and dangerous as the concoctions she brews. C9 — iCHAT Back when I was a student, I had Steve Jobs over to my house for a fireside iCHAT with the GSB High Tech Club. Message is Apple’s built-in instant messaging (IM) service. It lets you send shit, trash messages, video, sound, and location quickly and easily to anyone else using iMessage on iPhone, iPad, Mac, or Apple Watch. Apple added significant updates to iMessage in iOS 10, including bubble and screen effects, emoji tapbacks and full-on emojification, Digital Touch and handwriting, and iMessage apps. On your iPhone, iMessage lives alongside SMS and MMS, so you can keep in touch with non-Apple friends from the same app. Thanks to Continuity, you can get those „green bubbles“ on iPad and Mac as well! It makes for an incredibly powerful, unified experience. In this Chapter we show you how to use it. C10 — NIFTY SCRIBBLES A man can no more diminish God’s glory by refusing to worship Him than a lunatic can put out the sun by scribbling the word, ‚darkness’ on the walls of his cell. Often, we associate nifty scribbles with negative habits: It’s out of control, childish, messy, sloppy, stupid, unnecessary or wasteful. But it’s also fun. A lot of fun actually. And, as drill instructors, we can

tell you that scribbling is one of the best ways to improve your skills in different ways. C11 — I dONNO Y I NEED IT. I DONNO Y I LIKE IT. This place? Nothing positive. OK, I want to say something positive. It’s positively a dump. When she was just a girl she expected the world, but it flew away from her reach and the bullets catch in her teeth. Life goes on, it gets so heavy. The wheel breaks the butterfly every tear a waterfall. In the night the stormy night she’ll close her eyes. In the night the stormy night away she’d fly. This part of the lyrics seems to symbolize the expectations humans have about anything. In particular, when you are young, you dream about getting/achieving so many things. However, as you grow up and start becoming older, you realize that not everything is achievable and that not everything is meant to be. When this hits you, you go into a state of disillusionment and start dreaming of what would be, in your mind, the perfect world or „paradise“. Inevitably, before we try to find where paradise is, in the first step, we have to find where this word and its notion come from. Unlike some people’s thought that this word is from the story of God’s creation in the Hebrew Bible, in fact, we cannot find it from the Hebrew Bible. The word is ultimately of Persian origin and denotes a “park” originally. Hence, they might not want to know where it is, but always look forward to knowing where the way to get there is.

DISCLAIMER: To allow you to access a fascinating world of further awesome content in the digital realms of the world wide web, we have constructed a page of QR-codes, that shall connect you to a plethora of images, sounds and emotions! There is a code for each chapter … check it out!

TRÆSH aims on giving a 360° experience of the Æther-Design ethos. To assure we can deliver a smooth Æther experience across all your channels, make sure to access our digital assets via the QR codes in the back of the book. This engagement model is tailor made to boost your emotional response and tweak your excitement in ways never imaginable before. TRÆSH is designed for a very ‘minds-on’ experience, meaning that your life and existence shall remain forever altered by the worlds captured within. TRÆSH aims on giving a 360° experience of the Æther-Design ethos. To assure we can deliver a smooth Æther experience across all your channel...

TRÆSH aims on giving a 360° experience of the Æther-Design ethos. To assure we can deliver a smooth Æther experience across all your channel...