All the spectral colors that are found in sunlight have different healing effects. Painting: ‘SPECTRAL DEPTHS’ by Leanne Venier, Oil on Canvas

The science of healing sunshine and the myths that are killing us. By: LEANNE VENIER

HAVE YOU EVER HEARD of a jaundiced baby being treated simply by shining blue light on his skin? It’s true. Blue light therapy has been the hospital standard in the U.S. since the 1960s. Many savvy parents know that in mild cases of jaundice, they can accomplish the same thing by simply exposing their baby’s skin to sunlight for short periods. This is how blue light therapy for neonatal jaundice was first discovered in the U.K. in the 1950s. The head nurse knew that jaundiced babies improved when exposed to sunlight and it was eventually proven when a lab technician on a long lunch break, left a baby’s blood sample on the windowsill. When he finally tested the blood, it showed far lower levels of bilirubin than expected. They realized the sunlight on the blood sample had caused this pigment to be broken down to a form easily eliminated in the baby’s waste. Testing determined that a specific color/wavelength in the blue light range was most effective for treating jaundice, which Dr. Cremer published in the Lancet in 1958. Ten years later, blue light jaundice therapy became the hospital standard in the U.S. So how does it work? Sunlight is made up of visible light as well as Ultraviolet (UV) and Infrared (IR) radiation. We perceive visible light as white light but it’s actually a combination of all of the spectral colors red, orange, yellow, green, blue, indigo and violet. You can see these colors anytime there is a rainbow in the sky. Each of these colors, consisting of over 300 different wavelengths, have different healing benefits for our bodies. There have been numerous scientific studies about the healing and cancer-preventing aspects of UV and IR (though we still hear a lot of myths about UV causing cancer), but rarely do we hear about the healing colors contained in sunlight. 44

Biophysics and medical research have now shown that we actually need all of these color rays, as well as the vital UV and IR rays, for optimal health. Humans evolved under sunlight so this makes perfect sense. If you think of sunlight as a full spectrum multi-vitamin, then the individual color wavelengths are analogous to individual vitamins, all of which our bodies need to stay healthy. This is exactly why you may find yourself drawn to or craving certain colors in clothing, fabrics or paintings at different times. It’s very similar to how we may crave fresh oranges if we’re coming down with a cold – our body knows that the vitamin C in the oranges will help restore our health so it creates a craving for that food. We may find ourselves craving stimulating colors like red, orange or yellow, when we’re feeling tired, depressed or in need of energy. Research shows that simply staring at the color red in paintings or other items stimulates the sympathetic nervous system

rate and lowers blood pressure. There have been literally thousands of research studies about the healing effects of colored light, although most so far, have been on red and blue. NASA first discovered in 2001 (Whelan, 2001) that red and Near IR light have very strong cellular regenerating effects. These longer wavelengths have been shown to heal wounds, mouth ulcers, broken bones and damaged muscle tissue more quickly as well as stimulate new collagen growth (for anti-aging treatments), treat arthritis, injured joints and allergic rhinitis, stimulate stem cell growth and nerve regeneration, and even treat certain types of cancer. This research about red light would come as no surprise to medics who, during WWII, discovered that soldiers with wounds healed much more quickly with far fewer infections and amputations when placed in the sun with their wounds exposed instead of being bandaged-up indoors. Nor would it come as a surprise to the Swiss heliotherapy (sun therapy) clinics that treated children with tuberculosis of the bones in the early 1900s– their only treatment being sunbathing every day. Niels Finsen won the Nobel Prize for medicine in 1903 for his research using red light to treat Lupus Vulgaris and Small Pox, prompted by his belief that the sun had healing rays that people didn’t yet understand. Different wavelengths of blue light, in addition to the ones used for treating jaundice, are now commonly used for killing acne bacteria and treating Seasonal Affective Disorder (SAD), a type of depression caused by lack of sunlight or blue light. We all know that getting out under the sun just feels good. Not only has sunlight been scientifically proven to effectively treat depression, PMS, SAD and insomnia (because of its direct effect on circadian rhythms, melatonin and serotonin levels), most of us have had the direct experience of craving sunshine, especially during the cloudier winter months. So why is it that so many people are now avoid-

“IF YOU THINK OF SUNLIGHT AS A FULL SPECTRUM MULTI-VITAMIN, THEN THE INDIVIDUAL COLOR WAVELENGTHS ARE ANALOGOUS TO INDIVIDUAL VITAMINS, ALL OF WHICH OUR BODIES NEED TO STAY HEALTHY.” which speeds up heart rate and blood flow and gives us energy, much like caffeine does. Conversely, we may be drawn to blue or other cooling, calming colors like indigo and violet when we’re feeling stressed or overworked. Staring at blue stimulates the parasympathetic nervous system which slows down heart

ing the sun to our own detriment? Well, the myths about the cancer-causing effects of sunshine have abounded for decades even though the science over the past several years has shown that these myths are completely untrue. A 2014 20-year study of 30,000 Swedish women, 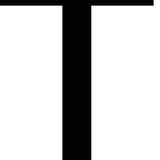