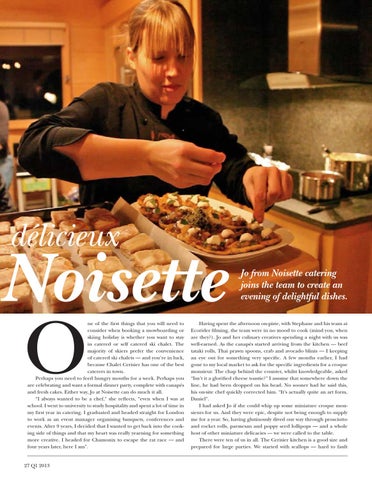 ne of the first things that you will need to consider when booking a snowboarding or skiing holiday is whether you want to stay in catered or self catered ski chalet. The majority of skiers prefer the convenience of catered ski chalets — and you’re in luck, because Chalet Cerisier has one of the best caterers in town. Perhaps you need to feed hungry mouths for a week. Perhaps you are celebrating and want a formal dinner party, complete with canapés and fresh cakes. Either way, Jo at Noisette can do much it all. “I always wanted to be a chef,” she reflects, “even when I was at school. I went to university to study hospitality and spent a lot of time in my first year in catering. I graduated and headed straight for London to work as an event manager organising banquets, conferences and events. After 9 years, I decided that I wanted to get back into the cooking side of things and that my heart was really yearning for something more creative. I headed for Chamonix to escape the rat race — and four years later, here I am”.

Jo from Noisette catering joins the team to create an evening of delightful dishes.

Having spent the afternoon on-piste, with Stephane and his team at Ecorider filming, the team were in no mood to cook (mind you, when are they?). Jo and her culinary creatives spending a night with us was well-earned. As the canapés started arriving from the kitchen — beef tataki rolls, Thai prawn spoons, crab and avocado blinis — I keeping an eye out for something very specific. A few months earlier, I had gone to my local market to ask for the specific ingredients for a croque monsieur. The chap behind the counter, whilst knowledgeable, asked “Isn’t it a glorified cheese toastie?” I assume that somewhere down the line, he had been dropped on his head. No sooner had he said this, his on-site chef quickly corrected him. “It’s actually quite an art form, Daniel”. I had asked Jo if she could whip up some miniature croque monsieurs for us. And they were epic, despite not being enough to supply me for a year. So, having glutinously dived our way through prosciutto and rocket rolls, parmesan and poppy seed lollipops — and a whole host of other miniature delicacies — we were called to the table. There were ten of us in all. The Cerisier kitchen is a good size and prepared for large parties. We started with scallops — hard to fault 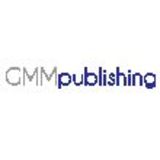 With all the recessionary doomand gloom at the moment, a quickescape to the mountains was greatlyappreciated. Considering the usualdrama fro...

With all the recessionary doomand gloom at the moment, a quickescape to the mountains was greatlyappreciated. Considering the usualdrama fro...