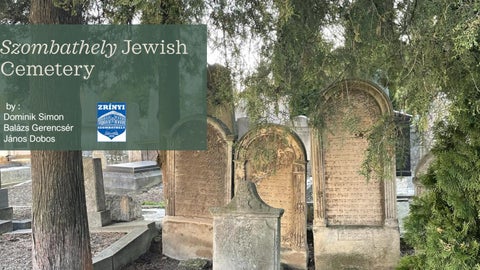 • For almost 200 years, Jews in Szombathely and its surroundings have been buried in

the cemetery on Bercsényi Street. Visitors can learn about the otherwise closed tomb garden on guided walks, courtesy of the Local History Club of the Berzsenyi Dániel Library and the Beautification Association.

It is very important to point out that the cemetery had to be surrounded by a stone wall, so that it is clear to everyone that there is a cemetery here, and that anyone who enters knows that in a ritual sense it enters

an unclean place. The cemetery had to be located 30m from the nearest inhabited area. Once this area did not look like this, but now it is built around double-storey houses.

The characteristic feature of the old Jewish cemeteries is that, it’s symbolizing equality after death. Roughly identical headstones were

cerected for everyone, with Hebrew on one side and german, goth on the other, and later with Hungarian inscriptions as assimilation progressed.

In the Jewish creed, the dead are always laid face to Jerusalem.

• According to the regulations, there should be a distance of 60 cm between the graves. However, in Christian cemeteries, everyone

started to make the tomb bigger, so the graves are now very close together.

In Judaism, they don’t put candles or flowers on the graves,

instead they put beautiful stones and pebbles to commemorate their loved ones.

• Although no flowers are brought to the graves in judaisum, it is now that relatives of non-Jewish creeds bring flowers because they do not know the law because of mixed

• Jews can only bury themselves in the ground, cremation will not yield. There was a community where the bottom of the coffin was removed so

that the person could come into direct contact with the ground.

The oldest Jewish symbol is undoubtedly the seven-proned candlestick, the meno. That word means lantern in Hebrew. It resembles a tree that curves upwards in parallel, the branches of which span the main branch, which curves upright from the trunk on both sides. Even in the 15th century BC, in the age of Moses, he played an important role: he was at the center of the Sanctuary of the Wilderness, and his flame could not sleep for a moment.

triangles, or the star of David. His first archaeological emergence came from Sidon, now Lebanon, in the 7th century BC. This symbol appears on the tombstone of

Ben Asayhu, a Jew from Sidon, which then appears on the frieze of the Synagogue of Kfar Nahum in northern Israel. The first mention in Europe of the six-proned star as

a symbol of Judaism is interestingly related to Hungarian history. According to a contemporary source, the Jews also marched solemnly in the wedding

procession of King Matthias and Beatrix in 1476.

• It is important to mention that this is a 2-in-1 cemetery. There is also the Jewish Orthodox and Neolog cemetery.

• Only believers are allowed in the Jewish Orthodox cemetery. Brooklyn Jews had their stone fence built in 2011. They are no longer buried here because there are no Orthodox living in Szombathely.

Thank you very much to our training teacher: - Várnainé Balogh Beáta

Thank you for your contribution: -To the Jewish Community of Szombathely -Mayer László -Spiegler Tibor 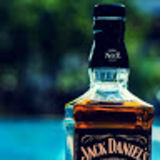