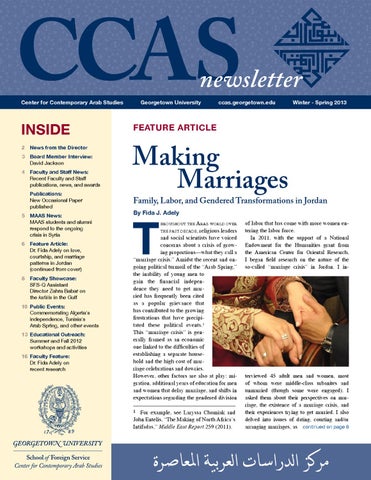 Arab world over the past decade, religious leaders and social scientists have voiced concerns about a crisis of growing proportions—what they call a “marriage crisis.” Amidst the recent and ongoing political turmoil of the “Arab Spring,” the inability of young men to gain the financial independence they need to get married has frequently been cited as a popular grievance that has contributed to the growing frustrations that have precipitated these political events.1 This “marriage crisis” is generally framed as an economic one linked to the difficulties of establishing a separate household and the high cost of marriage celebrations and dowries. However, other factors are also at play: migration, additional years of education for men and women that delay marriage, and shifts in expectations regarding the gendered division hroughout the

1 For example, see Laryssa Chomiak and

of labor that has come with more women entering the labor force. In 2011, with the support of a National Endowment for the Humanities grant from the American Center for Oriental Research, I began field research on the nature of the so-called “marriage crisis” in Jordan. I in-

terviewed 45 adult men and women, most of whom were middle-class urbanites and unmarried (though some were engaged). I asked them about their perspectives on marriage, the existence of a marriage crisis, and their experiences trying to get married. I also delved into issues of dating, courting and/or arranging marriages, as continued on page 6 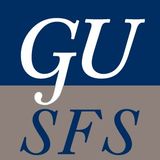