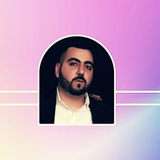 George Eritsyan began his executive career in 2006 in California with Quest Building Services, Inc. of Van Nuys, CA. Serving as its CEO, he developed the concepts he would later put into practice with Titan. This includes the concept of a 24-hours a day, seven days-per-week, on-call maintenance company that would address emergencies as the standard mode of operation rather than requiring an added fee. George later sold Quest to Texas-based ServiceMaster in 2009 and stayed on to run the organization as its President until 2014 when he took the helm of Titan Facility Services. Under his leadership, Titan has quickly become one of the premier facility service companies in Los Angeles thanks to its innovative approach and commitment to customer satisfaction. With over 15 years of experience in the industry, George is a true expert in his field and has helped to revolutionize the way facility services are delivered.1 He is a thought leader on topics such as operational efficiency, service delivery models, and technology integration in the facility services industry and is frequently sought out for his insights by leading publications such as Facilities Management Magazine and Janitorial Products Magazine.2 George is a graduate of the University of Southern California School of Business where he earned his MBA. He currently resides in Los Angeles with his wife and two young children.3