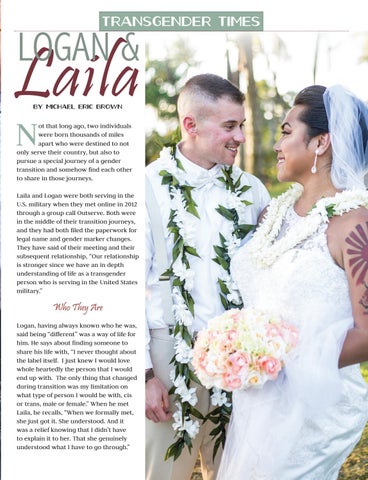 ot that long ago, two individuals were born thousands of miles apart who were destined to not only serve their country, but also to pursue a special journey of a gender transition and somehow find each other to share in those journeys.

Laila and Logan were both serving in the U.S. military when they met online in 2012 through a group call Outserve. Both were in the middle of their transition journeys, and they had both filed the paperwork for legal name and gender marker changes. They have said of their meeting and their subsequent relationship, “Our relationship is stronger since we have an in depth understanding of life as a transgender person who is serving in the United States military.”

Who They Are Logan, having always known who he was, said being “different” was a way of life for him. He says about finding someone to share his life with, “I never thought about the label itself. I just knew I would love whole heartedly the person that I would end up with. The only thing that changed during transition was my limitation on what type of person I would be with, cis or trans, male or female.” When he met Laila, he recalls, “When we formally met, she just got it. She understood. And it was a relief knowing that I didn’t have to explain it to her. That she genuinely understood what I have to go through.”

Gay Weddings and Marriage Magazine goes beyond wedding day tips to address the needs of LGBTQ families and marriage. Advice from wedding coordinators experienced in LGBTQ ceremonies are mingled with tools from marriage counselors to make a relationship successful. GWM also addresses the family planning needs of so many LGBTQ couples with columns regarding adoption, foster care, surrogacy, and more. 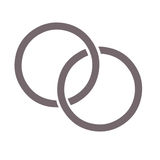