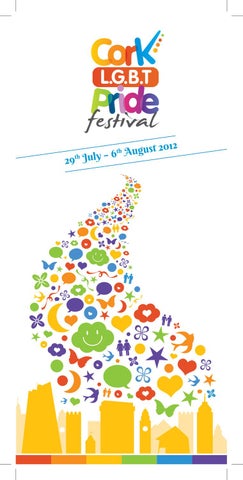 Firstly, I’d like to extend the warmest of Cork welcomes to you all. We are the friendliest, most vibrant of Pride Festivals, and have the largest parade outside the Capital!

The theme of this year’s Parade is “Our Future.” What does that mean to you? We are living through the greatest period of change in LGBT culture and all the years of hard work are coming to fruition, and are beginning to pay off. This year, our official launch is in Cork City Hall, which in itself sends out a strong signal, and heightens our visibility. Cork City Council has long been an advocate for our Festival, and in July, they made history by becoming the first City Council in Ireland to unanimously voting for the “same rights & entitlements to civil marriages for all citizens of Cork City regardless of race, religion or sexuality.” Whilst many citizens of Ireland may feel that marriage (gay or straight) is not something that’s right for them, choice is what is being denied here, and that is why Gay Marriage Equality is being seen as the human rights issue of our generation. Many people seem to think that Cork LGBT Pride has a life of its own, however after each Pride year finishes, as the last of the rainbow flags are taken down, another Pride year begins. We all owe an enormous debt of gratitude to the Committee and the Volunteers for their support, commitment, and hard work. And of course you, for your support, in being a part of making Cork Pride the phenomenal success it has become! Here’s to another year of madness and mayhem! Wishing everyone a very Happy Pride! Clive Davis Chairman, Cork Pride 2012

’s r o y a M Lord welcome A Aoinna Oirirce, tá rímeád orm fáilte chur róimh go léir chuig Cathair Chorcaí. Cork City prides itself on being the “Festival City” of Ireland and the annual Gay Pride Festival adds significantly to this. The Pride Festival has grown significantly over recent years and now is a weeklong festival with events hosted in a number of venues across the city as well as a parade through the main thoroughfares of Cork. The Festival has been accepted by the people of Cork and is looked forward to every year for the fun, colour and the huge attendance it brings to the city, its economic contribution as well as opportunities for discussion that it brings. As a trading city, Cork has always been open to and accepting of diversity. Recent years has seen a closer working relationship and partnership between Cork City Council and Gay Advocacy and Support Groups. This partnership has extended to the business and commercial sector of Cork with Idaho Day and LGBT Awareness Week now firmly established and supported. In July this year Cork City Council became the first local authority in the country to pass a motion in support of equality in marriage for same sex couples. The motion was passed unanimously and demonstrates the willingness of public representatives from all sides of the political debate to recognise and support rights for all people, regardless of sexual orientation. Tá sé tabhachtach go leanaimís leis na nascanna idir Chomhairle Cathrach Chorcaí agus eagraisí mar sibh. Gúim gach rath oraibh leis na gníomhaíochtaí atá ar siúil agaibh. John Buttimer Lord Mayor

I like my beer cold, my TV loud, and my homosexuals fa-laaaaming

POUTfest 2012 - ‘Circumstance’ 107 mins - France/USA/Iran 2011 Subtitles - Dir: Maryam Keshavarz. Two young Iranian girls struggle with their desires and the boundaries placed upon them by the world they were born into.

For Corks best Gay night out Open Every Wed - Sun

Check out our web & Facebook pages for up coming events, great nights out and more info

e Floor’ It On Th

The Hunt Returns 3rd Annual treasure hunt hosted by the MeetnGreet & GayCork.com. Run around the city trying to find the answers to questions and clues. Ranging from simple to fiendish, you’ll be kept on your toes. Entry: €2 - Proceeds to Other Place.

7pm / The Other Place

Entry €3 - Part of the entry fee will be donated to Cork LGBT Pride. Pride Bingo.

Youth Information Day They will be available for questions and will showcase work done by the youth group throughout the year.

Remembrance Service All welcome, with performances from Choral con Fusion.

11pm till late / Freakscene at the Roxy

Join us in Freakscene for our 60’s80’s night, celebrate the decade that taste forgot with 1980’s fashion and music on floor one or dress 50’s Madmen or psychedelic for the 60’s floor, champagne for the best dressed and it will be, right here right now electronica in the roof garden as always! Entry: €6 (€4 before 11.30pm) - Part of the entry fee will be donated to Cork LGBT Pride.

7pm / The Other Place

Coming Out as an LGBT Person Contributions from each part of the community.

Funk and Something with Fabula Di Beaumarchais, Kitty Cartier and special guest Emer. €5.00 Entry - with free admission to Ruby’s.

Readings from their own books by Gay Author Jamie O’Connell.

Pride’s very own ‘Gay Olympics’ and Dog Show! Come on guys and Gals, get your kit on for the annual sports day. This year we will have a packed schedule which includes 5 a side football, high-heel dash, tops and bottoms race, lipstick relay to mention but a few.

DJ Karen on loan from The George.

Pre & Post parade with a free barbecue and Eddie Kay on the decks.

The 7th Annual Cork LGBT Pride Parade The highlight of week is the Pride Parade and this years marks the 7th LGBT pride parade to be held in Cork. This years theme is “Our Future”. Pride parades express the intention to remain unified, visible and vocal in terms of LGBT identity, welfare and equality. Last year we had an amazing 3000 people in attendance and this year we hope to top that! So come on down and lend a hand to carry the 40 foot Pride Flag or cheer on your community from the sidelines.

The parade starts and finishes at the City Library on Grand Parade. 4pm / Chambers

The Woodford would like to wish all its patrons a very happy pride. Winners of the LGBT Friendly Business Award 2012 20

HAPPY PRIDE! Proud to celebrate our 24th year as your community magazine.

Freakscene (at the Roxy)

Photography by Alex Wightman i www.forever-imagery.com 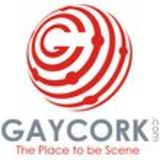