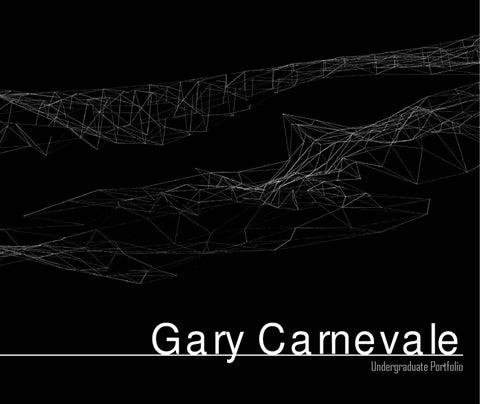 The bus shelter is based on the environmental conditions at the site. The form is bent in the shape of a hook to protect users from strong northwestern winds. To shade during warm months the design became a curve in section as well. Looking into forms of a double curve the human hand became the parti of the project. Two separate shells of polycarbonate panels are supported by powder coated steel structure, allowing seating with different qualities of space.

The warehouse uses the expression of structure to achieve efficiency and the creation of dynamic space. Two different over-lapping truss systems meet at a southern facing clearstory that supplies the building with most of its daylight. Under the clearstory is a trombe wall that helps to regulate the temperature of the building. A drive-through loading dock doubles as parking and was designed with a wall that swings down for efficiency.

Experimental Modeling is an advanced elective course which focuses on the relationship between digital techniques and the design process. Starting with a cracking “script” the project developed into experimentation in fenestration. The program was designed to find a polygon’s centroid and connect it to its vertices and continues into the newly developed geometry. Another iteration of the “script” replaces the straight lines with curved ones to achieve a different aesthetic. The aesthetic changed with the use of curves replacing straight lines. The aluminum table was designed using a form generating “script” that picks points in space within design parameters. A CNC router was used to cut the flattened form out of sheet metal. Five pieces were then bent by hand along dashed cuts and connected at folding tabs to construct.

The Masters of Science in Sustainable Design program was to be sited on Philadelphia University’s campus. The form’s placement and orientation create a larger populated quad and central community space on campus. Light studies were performed to select different day-lighting techniques in several spaces. The arms of the tessellated form (based on The Colonnade of St. Peter’s Square) extend from the geometric form to greet users of the new quad. The triangulated and gridded forms, by their connection at the vertical circulation interrupted each other’s order.

Harvesting the Future serves as a model for urban growth by blending technology with natural growing methods. Growing vertically provides social, environmental, and economic benefit to the expanding urban community, and as each element evolves harvesting the future challenges the limits of technology to accommodate the increasing need for farming in the city. Concepts of shifting density and interweaving spaces emerged to inform the design approach for Harvesting the Future. The incorporation of the public into the program of this building is essential; a market space cuts underneath allowing community ownership of vendor spaces. In the levels above, interior parks are created by weaving planes of hydroponic planter systems with light and circulation. Form is based on site conditions and the movement of the sun while setting it apart visually as a forward-looking addition to the community.

John Stewardson Memorial competition entry, selected one of eight out by in-house jury to be sent statewide to compete. The program was redeveloping the Reading Viaduct in conjunction with designing a cinema and urban park. The dominate gesture is two undulating steel space trusses supporting aluminum panels that shade outdoor spaces. These start at opposite ends of Spring Garden Street and pull the eye of pedestrians to the top of the Reading Viaduct, where an urban park has been developed to create a nexus between both sites. An outdoor theater is accessible from the southern part of the raised park, connecting the viaduct and the street with structure that rises toward the street to shelter the entrance of a submerged parking garage. The parking structure is hidden by a triangulated screen system on the Eastern and Northern facades of the cinema that is based on the parti of opening theater curtains and connects the building to the truss system.

Acknowledging the inevitable political barrier between the United States and Mexico, this in progress project provides Mexican citizens with a positive space within the border. Within this blurred boundary the two sides develop a mutually beneecial relationship that is achieved through an educational employment of citizens that are seeking an escape from poverty. The relationship of Laredo and Nuevo Laredo has always been a trade beacon for the two countries but in recent times has become an area of violence and drug smuggling. The United States Government has spent a great deal of money in attempts to keep illegal immigrants out of the U.S. and these eďŹ&#x20AC;orts have proved unsuccessful. If the division between the two cities became proactive and weaned itself oďŹ&#x20AC; the U.S. taxpayers money the border could begin to have meaning, while being a place of political celebration rather than a barrier that divides two similar cultures. Creating an economically sustainable, educational community for an area with high unemployment will begin to allow this project to give directly back to the inhabitants it interacts with. Community exploration

Over 50% of the world's population lives closer than 3 km to a freshwater body, and only 10% of the population lives further than 10 km away. Fresh water is something that we cannot live without-it should be seen as a celebration not a divide. The Rio Grande is the geographical barrier between Laredo and Nuevo Laredo; it is very polluted and is seen as an unpleasant place. The two cities share this river yet neither takes care of it, the cities even block the view of it with other infrastructure. This architectural exploration on the Rio Grande River seeks to educate on water treatment and halt the pollution, and will begin to reimagine a political barrier that creates better conditions for each city. Project goal 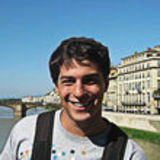