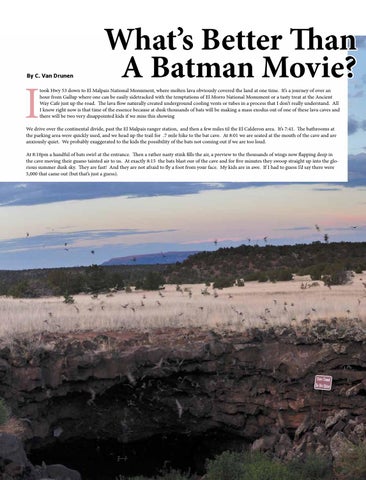 What’s Better Than A Batman Movie?

took Hwy 53 down to El Malpais National Monument, where molten lava obviously covered the land at one time. It’s a journey of over an hour from Gallup where one can be easily sidetracked with the temptations of El Morro National Monument or a tasty treat at the Ancient Way Cafe just up the road. The lava flow naturally created underground cooling vents or tubes in a process that I don’t really understand. All I know right now is that time of the essence because at dusk thousands of bats will be making a mass exodus out of one of these lava caves and there will be two very disappointed kids if we miss this showing

We drive over the continental divide, past the El Malpais ranger station, and then a few miles til the El Calderon area. It’s 7:41. The bathrooms at the parking area were quickly used, and we head up the trail for .7 mile hike to the bat cave. At 8:01 we are seated at the mouth of the cave and are anxiously quiet. We probably exaggerated to the kids the possibility of the bats not coming out if we are too loud. At 8:10pm a handful of bats swirl at the entrance. Then a rather nasty stink fills the air, a preview to the thousands of wings now flapping deep in the cave moving their guano tainted air to us. At exactly 8:15 the bats blast our of the cave and for five minutes they swoop straight up into the glorious summer dusk sky. They are fast! And they are not afraid to fly a foot from your face. My kids are in awe. If I had to guess I’d say there were 5,000 that came out (but that’s just a guess). 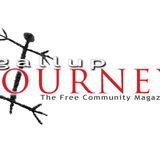