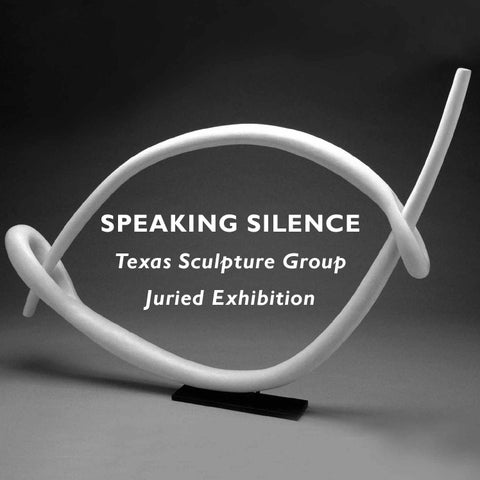 published in conjunction with the exhibition

SPEAKING SILENCE / Contemporary Sculpture Gallery Shoal Creek is pleased to collaborate with Texas Sculpture Group to present this engaging exhibition, Speaking Silence. Eighteen three-dimensional works, selected from over ninety entries by Texas Sculpture Group members, will be on view in the galleryâ&amp;#x20AC;&amp;#x2122;s urban space in the Flatbed Building. The exhibition focuses on the contemplative nature of contemporary sculpture and how artists use the language of silence to convey ideas. Artistically, each of the exhibiting sculptors meld form and material seamlessly to create objects that engage, spark curiosity, and stimulate inquiry. In defining the parameters of the exhibition, I focused on the idea of how form and material speak as one and how the artist defines his or her voice working threedimensionally. I am particularly fascinated with the compositional relationship between the object and its surroundings and how the sculptor uses voids and negative spaces to connect the two. Undulating lines and changing angles suggest movement while evocative patterns cast shadows and illusions take hold of our imagination. Such is the magic of contemporary sculpture. Judith Taylor, Exhibition Juror Owner, Gallery Shoal Creek

Elizabeth Akamatsu’s art celebrates a passion for precision and beauty, and a reverence for the wonder of nature, where she finds endless examples of beauty and relationships. Her intriguing sculpture, The Needle&#39;s Eye, presents a range of associative meanings while leaving a sense of vagueness that insists the viewer complete the narrative. The intertwining needles—suggestive of male and female sexuality—emerge as a fertility symbol bringing universality. Suddenly a simple ageless form becomes a complex, expressive object.

Inspired by alternative architectural methods, Melissa Borrell creates sculptures and installations that integrate light, shadow and movement into space-transforming artworks. In Expanding Landscape II, she explores the relationships between line, form, plane and volume. Made from simple materialsâ&amp;#x20AC;&amp;#x201D;Mylar and monofilamentâ&amp;#x20AC;&amp;#x201D;shadow and light are as much a part of the piece as the physical materials.

Lauren Browning’s sculptures reflect a meditative balance between her drive to explore logical possibilities and the artist’s delight in creative discovery. She is fascinated by the relationships between lines and surfaces, the intersections of seemingly disparate forms, and how light transforms them all. Her complex, fascinating forms present an overall grace and fluid movement from any angle.

Valerie Chaussonnet likes to work with recycled materials, cast-out fragments that were not recognized as valuable or whose value was seen solely in the practice of creating them. Kissing Brancusi is made from recovered steel from the torch-cutting table used for 25 years by ACC welding students and faculty. To her eyes, it is historical and the patina and wear of the material is of incomparable beauty.

Susan Fitzsimmonsâ&amp;#x20AC;&amp;#x2122; bronze castings remind us that past cultures created art as a way of transmitting values, often by the representation of powerful ancestral beings, as sentinels or guardians of culture and myth. Chance and randomness are intricately woven into her process of making things and casting bronze. The viewersâ&amp;#x20AC;&amp;#x2122; time and contemplation of both form and materials is required before a piece such as Ancestral Quest reveals itself.

Contradictions are at the heart of Jerry Freid’s three-dimensional pieces. Metal as a material conveys strength and rigidity; in creating sculptural works from a variety of found metals, Freid transforms the basic characteristics of the material into something new. In The Wave, he joins pieces of metal—some braided, others welded—to express movement and tension in space. What started as rigid becomes airy and undulating, a bit off-kilter and out of balance, and visually appealing.

Michael Furrhâ&amp;#x20AC;&amp;#x2122;s sculptures are the means for him to conceptualize questions about movement and growth in dependent systems. His current body of work features representations and interrogations of the substance of chaos and order; destruction and construction, randomness and forethought, as well as growth and decay. Formally, he is interested in making objects that, through balance and imbalance, generate for the viewer an emotional response and in turn prompt wonder in the complexity and beauty of experience.

Amy Gerhauserâ&amp;#x20AC;&amp;#x2122;s Pacif ic Gyre Series deals with the issue of plastic debris in the ocean and the environmental hazard for marine life. The series involves combining many small parts into a larger whole; employing repetitive techniques which make accumulative forms possible. The process of this work not only mirrors the slow, continual increase of the environmental tragedy but also serves as physical manifestation of penance, meditation on loss, and hope for a solution.

An ever-evolving curiosity about the medium of clay drives Kathi Herrinâ&amp;#x20AC;&amp;#x2122;s experimentation with form and function. At times the work is carefully planned, other times spontaneous and intuitive. Either way, it resonates across the spectrum of shared emotions. Heritage reaches deep into the past and stands as a quiet reminder of traditions and cultures. A moment of thought-provoking silence emerges, allowing space for reflection and insight.

Suggesting that one work can&#39;t be viewed in isolation, Jason Mehl asks us to imagine what else was there. Are parts missing? Was this a remnant of something larger, and if so, what? An individual piece implies infinite possibilities of shape, scale and function. For Mehl, sculpture is a medium to visualize beyond the object and create ambiguous, composite forms based on the intuitive geometry of nature.

Caprice Pierucci has chosen wood as an expressive medium to define the images in her mind. She is drawn to natural forms: earth erosion, calcite in cave formations, wind on the desert sand. Detritus of man-made objects are also appealing: such as old refrigerator grates, cracks and scratches on metal or in cement, squashed recycled cardboard. She creates sensual experiences which provide a deeper, underlying place to reflect. The undulating rhythms in forms such as White Vessel I speak to mortality and the huge expanses of time that led to this particular moment of beauty.

Cat Quintanillaâ&amp;#x20AC;&amp;#x2122;s current work pulls from many visual troves including universal forms found in nature and abstract yet hauntingly familiar icons from generations past. Her sculpture brings the power of the third dimension to play and seeks to evoke a gentle rainbow of emotional responses and a curious wonder for the medium of stone.

Living in South Texas, Paul Seeman is concerned with the impact of the energy industry on communities. Gateway to Texas is a thought-provoking piece made of circular strips of wood suspended on an assemblage of pipes. While the industry leaves its mark on the land, it affects communities and people the most. The shadows cast by the piece loom literally and figuratively, emphasizing the lasting impact of the industry.

Sabine Senftâ&amp;#x20AC;&amp;#x2122;s #8 Uprooted alludes to the sacred heart imagery as well as to the realities of displacementâ&amp;#x20AC;&amp;#x201D;that of the artist, native peoples here locally and globally, and last but not least the individual as uprooter. Senft speaks of destruction and suffering, while suggesting compassion by creating balance and beauty in her work.

Judith Simondsâ&amp;#x20AC;&amp;#x2122; interests lie in the natural world, the cosmos, human history and the relationship between mythology and religion. She is intrigued by the duality of existence, both beautiful and repulsive, and her work is a celebration as well as trepidation toward life and death. Her sculptures, one of a kind, hand-built, low-fire clay pieces, center around themes of organic forms, spiraling movement, symbolic dream-like imagery, caves and portals.

Muted by nostalgia, Mike Stephen’s seductive configurations seek an embodied connection with the past, recruiting the viewer as witness. Deconstructed and decoded materials and metaphoric layers of representation create what he tags “psychotronic arrangements” that function as an archive of the VHS era and its autonomous sensibilities.

Hank Waddell’s devotion to wood began as a youth. “Most of my extra minutes were spent in the woods on the outskirts of Houston. I named my favorite trees, sat in the tops of pines, watched storms approach and held on for a wild ride.” These experiences led first to construction, furniture design, and then three-dimensional art. In his action figures, such as Larry, Curly, and Moe, negative space dominates as the lines drawn in space make contradictive shadows depending on your angle of view.

Bones culturally are displayed to honor, yet sometimes the bones of victims are never found. So Jo Zider has made facsimiles in clay to declare the space in the absence of life; for the silence now imposed. As an art form, used in repetition, they can reach a critical mass and are configured in number matching the number of victims in specific crimes

For half a century, the International Sculpture Center, based in New Jersey, has been advancing the creation and understanding of sculpture internationally. Providing resources, bringing together artists and patrons, convening conferences and publishing Sculpture, an international, monthly magazine dedicated to all forms of contemporary sculpture are just a few of the organizationâ&amp;#x20AC;&amp;#x2122;s initiatives. Texas Sculpture Group is an affiliated chapter of ISC, and one of just three branch organizations. Chicago Sculpture International and the Pacific Rim Sculptors Group join TSG in promoting contemporary sculpture as an art form regionally. With 118 current members, Texas Sculpture Group works to advance camaraderie among those who make, collect, research and simply enjoy sculpture in Texas.

A juried, collaborative exhibition with the Texas Sculpture Group 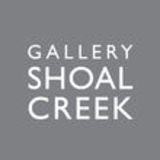