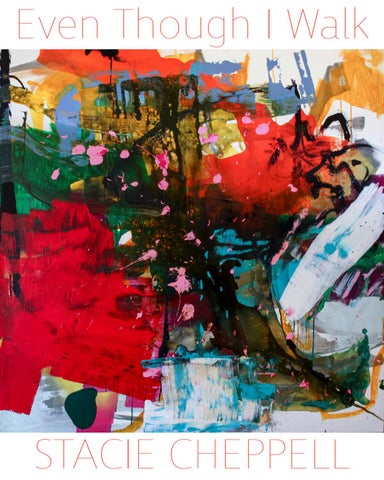 Even Though I Walk

Even Through Walk by Srtacie Chappell “Even Though I Walk” is a collection of abstract works that explore the nature of the darkness that has seemed to shroud every part of our lives, and expresses the power of art to provide comfort and courage for the artist and viewer alike. My creative process begins with the pouring, mixing, and scraping of various media, including markers, fabric dyes, inks, acrylics and oils. The work evolves on a purely instinctual level as I work the canvas up in layers until the resulting forms and gestures produce a dynamic, abstract landscape. Chappell is represented by Gallery IMA in Seattle, WA. The artist’s work resides in private residences and public collections owned by the City of Seattle and the Jackson Jet Center in Boise, Idaho.

Even though I walk time slips and surges forward I felt the house shake, deep. a chasm, a mile long Where the seer dwells there is a narrow pass seen through corrected lenses a mirage awaits for a watch women’s sigil To cast a spell Cosmetic spirits Cover up the darkness for under my mask I cannot breathe patiently waiting for instruction as I walk in moderation

Seen Through Corrected Lenses acrylic, oil, enamel on canvas 48 by 48 in.

Where the Seer Dwells acrylic, oil, enamel on canvas 48 by 48 in.

Watch Womans Sigil acrylic, oil, enamel on canvas 36 by 36 in.

Cosemtic Sprits acrylic, oil, enamel on canvas 48 by 48 in.

Summer Blaze mixed media on canvas 48 by 48 in. 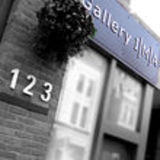 Gallery I M A