Comedy writer, poet and performer Martha MacDonald has a very noisy head… and an excruciatingly quiet tortoise. Unwittingly, this aforementioned tortoise has become the unlikely muse of her debut one-woman comedy show ‘SHELL’ coming to the Jersey Arts Centre this month. For one night only on 11 June at 8pm, SHELL is set to be a whirligig of stand-up comedy, oversharing, poetry and heavily tortoise-themed therapy. When Martha inherited this hibernating reptile from her grandparents, he came with a lot of baggage. For a creature that more greatly resembles an average sized boulder

than a pet; a creature who is 40% dandelions and 60% the unresolved burdens of familial guilt and responsibility – he certainly lives rent-free in Martha’s head (and garden) 100% of the time. So, why not make a comedy show about it? Martha has been commissioned by the Jersey Arts Centre to take up 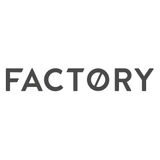